5G smartphones are the trend these days. At this point, almost every major brand has launched at least a few 5G-capable phones. However, looking at the price tag that comes attached to these phones, they aren’t cheap devices to get your hands on. But that is gradually changing as chipset manufacturers are now turning their attention to low-cost 5G chipsets. MediaTek, being a value-oriented SoC maker, has now launched the Dimensity 820 with 5G connectivity. It targets the upper mid-range SoC market and is a direct competitor to Qualcomm’s smash-hit, the Snapdragon 765G.

MediaTek launched the Dimensity series of mobile chipset back in November 2019. Unlike its existing chipsets, these chipsets come with integrated modems for 5G connectivity. The newly announced Dimensity 820 is the fifth one under the series, and it fits in between the Dimensity 800 and Dimensity 1000L.

Dimensity 820 is an octa-core processor based on the 7nm FinFET manufacturing process. It comes with four Cortex-A77 cores clocked at 2.6 GHz and four Cortex-A55 cores at 2.0 GHz. The setup looks similar to that of Dimensity 800 except for the higher clocked Cortex-A77 cores. In terms of GPU, MediaTek has added an additional core to the 800’s ARM Mali G57. Additionally, it also supports HyperEngine 2.0, which is a collection of software tweaks for better performance, especially in the graphics. For AI, it has MediaTek APU 3.0. 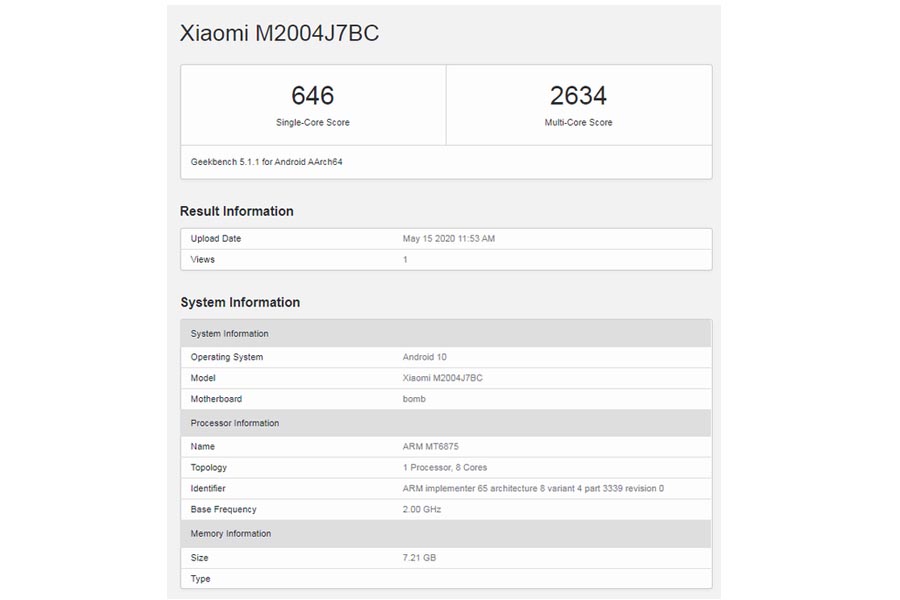 Also Read: The rise of Snapdragon 765G in the mid-range market

MediaTek has also addressed another rising trend among mid-range and flagship smartphones – a higher refresh rate. The new Dimensity 820 supports up to 120Hz screens. MediaTek has also included MiraVision Video which OEMs can implement in their product for better viewing optimizations. With this, smartphones can adjust different parameters of the display based on what it is showing, upscale SDR contents up to HDR, support HDR10+ visuals, all while still being battery efficient. Phones powered by Dimensty 820 can have up to four cameras, with support for up to 80MP single sensor. For portraits, it supports up to 32MP + 16MP cameras at 30fps. It can even capture and defuse frames at different exposure for multi-frame 4K HDR video.

Check out our comparison between Dimensity 1000 and Snapdragon 765G!