As soon as I hear Huawei, I remember the US-Huawei ban controversy and I guess it’s the same for most people. It was a huge setback for the company followed by all the havoc for customers. But now that the uncertainties are somewhat lower, Huawei has brought out some interesting phones in the South Asian market, like the budget Y9 Prime with pop-up camera and the upper mid-range Nova 5T with flagship Kirin 980 chipset. It’s been launched for some $400 in the international market and seems to have good specs on paper. But does the performance follow suit? Let’s find out in this Huawei Nova 5T review.

First off let’s get done with performance. As mentioned earlier, the phone has Huawei’s own Kirin 980 chipset. It’s actually the same chipset used on the much expensive P30 Pro, so needless to say it’s a great performer.

But, it’s 2019, and you do get a fair share of competition. The Redmi K20 pro, for example, for a similar price is a direct competition to the Nova 5T. For everyday tasks, there is no huge difference between the two. But with higher benchmarks and better gaming performance, the SD855 does prove its slight edge over the Kirin 980. Don’t get it wrong, both chipsets can handle everything you throw at it. However, SD855 just does the gaming part a little better. For instance, while you play PUBG, you have the option for going to extreme settings with the K20 pro whereas the Nova 5T lacks that. However, for the settings the phone offers, games have run smoothly in the Nova 5T.

There is also something called performance mode here that optimizes your device settings to deliver maximum performance, meaning the gameplay will be a little smoother and background processes are not limited. The downside to this is that you will experience battery drainage and also some heating. 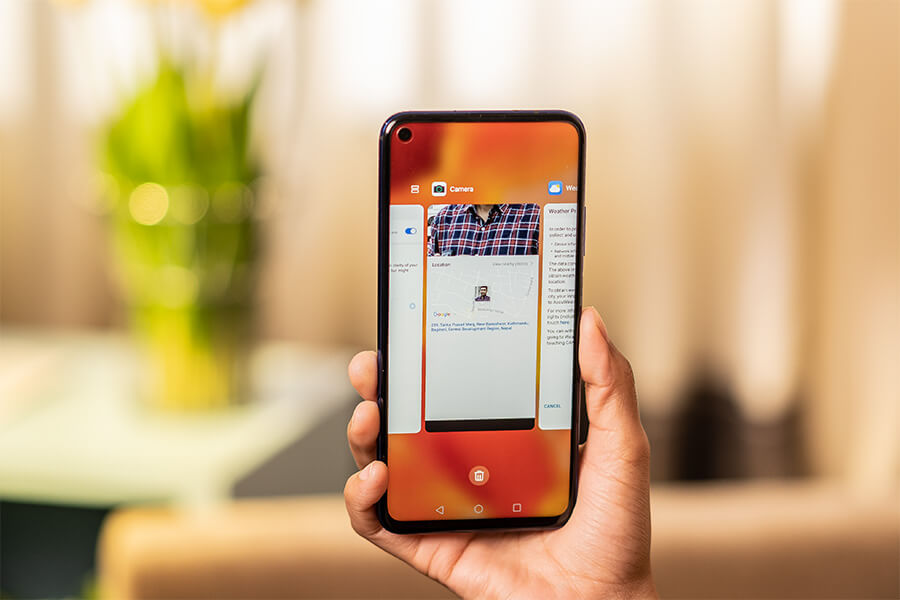 Normal day to day performance is smooth and multitasking has never been a problem thanks to 8GB RAM. You get 128 GB storage but no MicroSD expansion, which could be a bummer for some.

In conclusion, the Nova 5T, along with the K20 Pro, is the best value for money smartphones in terms of performance.

The performance is also complemented by Huawei’s EMUI. This phone runs on EMUI 9.1 based on Android 9 Pie. And because the latest Mate series also came with Android 10, there are chances that this phone will get it.

Now Talking about the EMUI 9, you do get some unwanted apps pre-installed here. You can delete 90% of them, so that’s not going to be trouble at all. However, I am not really a fan of the icons on EMUI. But the good thing about EMUI is that it’s not heavy like MIUI, so, transitions around the phone are smooth. 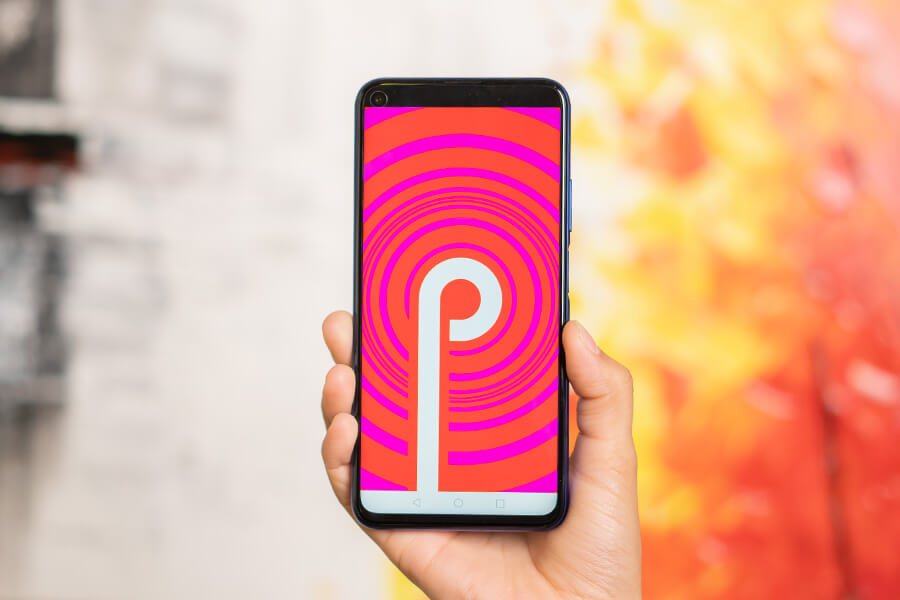 You also have dark mode here dubbed as color inversion feature. This feature is for people who are in love with dark mode.

The phone’s UI also does limit background processes properly, so you won’t notice lags while app opening or switching between the apps.

Okay now, moving on to the design, one thing that’s consistent with Huawei phones is that they have good design. The Nova 5T follows the same story! With metal frames and a glass body, the phone looks good and feels even better on the hands. What I like about this phone is how snuggly it fits on the hands. You get a fingerprint sensor on the right which is also your power button. It’s just like what we saw on the Galaxy S10e but the only difference being the fact that the sensor here is blazing fast. 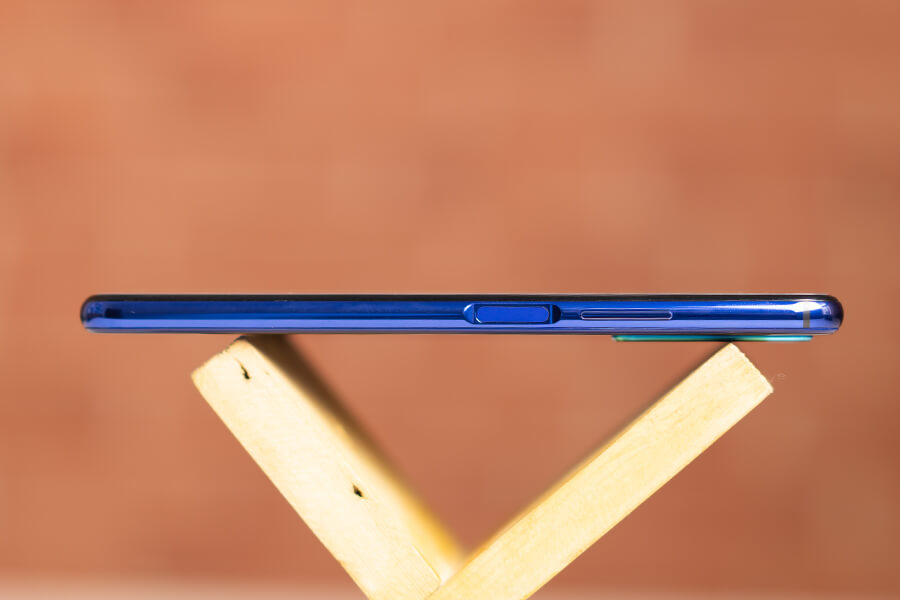 The back has many things going on. I have this Blue one which looks very shiny, thanks to its glass back. The Nova branding has been revamped to something like this. The purple variant has “Nova” written all over the back, which seems to me, a little bit crazy.

The left-top of the phone has a triple camera setup with an LED flash right below it. Down below, you see a USB-C port and a single firing speaker. The phone does not miss out on an IR Blaster which is good to know. But, sadly, you don’t have a headphone jack here. You get headphones inside the box, which have a type-C outlet.

I haven’t yet shifted to earbuds so, this is sort of a bummer for me. The single firing bottom speaker is however average to my liking. So, summing up, the design aspect has been well covered by Huawei on the Nova 5T, except for the absence of a headphone jack. The phone is light yet feels premium on the hands and I love the design.

I am not known to Huawei having AMOLED displays ever in it’s mid-range or even upper mid-range phones. So, yes, the 5T has an IPS LCD screen. It’s 6.26 inches in measurement and flaunts a punch-hole display on the top left corner. Now, this reminds me of the S10e again!

Now coming back to the Nova 5T, the display looks clean with minimal bezels. The punch hole is not obtrusive at all, so viewing content in it is a pleasure. 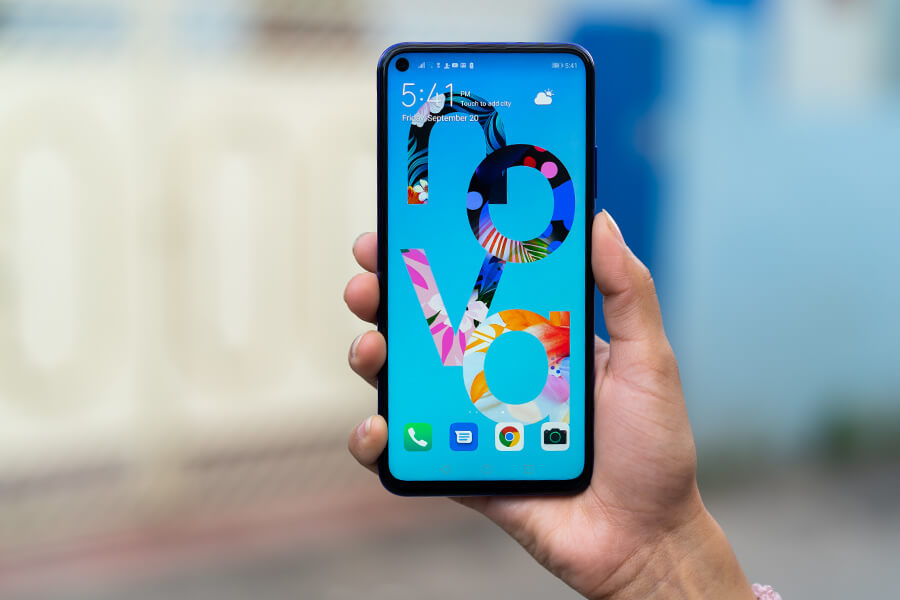 The display looks quite good, it has good viewing angles, sufficient brightness in outdoor conditions and nice color and contrast levels. For those who want to get more battery life, you have an option to downscale the display resolution to 720p. I really liked this feature and I think other phones too should implement this.

Side by side with the K20 Pro’s display, the Nova 5T is slightly less bright, just slightly so. Of course, the 5T’s blacks are not as good as the K20 pro’s OLED but the difference is not so huge to make a fuss about.

There is a tiny LED notification light in the speaker grills up top which is always a welcome addition.

The Huawei Nova 5T has a quad-camera setup at the back like a lot of smartphones these days. We get a primary 48MP sensor, a 16MP ultra-wide-angle lens, then a 2MP depth sensor and a 2MP macro lens. 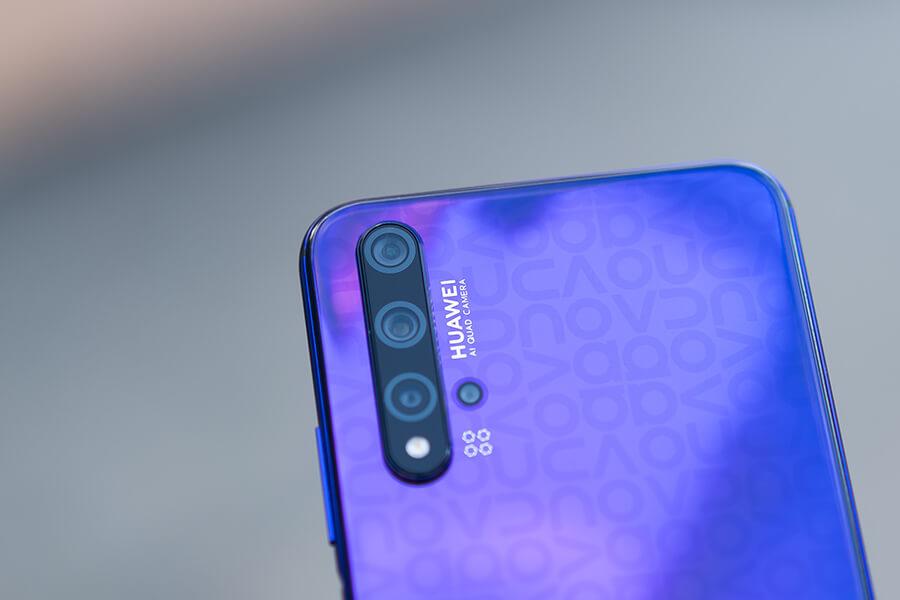 The extra macro lens is a gimmick if you ask me. The images are void of details. It’s only that the lens lets you get really close to the subjects, otherwise, it’s hardly any good.

For portraits, the Nova 5T uses the primary camera and when put in comparison with the K20 Pro’s portraits from the Telephoto lens, subjects do not seem to be distinguished well. But you can click portraits from the 2X zoom option as well if you wish to go closer to the subjects.

Side by side, K20 pro’s portraits look better in terms of color and background blur.

If you are satisfied with the portrait mode, there’s also this aperture mode, which is basically a portrait mode that lets you change the amount of blur and focus on the subject before and after taking portraits, which is nice to have.

Now normal images are pleasing to look at. Previously, photos from Huawei phones looked heavy on contrast but this time, the colors look almost natural. While I compared its images with the K20 Pro, the K20 pro’s looked to have slightly more saturation in them. When you look at the samples on the phone screen, K20 pro’s normal images look better, but in reality, both the phones give more or less similar outcomes.

For selfies, we have a 32 MP shooter. And this is the aspect that I have liked a lot about the cameras. The selfies are very good. 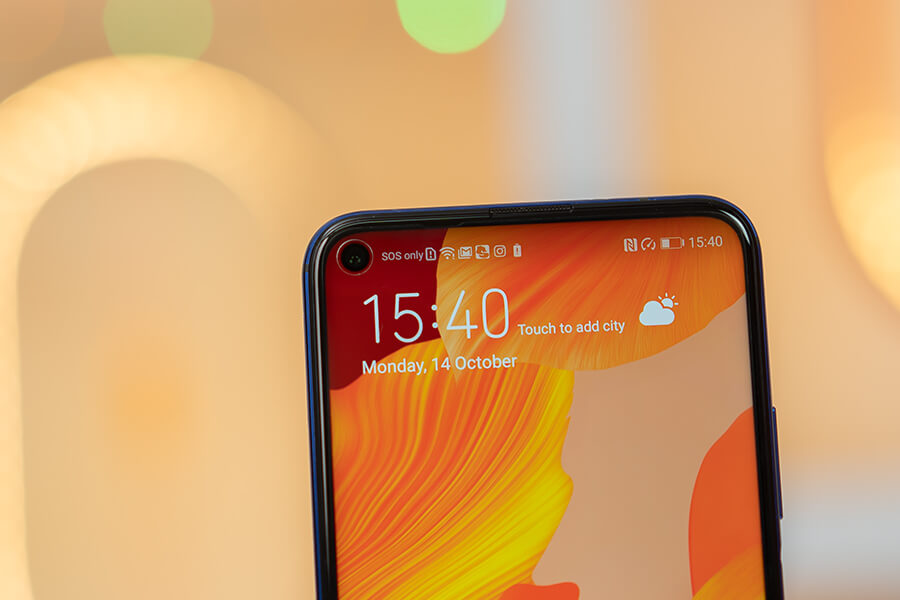 There is no in-built beautification here and the skin tone looks natural. Portrait selfies too look nice and pleasing. Again, comparing the selfies of the K20 pro with the Nova 5T, we can see that Nova 5T’s certainly looks better.

The phone does, however, struggle at night time photography as all the midrange phones do. There is Night mode to compensate for that. Details and exposure improve a lot with Night mode on. I compared the Night mode of K20 Pro with Nova 5T and both do good. There is not much difference, to be honest.

On a similar note, there is Gyro EIS in Nova 5T’s cameras so the videos are very stable and have good quality in them as well.

Though you don’t have a 4K 60fps option like the K20 Pro, the 4k 30fps option does good too. It’s stabilized and has good colors. You can even switch from normal to wide-angle to 2X zoom option in the same video, which is a feature I have liked a lot and I think this feature can be useful many times too.

So camera wise, you can say the Nova 5T’s camera is more or less similar to Redmi K20 Pro, with Nova 5T offering you better selfies and K20 Pro offering you 4K 60fps videos and 2X telephoto lens.

With the Huawei Nova 5T, you get a decently sized 3,750 mAh battery that gives a whole day on moderate usage.

And since I am a heavy user, I have to charge the phone at the end of the day, so Battery wise it’s like 8 out of 10 in my opinion. And one thing I noticed is the phone does a good job in idle standby.

If you want to improve your battery life, you can turn on the smart resolution option that automatically adjusts the screen resolution to save battery power. 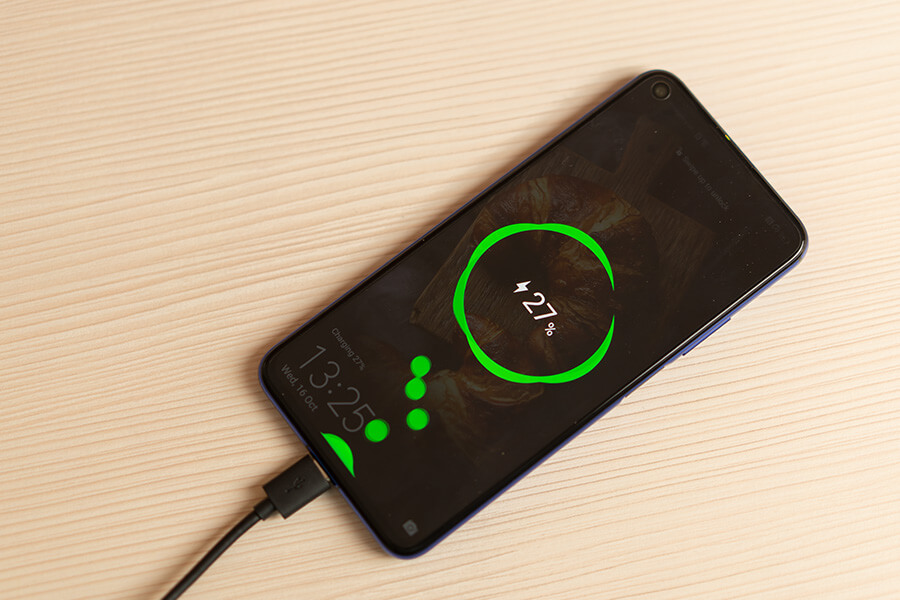 Charging is done very fast. The phone takes you one hour and 21 minutes to get from 0-100% with its 22.5-watt charger that comes inside the box.

So, overall, I really liked the Nova 5T. The design is good, the cameras are good, and the phone is, well, really fast. The only thing I wished this phone had is an OLED display because it’s the closest competitor, the K20 Pro and Vivo V17 pro have OLED displays. But despite all the shortcomings, I would still recommend the Nova 5T for some 400 dollars. 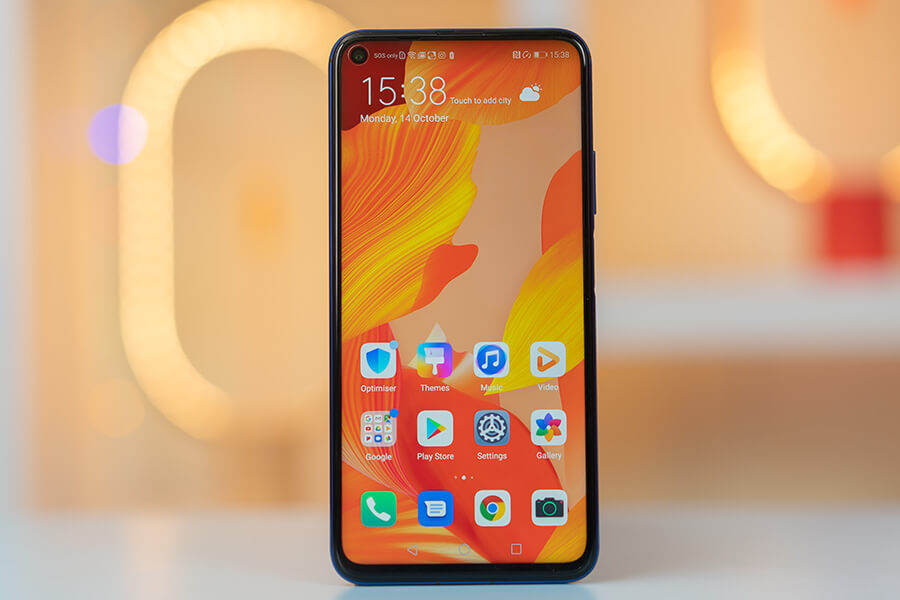 But, here in Nepal, the price of Noa 5T is Rs.53,900 which translates to some 475 dollars and for the lesser price, you get the 256GB version of the Redmi K20 pro. So, maybe Huawei Nepal could do some price revision to make the Nova 5T a bit more compelling.