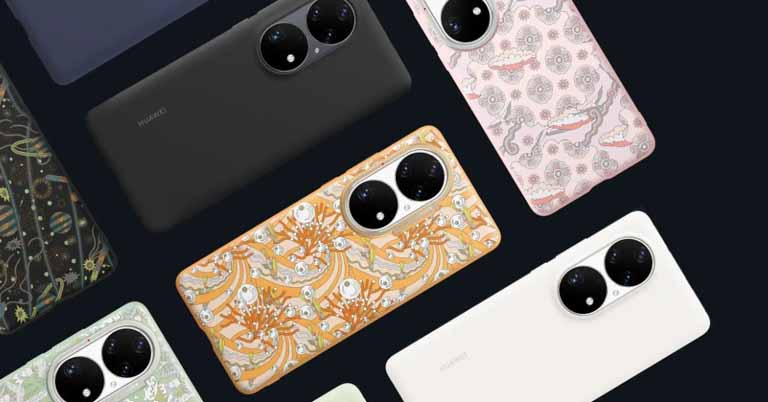 After multiple rumors and delays, the Huawei P50 series has finally made it to the smartphone market in China. This time, the flagship series consists of only two phones – P50 and P50 Pro. Here, we will be discussing the key specs, features, expected price, and availability of the Huawei P50 and P50 Pro in Nepal.

Since Huawei P40 Pro was launched in Nepal, we expect at least one of the two entries in the P50 series to make its way to the country as well. With that out of the way, let’s check out what the Huawei P50 and P50 pro are packing.

The vanilla P50 has a smaller 6.5-inch OLED panel with a 90Hz refresh rate and 300Hz touch sampling rate.

Like Xiaomi and Samsung, Huawei has also redesigned the camera bump for its latest flagship series. The new Dual-Matrix camera module is one of the most striking features of the series.

Huawei has found a unique way to bypass the US-imposed ban. Currently, the US has made it difficult for the company to get access to any chipset made by or using American technology. However, few companies like Qualcomm are allowed to supply 4G chips to Huawei.

As a result, the P50 series gets the 4G version of the Snapdragon 888 chipset. It is the same silicon as in other Android flagships of 2021, but with the 5G modem swapped for a 4G one instead. On the other hand, P50 Pro is also available with Huawei’s in-house Kirin 9000. Sadly, it also lacks a 5G modem.

Huawei P50 and P50 Pro are the first smartphones to ship with HarmonyOS 2 out-of-the-box. It is the latest version of the cross-platform operating system that Huawei is working on.

At the back, both the Huawei P50 and P50 Pro feature the same primary camera. The 50MP sensor has an f/1.8 aperture lens. However, only the one on the Pro model has Optical Image Stabilization (OIS).

Similarly, a 40MP monochrome sensor is exclusive to the Pro variant too. P50 Pro also has a 64MP telephoto lens. The regular P50, on the other hand, has a 12MP telephoto lens—while both of them boast OIS. Finally, the P50 and P50 Pro share a 13MP ultrawide camera.

Fueling the Huawei P50 is a 4,100mAh battery. The Pro model gets a slightly larger 4,360mAh cell. Still, both phones are capable of 66W wired charging and 50W wireless charging. Other features include stereo speakers, Wi-Fi 6 2×2 MIMO, Bluetooth 5.2, in-display fingerprint sensor, to name a few.