Home HarmonyOS HarmonyOS 2 is official: Here’s everything to know about Huawei’s new OS HarmonyOS (or Hongmeng OS as it is known in China) has been a topic of discussion ever since the US government included Huawei in the Entity List. Because of it, Google revoked Huawei’s license of GMS. The company replaced it with its own solution called HMS, but that was not enough for the users outside of China – indicated by the declining sales. As a long-term solution, Huawei accelerated the development of its own OS. HarmonyOS debuted with smart TV, and with the version 2 update, the company is expanding it to other devices. Huawei is edging closer to its aim of creating a smart ecosystem, all powered by HarmonyOS.

Let us start with the main reason HarmonyOS 2 came to be in the first place. No, Huawei did not have a singular aim of replacing Android with its own OS. According to the company, HarmonyOS was in development even before it got into the Entity List.

Huawei envisioned a vast ecosystem of smartphones, accessories, appliances, and IoT devices that could constantly communicate with each other. To achieve this inter-connectivity, Huawei needed a common foundation.

We have seen other brands try to pull it off. The most successful one has to be Apple. With every new product or service, Apple locks people further into its ecosystem. Samsung’s ecosystem is built around Android-based Galaxy smartphones.

It was never intended to power anything but smartphones. This may be the reason why Google’s idea of Android-based Wear OS got nowhere, until maybe now. Look around and you will see smart devices from different manufacturers running on a custom OS. 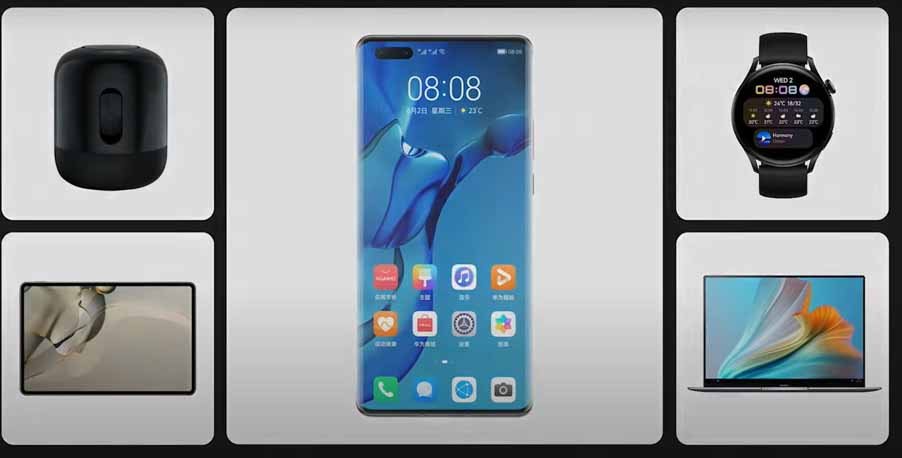 Let us take Samsung as an example. Its Galaxy smartphones and tablets run on Android. Galaxy Notebooks run on Windows, and most other smart appliances run on Tizen OS including its televisions.

Huawei argues that as we are heading to an era where every device will be connected. Under this, it is difficult to maintain connection, control, and communication across different platforms. This will also cause fragmentation. Thus, the company is pitching a new platform for all devices, which in this case is HarmonyOS. 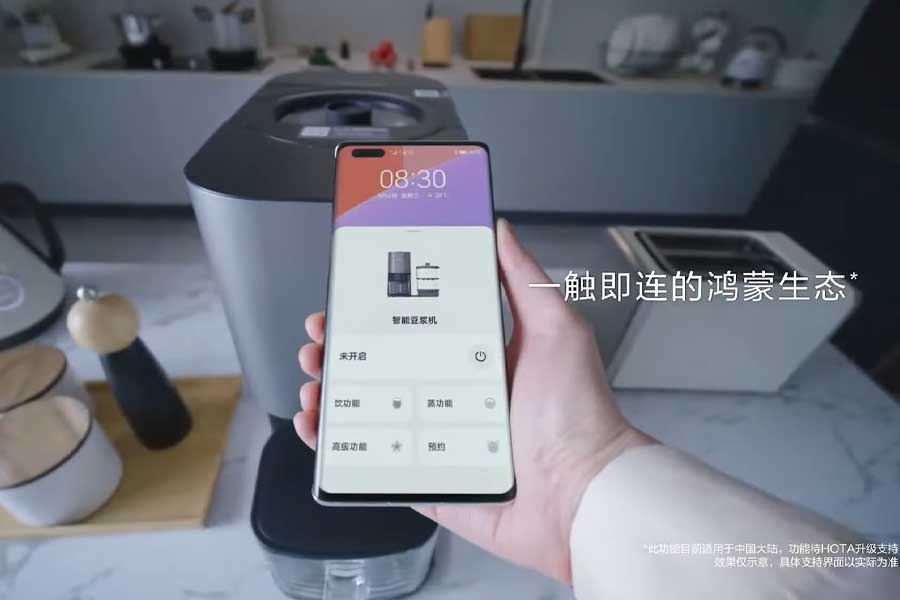 Not developed from scratch though

Still, you will find a lot of similarities between HarmonyOS and Android. A report from Android Authority shows how the Harmony UI 2.0 UI looks indifferent to EMUI. This could mean that Huawei has leveraged the Android Open Source Program to build the new UI.

But that could easily be an intentional design choice so that existing EMUI users have no trouble transitioning to HarmonyOS. It has also taken inspiration from Apple’s iPadOS for the home screen of the new MatePad Pro 2021. The main difference between the three OS is their approach to inter-device connectivity. Huawei has gone with the “One as All, All as One” approach, which looks refreshing and exciting at the same time.

HarmonyOS 2: “One as All, All as One” Approach

HarmonyOS 2 is the first step in Huawei’s vision of “seamless AI Life”. The “One as All, All as One” slogan speaks for itself. The main agenda of this OS is scalability. Developers can run it on devices with GBs of RAM or even on ones with as low as 128KB of RAM without breaking a sweat. HarmonyOS comes with something called DSoftbox, which allows users to assemble hardware according to their needs. In other words, you will be able to leverage resources (hardware & data) from one Harmony-powered device to another. A separate panel with widgets allows users to do just that. Another highlight here is the Super Device widget.

Until now, we needed different protocols over different mediums for a connection. With the Super Device widget, you can just scan the nearby Harmony device and drag the device together which you want to connect. You save the time you would otherwise spend to scan, request a connection, and authenticate it. You can also connect multiple devices and make them work together.

Imagine mirroring movies from your smartphone on a TV, but enjoying the audio via a headphone. With HarmonyOS, your smartphone and laptop will be more of a part of a larger “Super Device” than an individual device.

HarmonyOS follows a distributed application framework. Together with Huawei’s Atomic services, this will allow developers to run the same code over different hardware. Apps on the Home screen can display key information, which users can access without opening the app. Users can even pin this information as a widget.

These widgets can be moved across other HarmonyOS 2 devices as atomic services without transferring the entire application. These widgets act like a communication protocol, which multiple devices can readily decode without the need for any application.

With this, the control panel is no longer limited to a device. You can have the same panel on your smartphone, tablet, and even smartwatches. In the future, Huawei plans to bring it to every device with a screen.

You can even transfer running tasks and applications across different devices. For instance, you can start a document on your phone, move it to your tablet, and complete it there. All you need is a simple drag and tap. Huawei demonstrated this feature with Huawei Vision, Huawei Health, and MeeTime during the announcement.

HarmonyOS also comes with other tweaks over Android-based EMUI. Normally, users start to experience a drop in performance after they have used most of their ROM. Huawei claims that HarmonyOS 2 will ensure that the device will maintain the read and write speed (sequential and random) even when ROM is almost full.

Next is the DGraphicEngine. It utilizes both GPU and CPU for graphics rendering using intelligent scheduling, taking the load off the GPU. In addition, Huawei has decoupled rendering logic from the rest of the service logic, avoiding any interference.

No aggressive RAM management in HarmonyOS 2

It will not repeat similar rendering for faster and efficient performance. This will also improve the battery backup. Huawei is also saying no to aggressive RAM management. HarmonyOS 2 will not kill any background apps. Thus, when you open a previously opened app, it will be on the same stage you left it before. For security, HarmonyOS comes with collaborative authentication. It uses data from multiple devices to authenticate the user. Before a device confirms the identity of the user, it will check data from different devices. This is quite the opposite of what Apple did with iPhones and the Apple Watch Series with the iOS 14.5 update.

To secure the “Super Device” network, Harmony uses a device ID and a combination of public and private keys for authentication. The company has also announced an open-source project to attract more developers, partners and to tap into different domains.

According to Huawei, over 100 of its smartphones, tablets will receive this upgrade in China. This includes Mate 40 series, Mate X2, Mate 30 series, P40 series, Nova 8 series, and the MatePad Pro series.