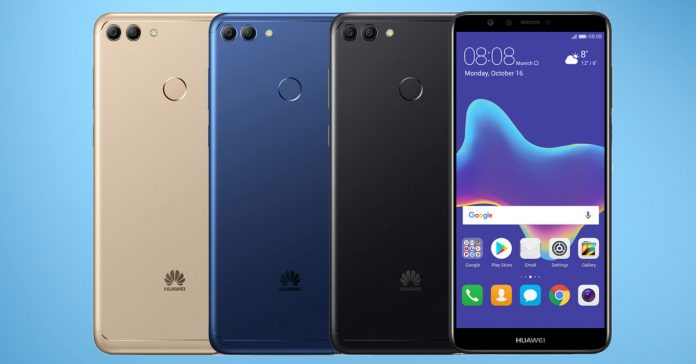 Huawei is one of the popular names in the smartphone industry. Huawei’s offerings, like the Nova 2i, Mate 10 pro, P 10 plus, have gathered much hype in recent days. In 2018, Huawei is back with another smartphone in the Y series, notable as the Huawei Y9 2018.

Huawei Nova 2i was the first smartphone in Nepal with the Quad camera setup. The smartphone received a lot of love especially because of its photography potential. So with the success of the Nova 2i, Huawei Nepal officials are quite optimistic to get the similar success with the Huawei Y9 2018.

And they have finally launched the phone for Rs. 25,900. You can prebook the device from this link (link expired) and get Huawei Fitness Band A1 for free. The device is scheduled to be available from next week.

In recent time, devices there are fewer devices that don’t flaunt 18:9 aspect ratio. This one is yet another smartphone doing the same. The Huawei Y9 seems inspired a lot by the Mate 10 Lite, for example, the cameras! The phone houses a 16+2 MP primary camera and 13+2 MP selfie shooter.

In the display department, you will see a 5.93 inch IPS LCD panel with 18:9 aspect ratio. The resolution it flaunts is Full-HD+, 1080×2160pixels. The device is backed by a 4,000 mAh non-removable battery which should provide excellent battery life. Interestingly, this one runs on Android Oreo out of the box which is definitely an upgrade over others.

Commanding the phone is the HiSilicon Kirin 659 octa-core processor paired with ARM Mali- T830 M2 GPU. Sadly, the memory department seems to be a little compromised with 3 GB of RAM and 32 GB of internal storage.

Huawei Y9 2018 specifications in a Nutshell:

Meanwhile, Huawei is also preparing for the launch of other smartphones in its P20 series, which may be Huawei P20, P20 Lite, and P20 Pro. These phones are scheduled to hit the market in April this year. With such devices in their lineup, Huawei is certainly going to entertain the likes of tech enthusiasts.