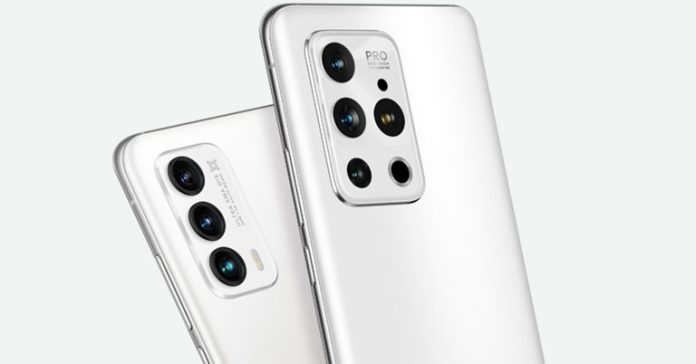 Meizu is a fairly established smartphone brand in China but isn’t known much in other regions of the world. The company has now launched the successor to last year’s Meizu 17 series. Here, the new Meizu 18 series bring a whole new design language on top of other improvements. Let’s learn more about the Meizu 18 and 18 Pro including their specs, features, expected price in Nepal, and more.

As the name implies, the Meizu 18 Pro is the more premium of the two. The company has swapped the horizontal camera alignment on its predecessor to something that’s trendy in 2021. By that I mean to say just how similar it looks to Samsung Galaxy S21 Ultra’s camera module. Besides this, the phone comes in an 8-curved micro-arc design. This means that Meizu 18 Pro has a curved display and curved frames. 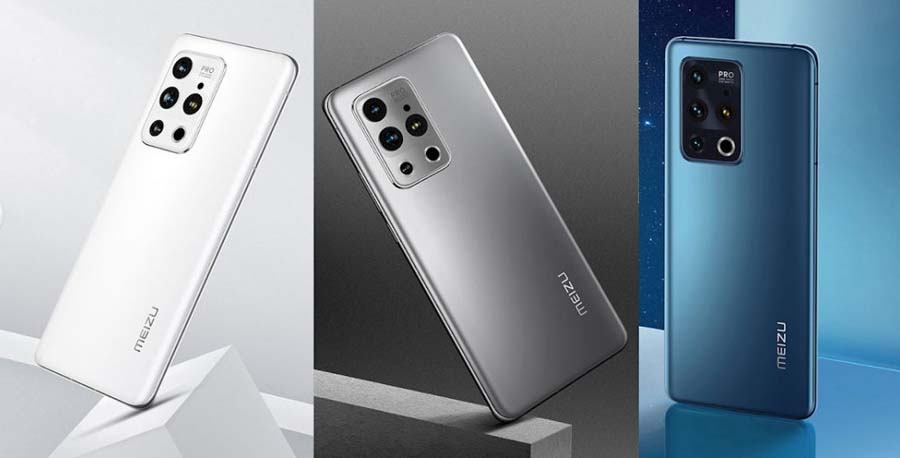 However, it’s not a waterfall-like curve but rather a pretty subtle one. The back of the phone has been molded using AG (anti-glare) glass material. Moving on, Meizu 18 Pro features mEngine 4.0 haptic engine for an immersive gaming experience. In terms of display, you’re getting a 6.7-inches 2K+ Super AMOLED screen. Meizu has used Samsung’s E4 panel here, and it supports a 120Hz dynamic refresh rate.

Because it’s a flagship phone, expecting any less in the performance department would be a mistake. It is powered by the latest Qualcomm Snapdragon 888 chipset which has been coupled with either 8/12GB of LPDDR5 RAM. On the storage front, the choice ranges between 128 and 256GB of UFS 3.1 internal storage with no support for an external micro SD card. Running the whole show is Meizu’s in-house Flyme 9 OS based on Android 11. 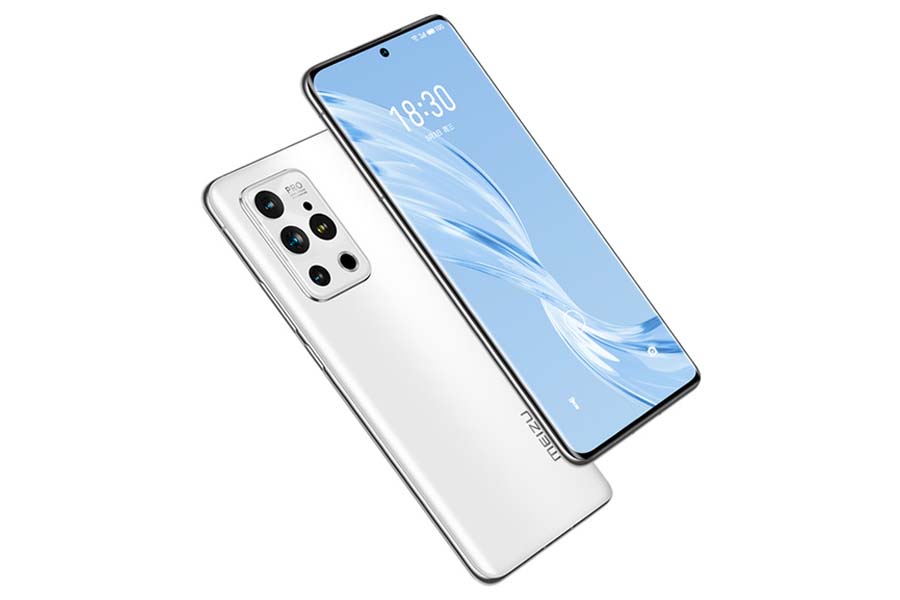 The company is proudly advertising its Android skin as private, ad-free, and simplistic. On top of all the customizations, Flyme OS won’t come with any bloatware app pre-installed either. You can also make use of Meizu’s own “Aicy” digital assistant to navigate the phone. Anyway, Meizu 18 Pro also supports Wi-Fi 6E and the upgraded mSmart 5G 2.0 technology for unparalleled network connectivity.

This phone looks to be a beast in the camera department as well. Featuring a quad-camera setup, it has a 50MP Samsung GN1 primary sensor. It’s the same lens found in phones like the recent Vivo X60 Pro+. The rest of the setup includes a 32MP Sony IMX616 ultra wide-angle/macro lens, an 8MP telephoto lens, and a Samsung ToF 3D sensor. Meizu 18 Pro’s ultra-wide camera has a 130-degree Field Of View (FOV) which can take macro shots from 2CM distance. 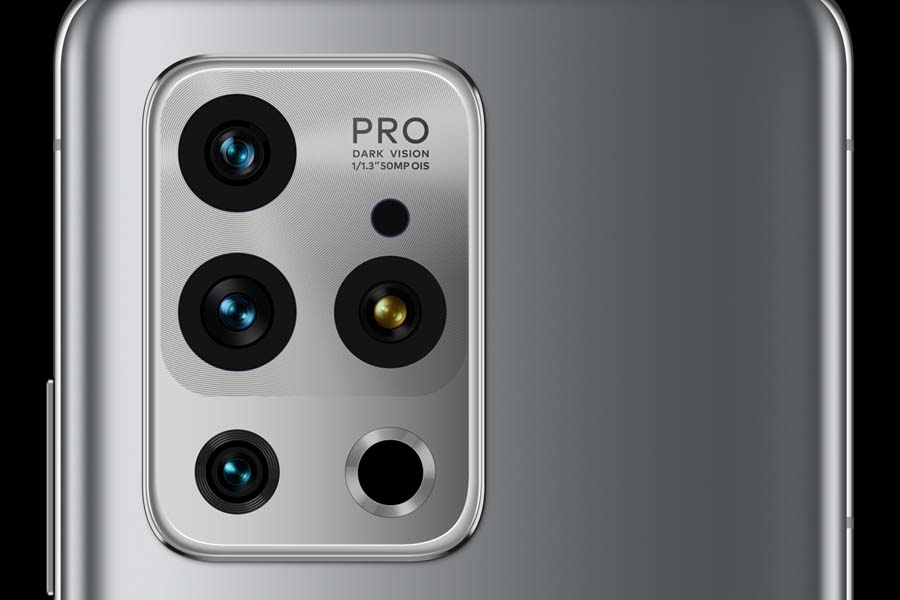 Likewise, the telephoto lens supports 3x optical, 5x hybrid, and 30x digital zoom. Coming to the front, the right-mounted punch-hole cutout of its predecessor has been substituted with a centered punch-hole instead. It houses a 44MP Samsung GH1 camera and supports features like AI Super Clear Portrait, 4K video recording, and more.

Battery & rest of the specs

Getting to the battery, Meizu 18 Pro gets its juice from a decent 4500mAh cell. In terms of charging, it gets a 40W wired and wireless option. Meizu claims that it takes just 50 minutes to fully reach from 0 to 100% via the 40W wired charging method. The company is targeting the gaming community with the Meizu 18 Pro as well. For this, the phone includes a VC (Vapor Chamber) liquid cooling solution although its exact specification remains a mystery.

Moving on, the standard Meizu 18 is more-or-less the same phone as its Pro sibling. Like how the 18 Pro takes its inspiration from the Galaxy S21 Ultra in terms of camera layout, Meizu makes do with that of the regular Galaxy S21. Moreover, it also drops the ToF 3D sensor. The remaining camera module is slightly different too. Instead of the 50MP Samsung GN1 sensor, this one comes with the 64MP Sony IMX682 camera. 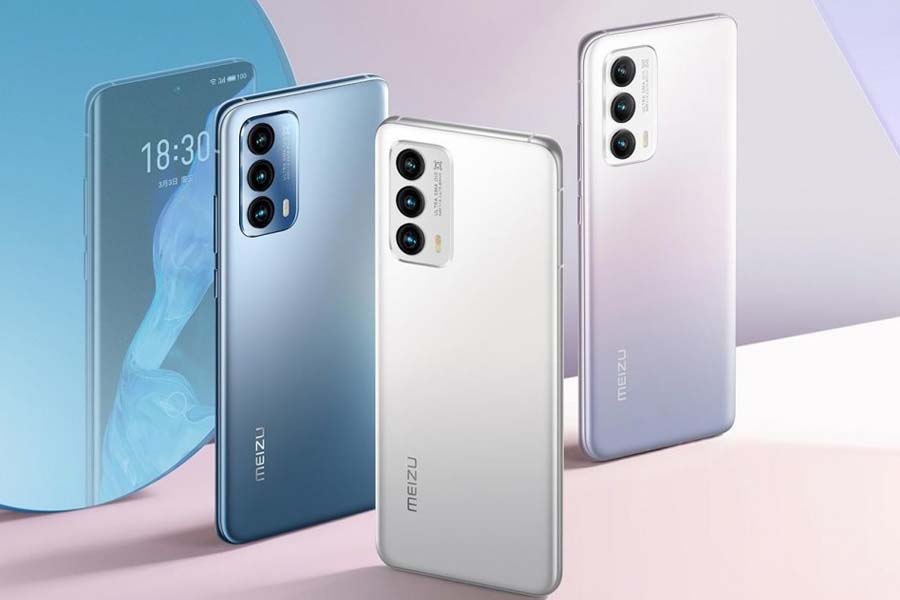 Apart from this, you get a 16MP Samsung ultra-wide lens which also doubles as a macro camera. But more importantly, the FOV of Meizu 18’s ultra-wide camera is downgraded from 130-degree on the Pro to just 122-degree. And then there’s the 8MP telephoto lens with 3x optical zoom. The punch-hole cutout on the phone’s center is home to a 20MP f/2.2 selfie camera.

Other differences between the two can be seen in the display front as well. Meizu 8 has a smaller 6.2-inches 2K+ AMOLED screen with the same 120Hz refresh rate and 240Hz touch sampling rate. It also has a smaller 4000mAh battery with support for a 36W Super mCharge standard. Besides this, it lacks wireless charging support.