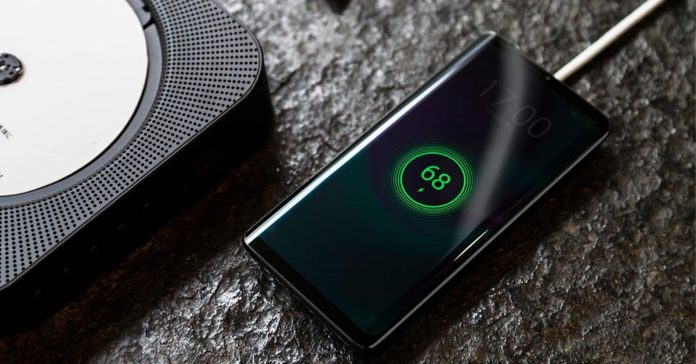 Meizu Zero is the world’s first portless smartphone. Based on the company’s “Wireless Wins Cable Technology”, this phone doesn’t even offer a USB port. Basically, it lacks any physical openings, including the headphone jack and a SIM card slot. A bold move from the company, however, might not deliver a lot in terms of sales figures.

Meizu claims the smartphone comes with Zero ‘holes’, and adds speaker cutouts to its exclusion list. The phone is actually pretty functional, the lack of USB ports is tented by 18W fast wireless charging. That’s the only way to recharge the battery of this smartphone. If you want data transfers, you are stuck with either Wi-Fi or mobile data.

While on that subject, there are no SIM slots and you will have to rely on eSIM technology. The headphone jack has already been eliminated by so many smartphone manufacturers, it’s not even an issue here. There are no loudspeakers either, thanks to the use of something called the “piezoelectric transducer” that creates the necessary vibrations. Finally, all of the physical buttons have been replaced by “Virtual Side Buttons”. It uses haptic feedback to emulate the feel of pressing a real button. This hasn’t faired so well in the past, but iPhone 7 did a pretty good job so, why not here. As for security, it comes with an in-display fingerprint sensor, a pretty routine feature in flagships these days.

We have seen all of these features implemented in phones before, but this is the first time all of it made it to one single device. That’s exactly what makes this so unique. While on the subject, the Meizu Zero does come with two small holes. Those are the microphone openings at the bottom, but that’s probably just our stickler behavior.

Meizu seems to have done a lot to make it a portless smartphone, mostly on it’s exterior. It’s only fair to assume a steller internal spec sheet, and it does. It comes with a 5.99″ (1080 x 2340 pixels) AMOLED display with an in-display fingerprint sensor and loudspeakers beneath the display itself. The bezels both the top and the bottom are pretty minimal. Noticeably, it does not come with a notch, but a traditional type selfie camera. The sensor is just a part of the top bezel and it looks good, at least on paper. A one-piece ceramic unibody holds everything together, think Galaxy S9, but better (in terms of design and feel).

Performance wise, it gets a Snapdragon 845 SoC paired with the Adreno 630 GPU. Although, a bit old with SD855 phones coming in pretty hot, this one looks a bit outdated. But it’s still a pretty capable chipset none-the-less. Common specs like RAM and storage remain unknown, but we do know there is no SD card support. Below the dual-camera setup resides a 6-LED ring flash. At the front, there is a 20MP sensor with f/2.0 aperture and AI face unlock support. It looks to be a pretty small sensor and is tucked in nicely right at the middle of the top bezel. The forehead itself is pretty slim, so you get the point.

It comes with a pretty well-rounded seamless design, inspired with the help of a ceramic body and as the name suggests, Zero openings. All sides are basically empty, apart from the cameras at the back and front, two microphones at the bottom and that AMOLED display at the front. It will come in Black and White color options and gets an IP68 rating.

As for now, a chunk of its specs still remains unknown, one of which is the pricing and availability. It’s also safe to assume this smartphone won’t be making its way outside of China.