After launching the Snapdragon 8 Gen 2-powered X40, Motorola is now looking to strengthen its budget and mid-range portfolio. Motorola just launched a bunch of new smartphones yesterday, including the new G23, which we will be discussing in this article. So, let’s look into the specs, features, expected price, and availability of the Moto G23 in Nepal.

Motorola has tweaked the design of the Moto G23 a bit. The most noticeable change is the new camera bump. Compared to its predecessor, the G23 has a rectangular module with rounded corners. Likewise, there are three new color options to choose from—Matte Charcoal, Steel Blue, and Pearl White. That said, Motorola is still continuing the flat-edged design of the G22.

The phone also inherits the 6.5-inch IPS display with 90Hz refresh rate and 400 nits of brightness of its predecessor. Unfortunately, the resolution also remains unchanged at 1600 x 720 pixels. 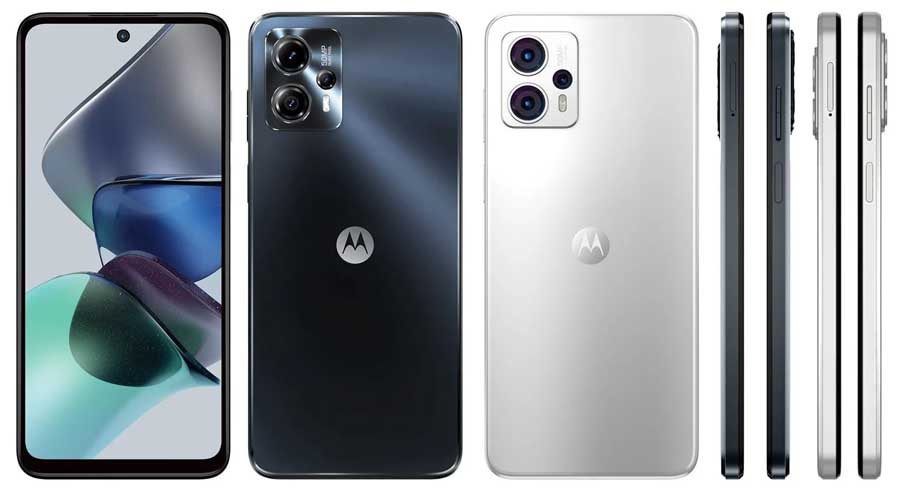 The biggest update on the Moto G23 comes in the form of the chipset. Moto has opted for the MediaTek G85 chipset which is a massive jump from the Helio G37. It has a two-cluster CPU consisting of two Cortex-A75 (@2GHz) and six Cortex-A55 (@1.8GHz). Likewise, the Mali-G52 is also a much better GPU than IMG PowerVR GE8320.

The chip is paired with up to 8GB of LPDDR4x RAM and 128GB of eMMC storage. There is also a base variant with 4GB of RAM.

Moving on, you get a triple camera setup at the back of the Moto G23. The primary camera remains the same at 50MP. However, Motorola has done away with the 2MP depth with the 5MP ultrawide sensor doubling as a depth sensor. Over on the front, the phone retains the 16MP selfie sensor, housed inside the punch-hole cutout. Fueling the Moto G23 is a 5,000mAh battery with support for 30W TurboPower charging. On the audio front, the phone offers stereo speakers, Dolby Atmos and Snapdragon Sound. Other highlights of this phone include stereo speakers a side-mounted fingerprint scanner and NFC support. It also ships with the Android 13-based My UX out of the box.