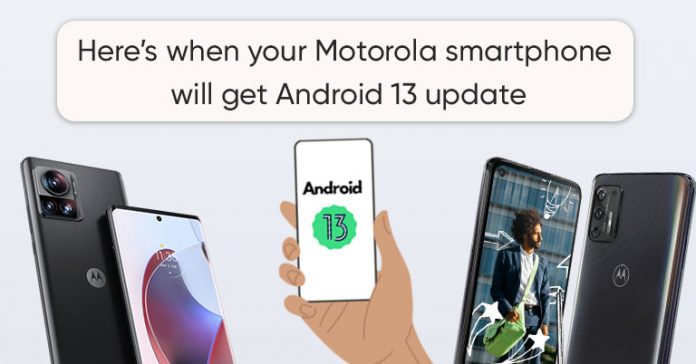 Now that Android 13 is official, several smartphone makers have confirmed the devices that will get the update. Motorola is one of these companies, which has released an initial list of the phones scheduled for the next Android refresh. So, here we will look at the Motorola smartphones that are eligible for the Android 13 update.

Motorola has quietly revealed a total of ten Moto devices that will be updated to the latest version of Android. Unlike other brands, the company has not revealed an official rollout timeline. Rather, it has updated the security page for each smartphone that will be receiving the new Android refresh.

However, you need to do some digging to find out whether your device is eligible for the update. To begin, go to the “Select your product” tab (on the security page) and look for the Moto phones product family. Choose the family to which your phone belongs, followed by the device model. 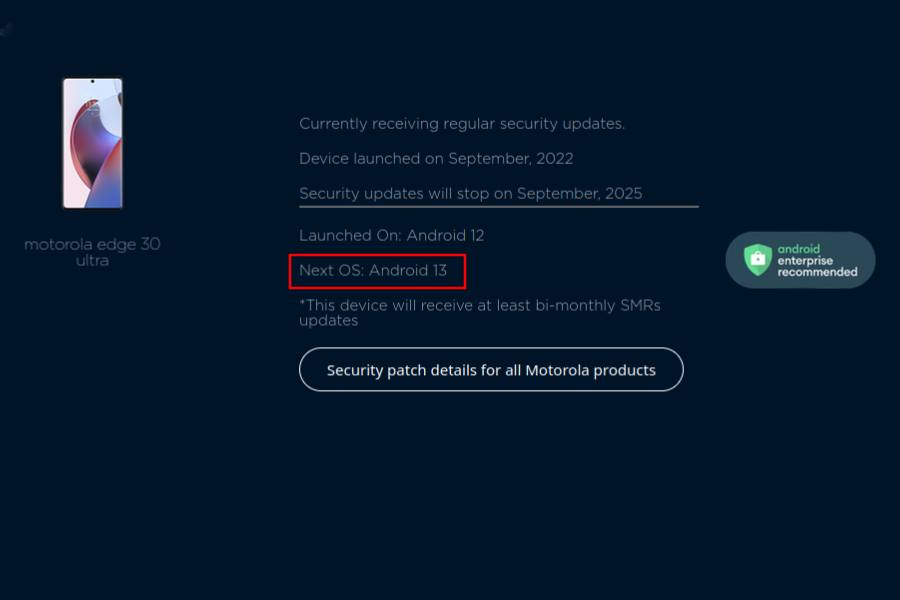 Now, if your device is set to receive Android 13, it will appear as the ‘Next OS’ to be released. To save you from all this hassle, we have included the complete list below:

That said, Motorola is yet to outline a specific Android 13 release date for these smartphones.

Many of the smartphones in the G-series mentioned above are unlikely to receive the Android 14 update. For starters, G-lineup receives only one year of major OS updates. As a result, smartphones such as the Moto G71, which was released this year with Android 11, received only the Android 12 update. And are not even eligible for Android 13.

On the other hand, the company’s flagship Edge series of smartphones typically get two years of the software update and three years of security patches.