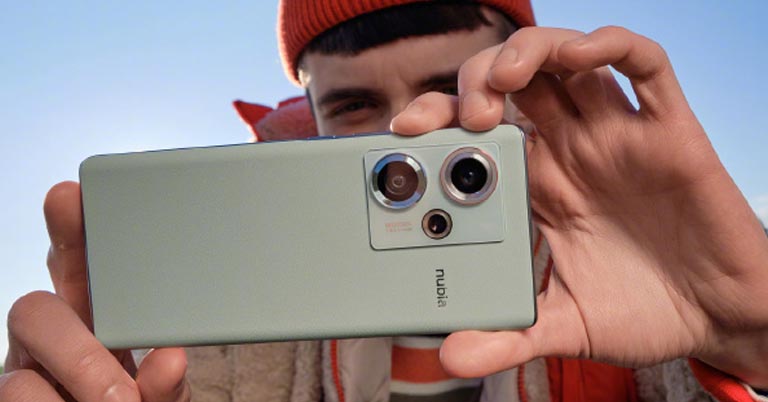 Ever since Qualcomm lifted the curtain off the Snapdragon 8 Gen 2, it’s been raining flagships. Brands like Vivo, iQOO, Xiaomi, and Motorola have all launched their premium phones powered by the chip, and Nubia just joined them. Nubia just unveiled the Z50 series in China, which brings the flagship Snapdragon chip along with the company’s latest camera technology. In this article, we will discuss the key specifications, features, expected price, and availability of the Nubia Z50 series in Nepal.

As with all the recent flagship launches, the new Nubia Z50 will be powered by the Snapdragon 8 Gen 2. The chip was announced last month and brings a number of substantial upgrades over last year’s 8 Gen 1. It is built on a new and improved 4nm process (TSMC) and introduces an experimental 1+4+3 architecture with a Cortex-X3-based Prime core, Cortex-A715 and Cortex-A710 performance cores, and Cortex-A510 efficiency cores.

All the visual renderings for games are handled by the new Immortalis GPU-based Adreno A70, which is 25% faster, 45% more power efficient, and brings hardware-accelerated ray tracing.

Nubia has paired the chip with a dedicated AI-powered chip to help lengthen the battery endurance and the life of the 5,000mAh battery itself. It doesn’t bring any improvement on the charging aspect since it has the same 80W support as its predecessor. Nubia Z50 is the first phone to ship with the new MyOS 13 custom skin. It is based on Android 13, and Nubia has promised 30% smoother than last year. Likewise, the company has also assured that the software has zero advertising. Another addition to the UI is eight dynamic wallpapers, each based on a planet in our solar system.

Even when packed with Snapdragon 8 Gen 2 and a smart battery management chip, the main highlight of the Z50 is not the performance, nor is it the performance. First confirmed by the official teaser video, Nubia is banking on the camera capability of the Z50 for its success.

The phone has debuted a new custom camera module with a 35mm equivalent focal length, which the company says takes in light equivalent to over a 1-inch sensor size. Nubia has also integrated a new Beauty mode that retains as maximum detail possible while also maintaining a natural skin tone. Accompanying the primary camera is a 50MP ultrawide sensor which also doubles as a macro camera. There is a third ring to the side of the dual-camera setup which houses a multi-channel sensor and a quad-ring flash. This helps increase color accuracy by 35%.

As shown in the initial official renders, Nubia Z50 sports a curved display with a tiny punch-hole cutout. The premium-ness also extends to the bezels, which are minimal. By the way, it is a 6.67–inch AMOLED screen with 144Hz refresh rate, 10-bit color depth, 100% DCI-P3 coverage, and 100 nits of peak brightness.

Over on the back, it has a two-tone scheme, as the portion around the camera module has a softer finish. It also has the Nubia branding. Nubia Z40 is available in three colors: Black, White, and Green. The first two, we believe, have glass backs, while the Green one has a leather-like texture which is said to improve the group while also withstanding damage against water and oil. 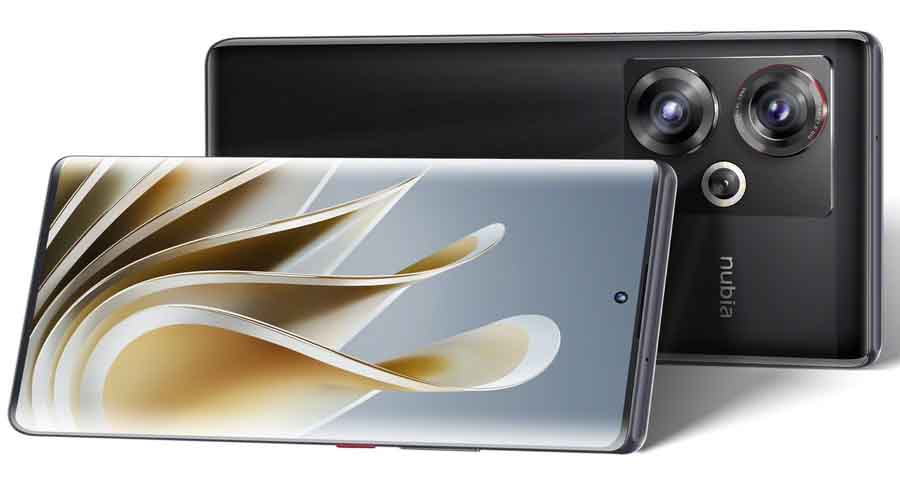 There are a total of three sensors arranged in a triangular shape on top of the rectangular camera module raised so slightly over the rear panel. One of the sensors also has a red accent around it.