After having the launch postponed by 10 days, Xiaomi has launched its latest flagship series in China. Xiaomi’s latest number series brings quite a few upgrades, including Qualcomm’s latest flagship processor and Leica-branded cameras. In this article, we will discuss the more advanced phone of the two, the Xiaomi 13 Pro, in more detail, including its specs, features, expected price, and availability in Nepal.

Although it is not the first phone to do so, Xiaomi 13 Pro packs the latest Snapdragon 8 Gen 2 from Qualcomm. The chip is built on top of TSMC’s new 4nm process and brings a new 1+4+3 core arrangement, led by Cortex-X3-based Kryo Prime cores. The performance cluster features 2x Cortex-A715 and 2 Cortex-A170 cores—all clocked at 2.8GHz. Finally, there are 3 Cortex-A510 cores handling the least demanding tasks. As for graphics, you get the new Adreno 740 GPU with hardware-accelerated ray tracing. It is based on Arm’s Immortalis GPU. 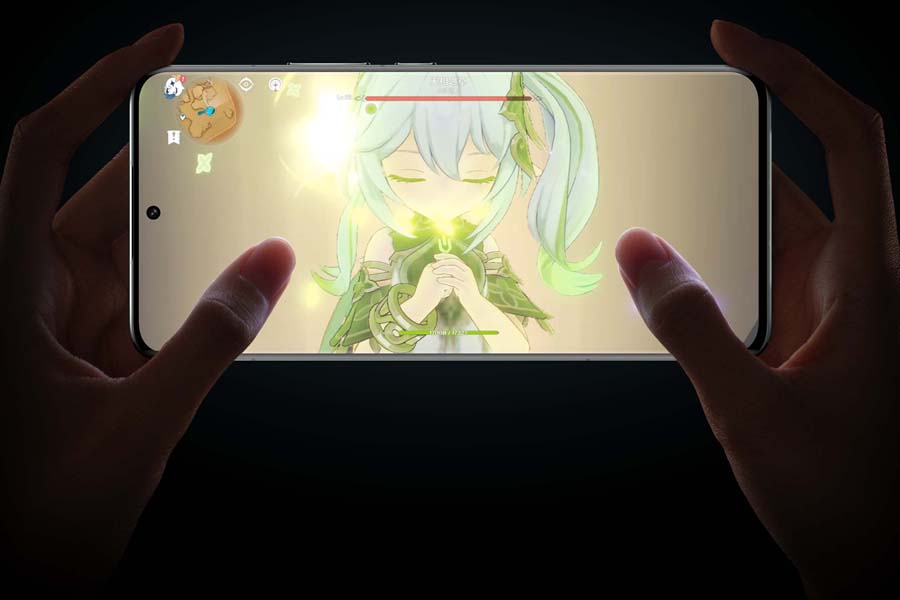 To help the Xiaomi 13 Pro run cool even under heavy workloads, Xiaomi has opted for a 3400 sq. liquid-cooled vapor chamber. Likewise, the phone can automatically adjust the performance level on the go depending on the task at hand.

Backing the chip will be a couple of in-house Surge co-processors. First is the Surge P1 chip, which helps the phone achieve 120W wired and 50W wireless fast charging. The chip was announced last year and was first used in the 12 Pro.

The other is the Surge G2, which is a smart battery management chip. Together, the two chips form Xiaomi Surge Battery Management System that we first saw on the 12S Ultra. The dual-chip strategy help achieve long battery life and safe and efficient charging on the new Xiaomi 13 Pro. That aside, the battery on the latest flagship also gets a size bump from 4,600mAh to 4,820mAh. This triple 50MP camera setup on the Xiaomi 13 Pro will have Leica’s official branding and new “Master” lenses, which were missing on the vanilla 12 Pro.

Leading the line is the Sony IMX989 camera with optical image stabilization and octa-PD phase focus. It is the same 1-inch sensor that 12S Ultra debuted with. Accompanying it is a 115° ultrawide angle lens that doubles as a macro shooter. Finally, there is a telephoto lens with a 75mm equivalent focal length. Leica has even lent its professional color grading. Users of the Xiaomi 13 Pro can choose between Leica Authentic and Leica Vibrant modes that offer realistic and overall brighter photos, respectively.

Another major addition to the Xiaomi 13 Pro is the IP68 dust and water resistance. While flagships from Samsung have had this for years, it was always missing in Xiaomi’s high-end offerings. Fortunately, this is no longer the case. The back of the phone is made of up to ceramic except for the Light Blue options, which has a new leather-like nano-tech material.

Xiaomi 13 Pro sports a 6.73-inch QHD+ LTPO AMOLED screen which is the same as its predecessor offered. It has a variable refresh rate ranging from 1Hz to 120Hz. The touch sampling rate is listed at 240Hz. It covers the entirety of the DCI-P3 color space and boasts a peak brightness of 1900 nits. For protection, Xiaomi has opted for the last-gen Gorilla Glass Victus. 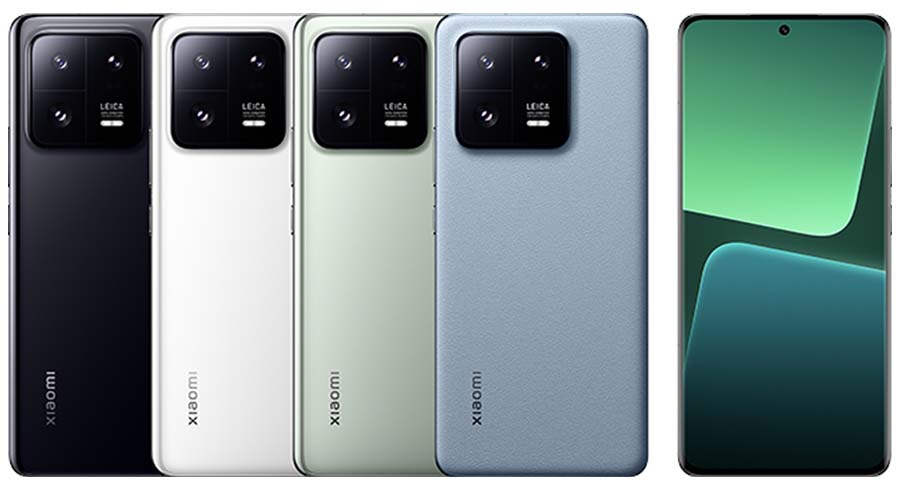