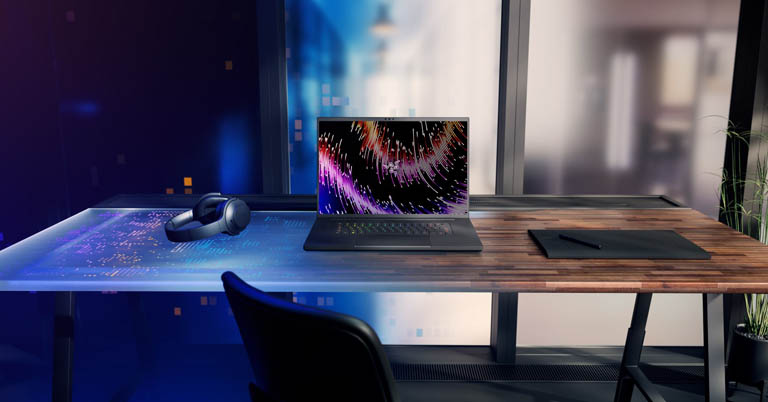 Along with the new Blade 16, Razer also unveiled its first 18” gaming laptop — Blade 18. This new gaming laptop pairs 13th Gen Raptor Lake HX-series processors with RTX 40-series mobile GPUs and is the most powerful laptop in the Blade lineup. So, let’s get into the specs, features, expected price, and availability of the Razer Blade 18 in Nepal.

There is a reason Razer is calling the new Blade 18 the desktop replacement. This laptop is powered by the latest 13th Gen HX-series Intel Core processors. These processors use the same die as their desktop counterparts but with a few optimizations for mobile form factor. That said, Razer is offering the Blade 18 in two CPU variants.

The first one is the Intel Core i9-13950HX with 24 cores, 32 threads, and a maximum clock speed of up to 5.5GHz. It is the CPU that you will find in most SKUs except for the top-of-the-line model, which sports the i9-13980HX. Most of the specs are still similar. However, the 13980HX brings a higher-clocked Performance and Efficient cores.

Over on the GPU, Razer has opted for the latest RTX 40-series mobile GPU— with the max TGP possible for each. The new Blade 18 comes with RTX 4060 and RTX 4080 on the extreme ends, while Razer also has options with RTX 4070 and RTX 4080 in between. For creators, the laptop is part of NVIDIA’s Studio certification. 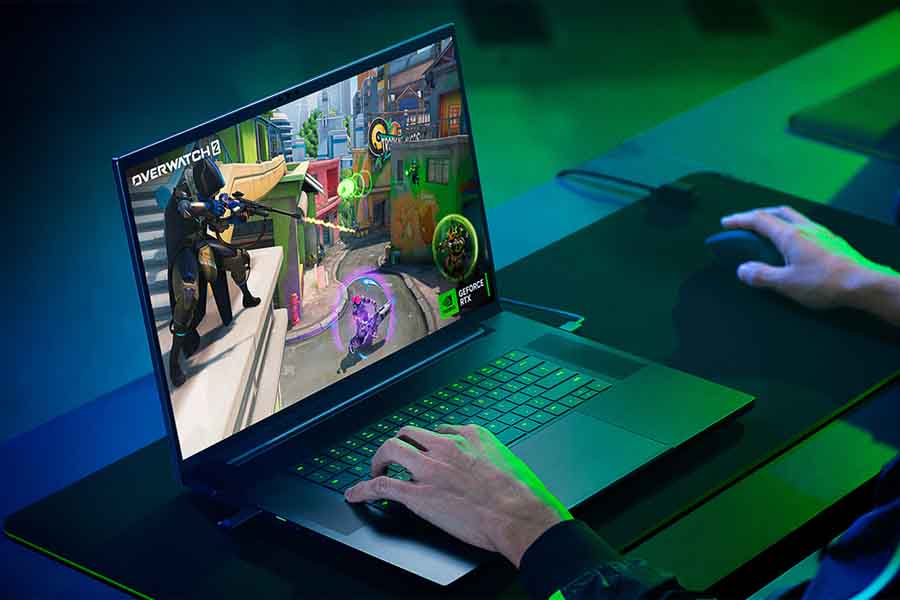 The screen is another highlight of the Razer Blade 18. The laptop sports an 18” IPS panel with QHD+ resolution and a 16:10 aspect ratio. For gamers, the screen refreshes at 240Hz and boasts a response time of just 3ms. Outside of gaming, you can use the Raze Blade 18 for content creation. The laptop covers 100% of the DCI-P3 gamut, and each is individually calibrated right out of the factory.

The chassis of the Razer Blade 18 is built entirely out of a single block of aluminum using the CNC milling process. It is finished with adonized black finish. You can also get the green backlit Razer logo on the lid. The main body measures 21.9mm in thickness and weighs around 3.2 kg. Fueling the Blade 18 is a 91.7Wh Lithium-ion polymer battery, and Razer ships it with a 280W/330W GaN power adapter. Thanks to the 18” form factor, the laptop has a rich port selection. It includes a Thunderbolt 4, one additional USB-C, three USB-A, one HDMI 2.1, one ethernet, one SD card reader, and a combined audio jack.

There is a 5MP webcam with an IR sensor for Windows Hello log-in, which you can use during streaming and normal video calls. You also get a built-in array microphone. The audio setup includes a THX-tuned quad-speaker setup and three smart amplifiers. The keyboard on the Razer Blade 18 has per-key RGB and N-Key rollover. It is membrane-based with 65G actuation. You can customize the color of the keyboard with the Razer Chroma software. Accompanying it is a precision glass touchpad.

The new Blade 18 will go on sale via Razor’s official site from Q1 2023 with a starting price of USD 2900. There is no news of when it will be available in Nepal. We will update this article with the exact specs, official price, and availability once the Razer Blade 18 hits the market in Nepal.