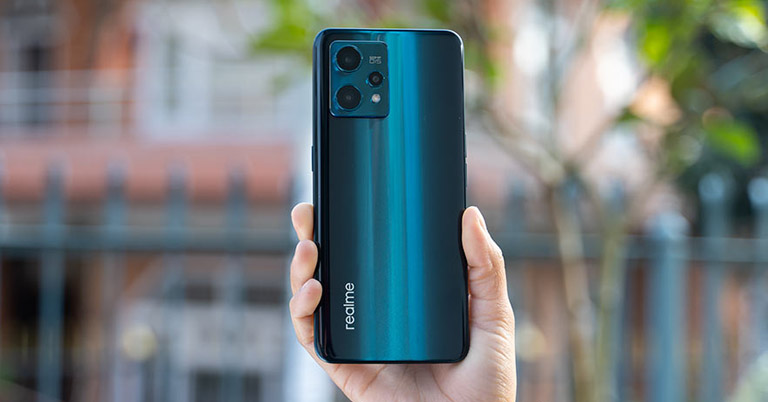 Realme released its first number series phone for 2022—the Realme 9i—about two months. The company then followed it up with the relatively more premium Realme 9 Pro and the 9 Pro+ back in February. And now, the Realme 9 Pro+ is all set to make its Nepali debut on March 17. Here’s our early impressions or a mini-review of sorts of the Realme 9 Pro+ after having used it for a couple of days.

Right off the bat, the Realme 9 Pro+ is quite similar to the Xiaomi 11i Hypercharge in terms of overall specs, so it’s going to be interesting to see how these phones fare against each other.

Anyway, if you roll back a year, the Realme 8 Pro was heavily criticized by many for being a “not so good” value for money product, especially at a time when Xiaomi released its blockbuster phone, the Redmi Note 10 Pro Max. But I genuinely think that the company has made a comeback with the 9 Pro+. And it looks quite promising for Realme.

So, starting off with the things I have liked about it so far, the first thing that comes to my mind is the design. I have always been a fan of the compact form factor on Realme phones. And courtesy of its relatively smaller 6.43-inch screen, that trend follows with the 9 Pro+ as well. As a result, it doesn’t feel too heavy or too wide to use.

No more “DARE TO LEAP”

Plus, Realme has also included a glass back here. We are used to seeing plastic back on the company’s budget and mid-range phones, so this is some quality of life improvement that I actually appreciate. And because of this glass back, it feels much more premium than last year’s Realme 8 Pro.

Plus, I think Realme has learned its lesson against including big “Dare to Leap” branding at the back. There’s only a subtle Realme logo on the bottom left this time. 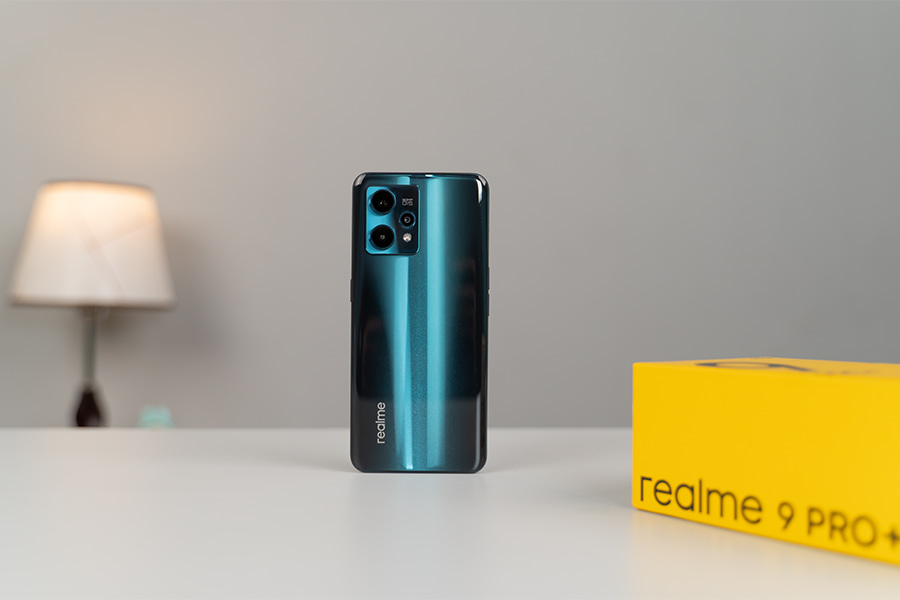 On the other hand, you might find this glossy back panel with reflective, shimmering glitter attractive, but I would have preferred a matte finish instead. The frames are still plastic, but the slight curves on the back help with the grip a lot. In my limited use so far, I’ve also liked its weight distribution and the minimal thickness, which according to Realme is the lowest ever in the number series.

Upfront, the Realme 9 Pro+ features a Gorilla Glass 5-protected AMOLED screen with a 20:9 Full HD resolution and a 90Hz refresh rate. As expected, it comes with Widevine L1 certification alongside HDR10+ support. I have watched a couple of YouTube and Netflix videos so far without coming across any issues with HDR processing, contrast levels, or even brightness.

Realme says this display has a maximum brightness of 600 nits, which is a tad bit lower considering today’s standard, although I found its brightness to be adequate enough even under a bright ambiance. Complementing the display are the dual stereo speakers with Dolby Atmos and Hi-Res audio support. They can get quite loud and the overall sound quality is pretty good as well. This screen also brings a 360Hz touch sampling rate, but it doesn’t feel as responsive when I’m typing and such. It seems that the phone enables the full 360Hz mode only when explicitly boosting the touch sensitivity to High under games.

But what’s certainly not inferior is the in-display optical fingerprint sensor here.

It’s incredibly fast and thanks to the phone’s overall compact form factor, unlocking with one hand is a lot easier as well. Additionally, this fingerprint sensor can even be used to monitor your heart rate. All you have to do is, go to Realme Labs → Heart Rate Measurement → and then place your finger on the fingerprint sensor for 15 seconds.

I compared its measurement against my Apple Watch Series 7 and their results were quite similar. But I would have preferred a standalone app for it though. Talking about apps, the company has included a lot of bloatware apps here. Luckily, most of them can be uninstalled!

Performance-wise, we get MediaTek’s latest Dimensity 920 chipset along with up to 8GB of DDR4X RAM and up to 256GB of UFS 2.2 storage. We have seen the same configuration in Xiaomi 11i Hypercharge as well, so you can expect similar performance between these phones. In case you’re unaware, the Dimensity 920 5G is a good midrange chip and is comparable to the Snapdragon 778G. Anyway, I played PUBG Mobile on the Realme 9 Pro+ for a few minutes where it could hit a stable 40 fps under HDR graphics and Ultra frame rates. Likewise, you can lower the graphics to Smooth and frame rates to Extreme to enjoy a smoother 60 fps gameplay.

Not the most powerful phone for gaming

However, the limitation with a mid-tier chipset like Dimensity 920 is reflected well on more graphics-hungry games like Genshin impact where I noticed slight lags at the highest settings. Hence, I have to keep it at 30 fps for stable gameplay.

So, if you are more into gaming, I would suggest you get Snapdragon 870-powered phones like the Xiaomi Mi 11X, Poco F3, or the iQOO 7 at more or less the same price as this phone. 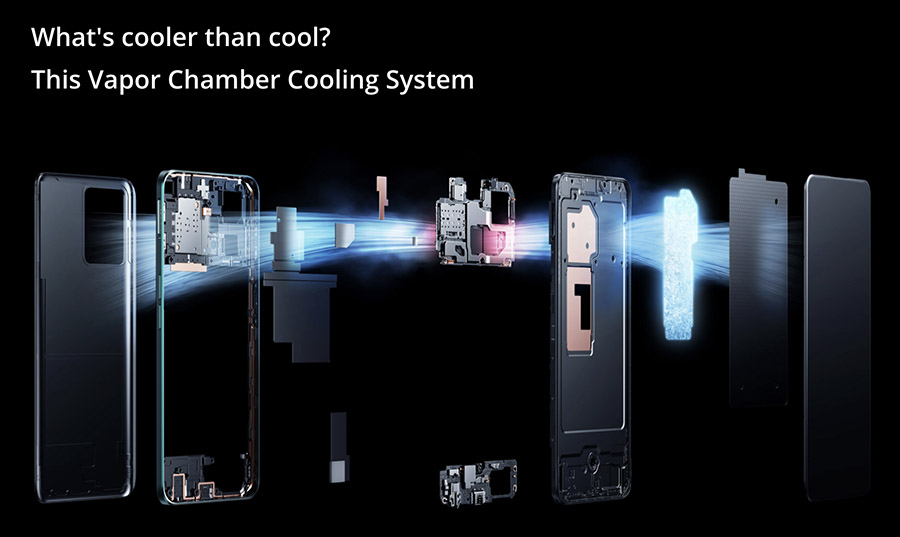 As for the thermals, Realme says it has used a Vapor Chamber Cooling System on the 9 Pro+ which significantly reduces the temperature and keeps the phone in a high-performance state for a longer period. However, because it is so compact and thin, I have faced some heating issues. Be it gaming for more than 10 minutes or charging the phone, the phone is slightly vulnerable to heat.

In my throttling test, the CPU throttled to 94% in 15 minutes and to 91% after 30 minutes. On the contrary, Xiaomi 11i Hypercharge with the same Dimensity 920 processor didn’t throttle at all. In Realme’s defense, it does have a better GIPS—i.e. higher performance. So, what Realme is doing here is offering better performance at the expense of greater heat dissipation.

Moving on, the biggest “competitive advantage” for the Realme 9 Pro+ seems to be its cameras. 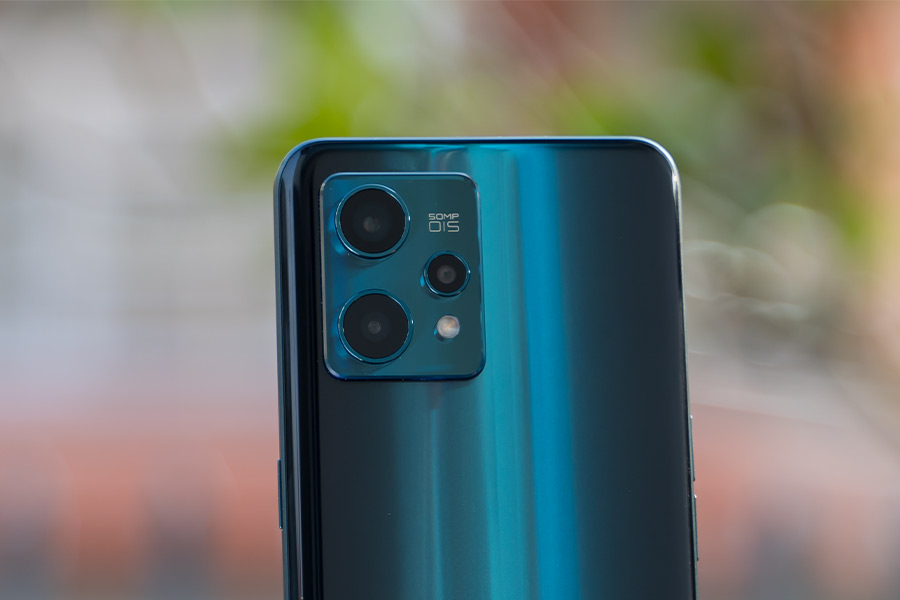 Here, the company has included a 50MP Sony IMX766 sensor with OIS, which is present in much more expensive phones. Likewise, you get an 8MP ultra-wide-angle lens and a 2MP macro camera.

I haven’t had the chance to click too many photos, but with OIS on board, the 9 Pro+ can capture photos with better sharpness and details than the Xiaomi 11i Hypercharge.

Even in terms of dynamic range, highlights, and exposure control, in most of the images that I have clicked, the ones from Realme are fuller and superior.

The portraits look very good on the Realme 9 Pro+ as well. It maintains a good skin tone and the background looks nice too. It seems to me that they have taken a slight inspiration from the Pixel phones when it comes to portraits.

For nighttime photography, I roamed the streets of Kathmandu to click photos of temples and stupas and they looked good for the price too. All in all, the Realme 9 Pro+ feels like a good camera phone for the price. But I will be running it through more tests to give you a solid verdict.

In terms of videos, the resolution option here ranges from 720p, 1080p, to 4K—although 4K resolution lacks the 60 fps option. And it looks like Realme has also disabled OIS at 4K resolution since the 4K/30fps footages aren’t that stable—while that doesn’t seem to be the case for 1080p videos.

Finally, the Realme 9 Pro+ comes with a modest 4500mAh battery that supports 60W fast charging. Since it has lived in my pockets for just about a day now, I haven’t had the chance to test its endurance properly.

Anyway, Realme says you can expect its battery to go from 0 to 100% in 54 minutes with the onboard charger which isn’t that fast compared to the competition—but that’s not a deal-breaker in any way.

So that was it for our initial impressions of the new Realme 9 Pro+. To note, it certainly isn’t the most powerful phone you could find for the price. But Realme is heavily leaning on the design and camera side of things to deliver an overall balanced package instead. We are coming up with the full review of the Realme 9 Pro+ pretty soon so watch out for that as well.