Budget phones barely focus on aesthetics. This category is more driven towards providing a decent user experience and value for money specs. And in doing so, the design of the phone is often overlooked. However, this is not the case for the Realme C35. By no means the phone looks cheap. But has Realme sacrificed performance to facilitate this refreshed design? Let’s find out in this review of the Realme C35.

Goes without saying that Realme has hit the bullseye in terms of design. It seems like the company is attempting to bring changes to the budget smartphone scene with the design-focused Realme C35. Compared to the previous ‘C’ series phones, the C35 looks well-made and premium.

The flat matte rails and rounded corners give the phone a modern look. However, the back is still plastic and glossy, making it a fingerprint magnet. Then again, the camera bump at the back looks to be inspired by the premium GT series. 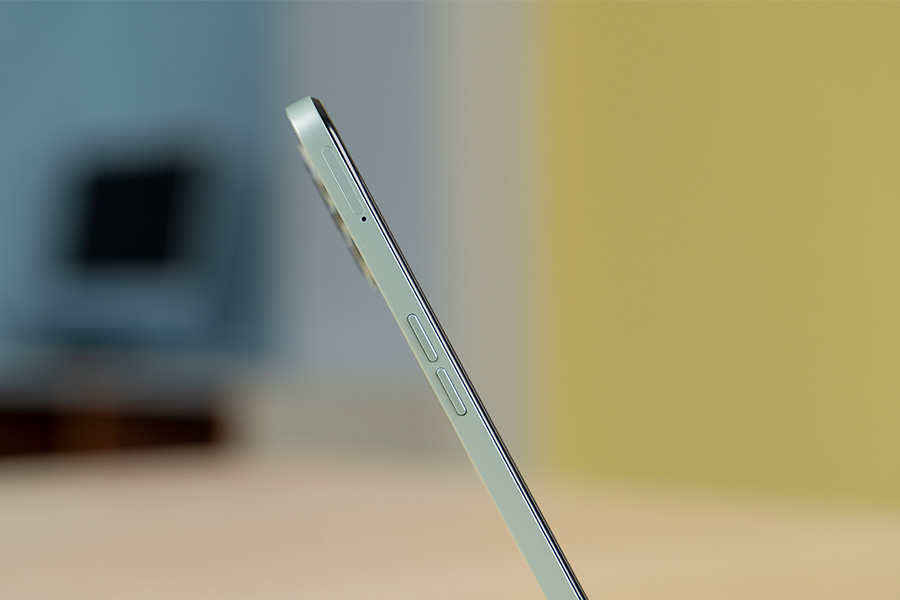 All this is to say that one would not be able to tell this is a budget phone from the back. But flip it over to the front and the outdated waterdrop notch combined with the thick bottom chin gives it away rather easily.

On the other hand, the phone is quite light at 189 grams. But its in-hand feel is not as satisfying due to the sharp edges that dig into your palm. Of course, design is subjective, but the Realme C35 might just be the best-looking phone in the budget segment.

Let us talk about the display now. And it’s nothing fancy here—just a standard 6.6-inch IPS LCD panel with FHD+ resolution. No AMOLED or high refresh rate. Despite this, its colors are decent and so is the viewing experience for the price. In addition, it is WideVine L1 certified, which means you can stream HD content on Netflix and other OTT platforms here. 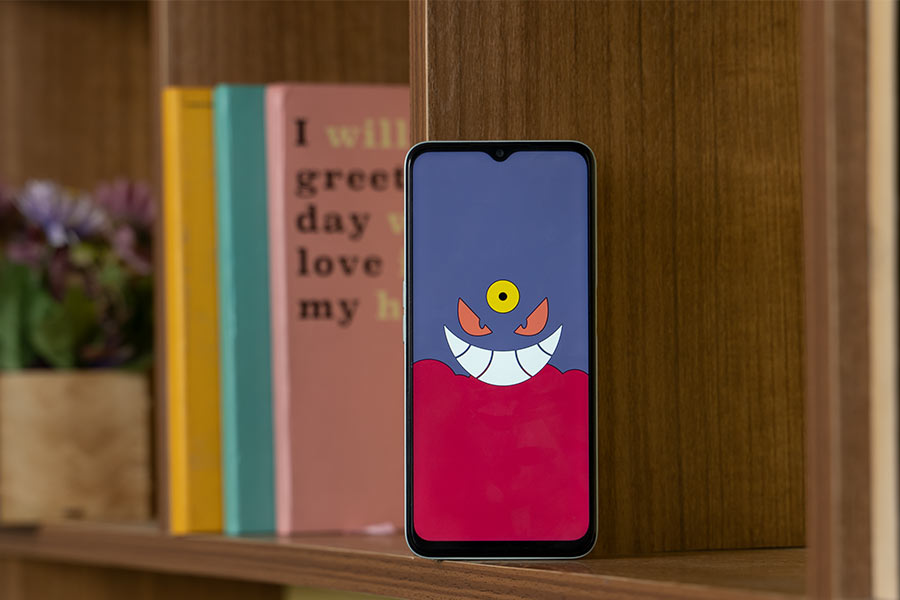 Then again, Realme could have done a lot better in this department. For only Rs. 2,500 more, the company’s own Narzo 50 comes with a 120Hz display. Heck—even last year’s Samsung Galaxy F22 brings a 90Hz AMOLED display while providing better performance for the same price. More on that later.

While the display kinda-sorta holds its ground, the speaker on the Realme C35 is a major letdown. First off, it’s a mono-speaker setup. And secondly, it sounds very tinny. Bass is obviously non-existent and it sounds metallic with thin mids all the way. While that’s okay for podcasts and all, the speaker sucks all the joy out of the songs that it plays. But hey, at least there is a 3.5mm headphone jack. 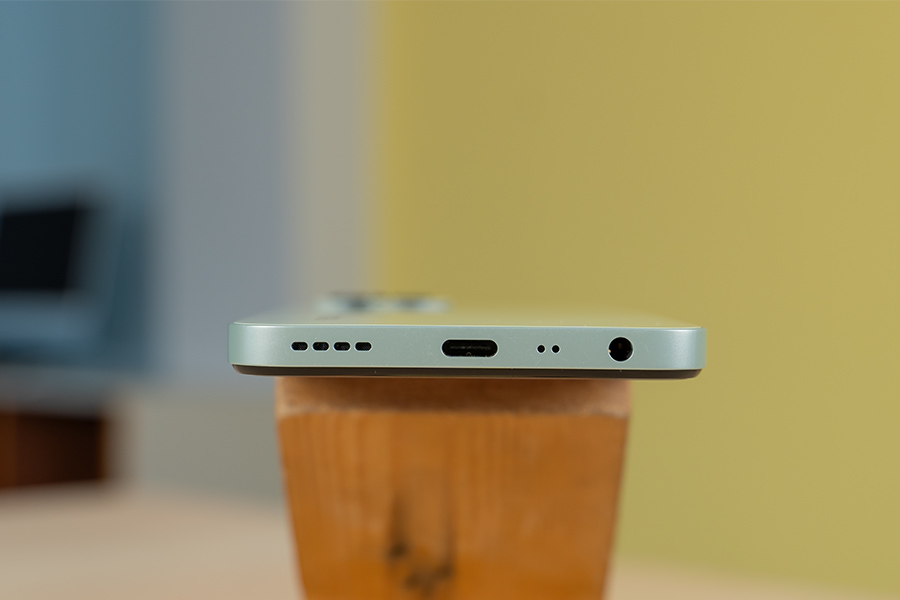 The side-mounted fingerprint scanner on the C35 also acts as the power button. However, I often missed the button because it is quite small. It also refused to register the fingerprint occasionally.

From the camera specs listed above, you can see that the Realme C35 lacks an ultrawide sensor. Guess which phone costs the same and also has an ultrawide sensor? The Samsung Galaxy F22, of course. And why does the front camera not support portrait selfies? Come on, Realme! Anyway, let’s see how the C35’s cameras are with some sample images.

Its daytime photos are mediocre at best. Because the dynamic range is quite low, blown-out skies are likely more often than not.

Furthermore, the images are not as sharp as they should be. It also lacks the distinct color pop we’re used to on most Realme phones.

The portraits are good for the price, but they have the same flaws. The subjects appear well despite the blown-out skies and lack of details. Similarly, the detection of edges is hit or miss.

Moving on, the selfies taken by the Realme C35 turn out quite soft and they lack a proper dynamic range too.

And even though the subjects retain a slight reddish tint here, I guess they are adequate for the price. The lack of portrait selfies, on the other hand, is something to bemoan.

Moving on, the Realme C35’s Night Mode works quite well in removing grain and brightening the images a bit.

As expected, its macro camera is not that great because it fails to capture good detail even in ideal lighting conditions.

Don’t expect much in the videography department either. Its 1080p 30 fps recordings lack any form of stabilization, which means the videos turn out to be quite shaky and unusable. And the color reproduction isn’t exactly ideal as well.

Getting to the performance side of things, the Realme C35 has the Unisoc T616 chip under the hood. It is an octa-core processor fabricated under a 12nm node that has two Cortex-A75 and six Cortex-A55 CPU cores clocked at 2.0 GHz and 1.8 GHz, respectively.

While that’s a pretty capable chip in this price range, spending a little extra on the Narzo 50 that I mentioned earlier would be a great idea if pure performance is what you’re shopping for. 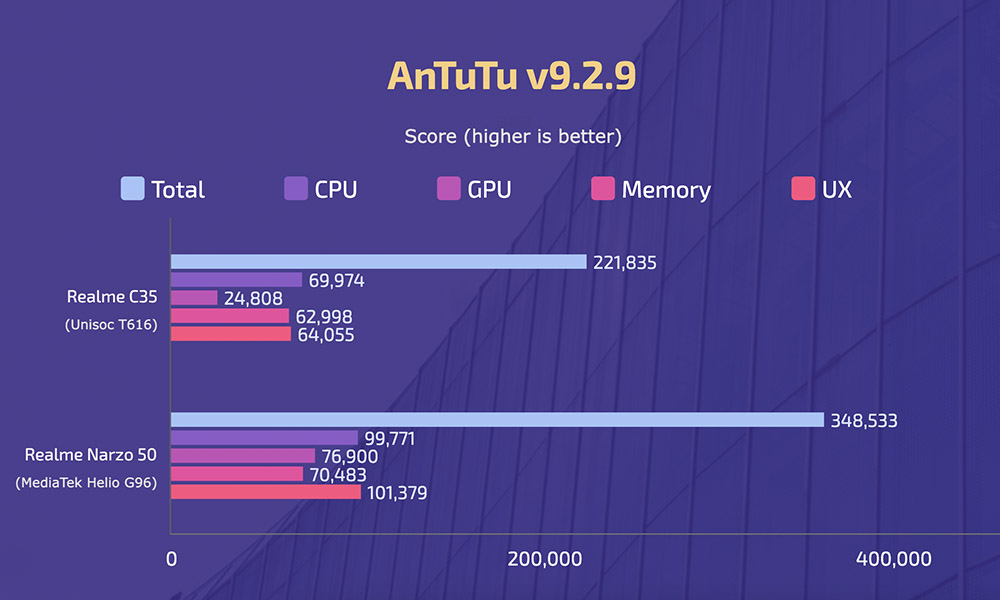 Case in point, the Helio G96 chip on the Narzo 50 yields almost 50% better results on AnTuTu 9 than this.

So while the daily usage is fairly snappy for the most part, I did face occasional stutters when scrolling through Instagram. And it lagged while switching between apps too, but rarely. On the other hand, the phone’s haptic feedback is just average for the price. Regardless, phone calls on the C35 are loud and clear—so no trouble there.

Needless to say, the Realme C35 struggles while gaming. Take Call of Duty: Mobile, for example. The settings max out at Medium graphics quality and High frame rate here. And it fails to maintain playable frame rates at even the lowest graphics settings. The gameplay experience was the same under PUBG Mobile as well.

Then again, Mobile Legends ran smoothly with no stutters at the “High” refresh rate and “High” graphics. However, the “Ultra” graphics option is unavailable here. Moreover, the phone ran a bit warm after half an hour of gaming as well.

As for software, the phone boots on Realme UI ‘R’ Edition, which is a lighter version of the Realme UI. And it misses out on many useful features and customization options you’ll find on the company’s standard Android skin. The lack of split-screen and three-finger screenshots bothered me a lot, whereas its dark mode is quite lackluster too. Making matters worse is that the C35 boots on Android 11 instead of Android 12. And Realme doesn’t promise any future updates for this phone either.

Okay, let’s talk about its battery life now. Its 5000mAh cell managed to last me over a day, which is average at best since most competing phones that we’ve tested this year delivered up to 2 days of battery life. Using the 18W charger included inside the box, the phone fills up in approximately 2 hours.

With that, we’ve reached the end of this Realme C35 review. In its quest to deliver killer looks in the budget segment, the phone makes quite a lot of sacrifices when it comes to performance, display, and more. Its 50MP main camera performs as intended, but the lack of an ultrawide camera sticks out like a sore thumb. 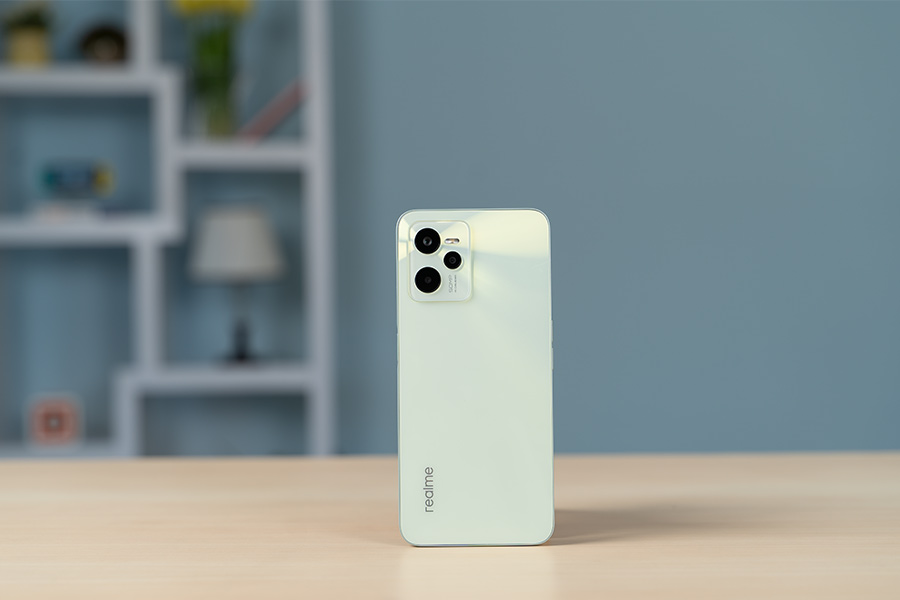 For the same price, the Samsung Galaxy F22 ticks off almost all the gripes I have with the C35. And if you are strictly looking for a Realme phone, spending Rs. 2,500 more lands you the Narzo 50. Moreover, the Redmi Note 11 is yet another terrific alternative if you’re willing to extend your budget a little.