Months after unveiling the 50A and 50i, Realme Nepal has finally launched their bigger sibling, Narzo 50, in Nepal. The phone brings a capable processor in the form of Helio G96 and boasts a 120Hz LCD screen. In this article, we will be discussing the key specs, features, official price, and availability of Realme Narzo 50 in Nepal.

Narzo 50 is not a phone built that Realme built from the ground up. It’s actually a rebranded version of the Realme 8i that is available in Nepal. As a result, you can find many similarities between the two phones.

To start, the Narzo 50 has the exact same dimension as the 8i. The camera bump on the back is also identical. Over on the front, it has the same 6.6” LCD panel with a 120Hz refresh rate. That being said, Realme has altered the design at the back. 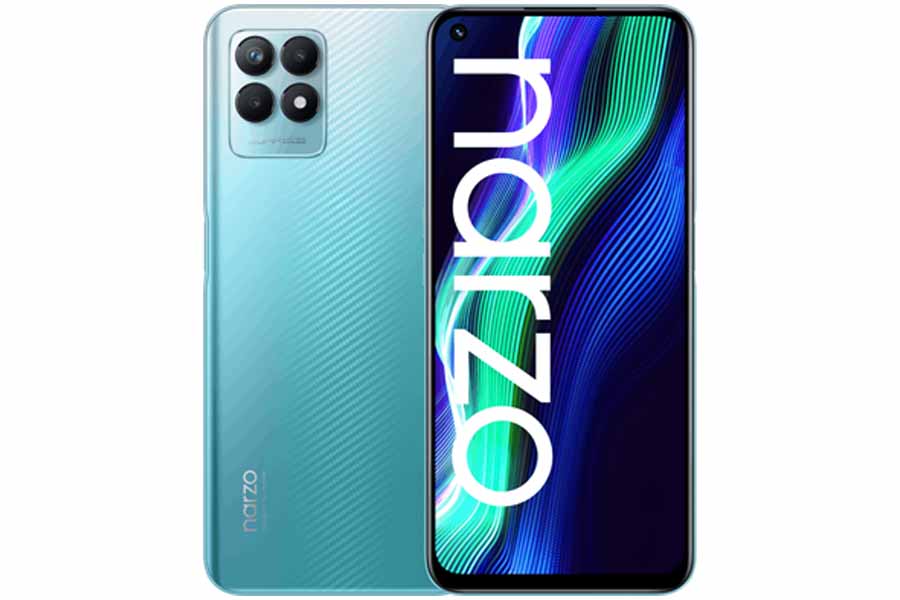 Under the hood, Realme Narzo 50 packs the Helio G96 chipset which is built on a 12nm process. To note, Helio G96 does bring support for faster refresh rate screens and high-res cameras but at the expense of graphics power. The Mali G57 graphics on the G96 is actually weaker than G95’s Mali G76. Further, it has the same CPU configuration as the G95 and faster storage.

Moving on, Realme is offering the Narzo 50 in two different memory configurations. The base model has 4GB RAM and 64GB of internal storage. Likewise, the top-end model features 6GB RAM and 128GB storage.

In terms of photography, Realme Narzo 50 flaunts a triple camera setup at the back. It now has a 50MP primary camera compared to the 48MP sensor on its predecessor. The rest of the setup looks unchanged.

There is still no ultrawide camera. Instead, we get the same old combination of a 2MP macro and a 2MP monochrome sensor. Likewise, the 16MP camera on the front also stays untouched.

Moving on, Realme Narzo 50 retains the 5,000mAh battery of its predecessor. The charging speed gets a significant bump, as it now supports 33W SuperDart charging. The phone has a side-mounted fingerprint scanner for biometrics. It will boot on Android 11 with Realme UI 2.0 on top.

You can buy Narzo 50 from Realme-authorized stores like Hukut in Nepal.