These days, everyone seems to be talking about the Nothing phone (1) and there’s just too much hype around it. And when there’s that much hype about one device, other similar products are often overlooked. And one such product is this guy, the Realme GT Neo 3. At a price of NPR 77,999 here in Nepal (or starting at INR 36,999 in India), I think this is definitely one of the most underrated phones of 2022! More on our full review of the Realme GT Neo 3.

I remember when I made its impressions video about 2 months ago, it had a lot of optimization issues and there were some mixed reactions among reviewers too. But with multiple updates that we’ve received so far, Realme has addressed most of the problems. And after weeks of testing, what I can FINALLY say is that it is indeed a very good phone for the price. I think the only mistake that Realme did here is, by launching a 150W version, which is a bit costlier.

Yeah, the 150 Watt charging is pretty cool tech. There’s this dope Milky Way galaxy animation going on if you hook up the charger, and it just takes 16-17 minutes to get the phone fully juiced up, which is quite impressive. But for a normal user, I think the 80W version is the way to go since it’s way cheaper and it also comes with a bigger 5000mAh battery.

Apart from this, I also wished Realme had made its design less flashy here, ‘coz I’m someone who prefers minimal and clean design over everything else. Hence, I found this Nitro Blue color variant a little out of place! Of course, you can get it in the boring plain black color option, but for a brand like Realme that has delivered phones like the GT 2 Pro and last year’s GT Master Explorer Edition, I think they are well capable of making a better design phone than this. Even its form factor is a bit wider than what I’d like! But over time, you should get used to it as it’s quite ergonomic and has just the right heft as well.

Up front, you get a quality 6.7-inch AMOLED panel, which has a first-class color calibration, superb touch response, and all the high-end features like a 120Hz refresh rate, 10-bit colors, and HDR10+ support.

This display can also get plenty bright, although I would have liked it more if the brightness level could get a bit dimmer for bedtime usage. Likewise, the fingerprint sensor is also placed a little lower here. So for someone like me with smaller hands, it will take some time to get used to. But this optical fingerprint sensor itself is quite fast and accurate! I am also quite impressed with its stereo speakers as it’s loud and has a good dynamic range. Apart from watching movies, you will definitely enjoy listening to music from its speakers! But the aspect where I am actually blown out is the performance.

It is one of the first phones to feature the new MediaTek Dimensity 8100 chipset, and it delivers quite handsomely! The Neo 3’s performance is almost flagship-like! It’s as smooth as a high-end phone can get, there are zero micro stutters, and the phone can keep a lot of apps in memory at a time as well.

Overall, you are going to get a swift smartphone experience with great touch response and vibration feedback, be it while texting, scrolling through your Facebook feeds, or playing games.

And since it uses the same cooling solution as its more expensive siblings like the GT 2 and GT 2 Pro, you won’t notice any kind of unusual overheating or other similar issues either. The sustained performance is also great and apart from using the phone while charging and heavy gaming, the Realme GT Neo 3 remains cool most of the time.

Alright, in terms of gaming, as I said earlier, the Dimensity 8100 chip wasn’t that optimized to run many games at 60 fps when the GT Neo 3 first launched. But in the 2 months’ time, game developers have optimized most of the games to run fluidly at 60 fps. Everything from PUBG Mobile, Apex Legends, and Call of Duty run at a stable 60 fps now. But I think with a few more updates and further optimizations, it should enable higher graphics settings too. For instance, PUBG can only hit 60 fps if I set it to Smooth graphics quality.

With such a capable graphics processor, the phone should be able to hit at least HD or HDR graphics though! Likewise, most of the popular 120 fps games like Injustice 2 and Critical Ops are capped at 60fps only, while it just received an update in Mech Arena which enables 120 fps gameplay. So yeah, this is more of an optimization issue rather than a hardware limitation. Hence, we can expect the performance of this MediaTek chipset to be even better with time!

Similarly, another thing that can certainly improve with updates is the cameras! That’s because this phone has the same hardware underneath as the GT 2 Pro. You get the same 50MP Sony IMX766 primary camera, alongside an 8MP wide-angle, and a 2MP macro lens.

However, it’s not all that reliable as its Pro-siblings.

Actually, I found a couple of issues with its cameras! First, I think the exposure and the ISO levels could be more consistent, since the Realme GT Neo 3 tends to capture images with darker exposure at times, and hence they tend to look more contrasty. But if you are clicking indoor or portrait shots, this doesn’t seem to be a problem.

Likewise, this main camera has optical image stabilization and yet there’s no stabilization while recording videos across any resolution! You can shoot up to 4K 60 fps footage, which is great and the quality itself is decent too, but it looks like Realme has disabled OIS here!

And if you click photos at night, it takes around 1-2 seconds to process the shot, which defeats the purpose of having OIS in the first place. In fact, if the subject is not very still, you will end up with shaky images!

Other than that, the overall image quality coming from this camera is really good considering the price.

It’s pretty comparable to the GT 2 Pro because of the sharp and detailed results. The colors are slightly punchier, but most of the time, it works in Neo 3’s favor.

I also like its portraits as the phone brings good colors, the right amount of background blur, and acceptable edge detection!

In fact, most of the time, it’s even better than the Galaxy A73, which is one of my favorite midrange camera phones of 2022.

During low-light too, it captures sharp and well-balanced shots.

And since it takes around 1-2 seconds to shoot and process an image, you get a bright and detailed output, with very little room for improvement.

However, the ultra-wide-angle photos are quite average for the class, and the quality further deteriorates as the Sun goes down.

I do like its selfies though. Realme GT Neo 3 maintains good skin tone and excellent exposure balance while taking a selfie against the Sun.

However, given how popular vlogging and going live on TikTok has become these days, I think Realme should start offering 4K recordings from their selfie camera as well since this guy still caps out at 1080p.

Lastly, the battery life on the GT Neo 3 is also quite reliable. I have the 150W version with me which comes with a smaller 4500mAh cell. But even so, I was constantly getting around 5 to 6 hours of screen-on time under heavy usage! So if you are a moderate user, it’s an easy one-day battery phone, and you’ll only need to charge it before going to bed. 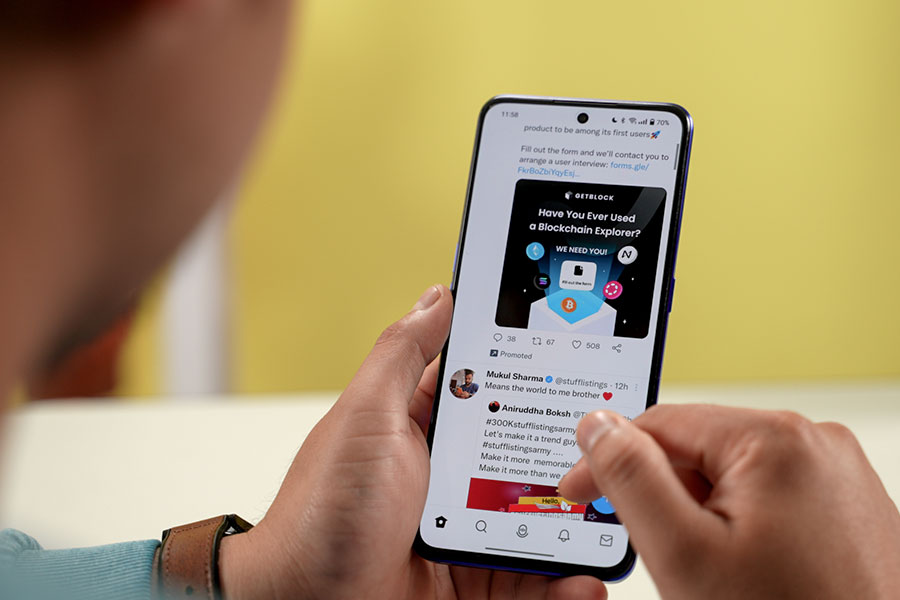 That means you actually don’t need the 150W version of this phone. Yeah, it’s pretty cool that it fills up the phone within 20 minutes, but the 80W charger does it inside 30 minutes too. And I don’t think 10-15 minutes is going to make a lot of difference for most people.

Anyway, let’s conclude this review since I think I have covered almost everything about the Realme GT Neo 3 by now. And my verdict about this phone is pretty simple. It’s an excellent all-rounder smartphone for 2022, especially considering all the upgrades it brings over its predecessor, the GT Neo 2. It is a bit overpriced here in Nepal and maybe the company should’ve brought the 80W version instead. Anyway, I am quite happy that Realme is gradually improving its performance with each software update. And I am hopeful that they continue to do that, mainly in terms of camera exposure optimizations, enabling video stabilization in 4K recordings, and collaborating with game developers to bring 120 fps mode in higher refresh rate supported titles.