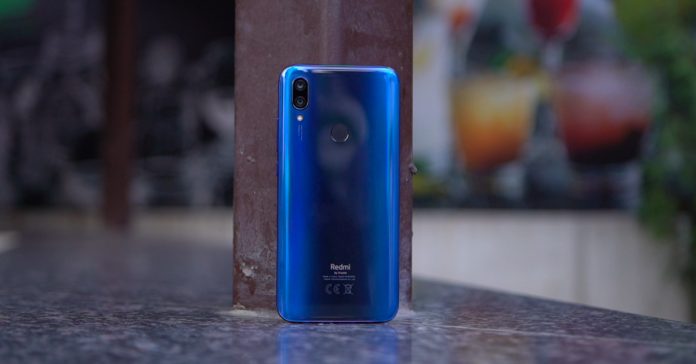 Let’s start with the selfie camera, obviously. By default, the Redmi Y3 uses pixel binning to take 8 MP photos from its 32 MP lens. But it also lets you shoot pictures in 32 MP resolution. Of course, higher resolution doesn’t mean better images. And so, at first glance, it’s really, really hard to tell the difference between them.

The only visible difference is when you try to zoom in the images, which is natural. When zoomed in, the 32 MP shots preserve details on the subject, while the 8 MP cannot. But the background looks slightly sharper on the 8 MP images, which is, thanks to pixel binning. But that’s about it. And since we don’t really zoom the pictures after, you can say there are, virtually, no differences between them.

But sometimes, when the HDR is turned on, in both modes, the 32 MP cannot capture the shadow details, highlights, and low lights properly, while the 8 MP does. And again, when the lighting conditions are great, the 8 MP shots make for a better background. In other scenarios, they’re pretty much the same…even in low light shots like these.

One thing, however, is that you cannot take portrait selfies with the 32 MP camera.  Having said that, the 8MP default mode does a good job of edge detection and blurs, so, they can take good portrait selfies.

And yes, the Beauty Mode, here, dubbed the Beauty Mode 4.0 is something they talked extensively about in the launch. But, to be honest, this beauty mode looks just like any other to me. What the beauty mode does is smoothens the skin tone, and removes dark areas and other unpleasantries. So, not really something to hype about, is it?

And the results were, more or less, as expected. The 32 MP camera does a better job than Note 7’s 13 MP camera. See for yourself. When compared side by side, the Note 7’s selfies are washed out. The colors have this cold tone to them, and there is not enough dynamic range.

The Y3, on the other hand, takes more vibrant pictures and looks true to life. Portrait images, too, look better on the Y3, from colors on the subject to the background, and down to edge detection. When you zoom in, the details are slightly better on the Note 7. But the Y3’s selfies are better to look at, so, that’s that. As for the rear cameras, they’re again very similar to the Redmi Y7’s camera configuration. It packs a dual camera setup comprising of a 12 MP primary camera and a 2 MP depth sensor. Classic budget phone!

And they take decent photos, just like the Redmi 7. Pretty good for a budget device, that is. Saturation is on point, while there’s a bit of a cool tone in the images. Details in the photos are also, only okay. They look good at first glance, but zooming reveals, that it cannot preserve the details all that well.

For hi-res images of the camera samples, click here>>

Since the selfie camera is the only notable difference on this phone compared to the Redmi 7, I didn’t really do an extensive test on other aspects. I did play around with it a little, but it more or less yielded the same results.

From the internal hardware to the displays, and everything…down to the benchmark scores, it’s the same phone. And that should be obvious, because, this phone runs on the same chipset – Snapdragon 632.

So, nothing new to be expected either. Games like PUBG and Asphalt 9 run on medium settings, smoothly, and multi-tasking runs without a hitch, too. It even has the same issues as the Redmi 7, taking a while to load some apps.

Another small difference is the colors this phone is available in…I don’t know if it matters all that well, but I’m just putting it out there for the record. The design is identical to the Redmi 7 – same kind of curved body with plastic construction. A bit big to fit snugly in your hands, but nothing so uncomfortable. The display, too, is the same at 6.26” with HD resolution. At this size, again, HD display is not what I would want, but I cannot demand more for the price, either. But what it gives you for this price, is Gorilla Glass 5 protection on the display, which, I cannot even say the same for some other mid-range phones, let alone budget ones!

Battery life is pretty good, similar to the Redmi 7. The 4000 mAh battery lasts like a day and a half, easily. The problem, here, is the 10 Watt Charging. So, do yourselves a favor and get a faster charger.

Overall, the Redmi Y3 is a good phone, just kinda unnecessary. Maybe they should’ve included the better front camera on the Redmi 7 itself. It just seems like there are too many choices, and Redmi 7 is competing with its brother in the market! But hey, that’s my view. Everything else depends on your preference. The Y3 is available in 2 variants: 3/32 GB and 4/64 GB. And the Y3 is slightly more expensive than the Redmi 7, a difference of about Rs.1500. That extra premium is what you pay for the selfie camera, I guess. However, as I already said, the 4 GB model costs as much as Redmi Note 7’s base model.

So, if you’re thinking of getting the 4 GB version of the Redmi Y3, you should get the Redmi Note 7 instead. It’s a lot better than this one, except for the selfie camera.