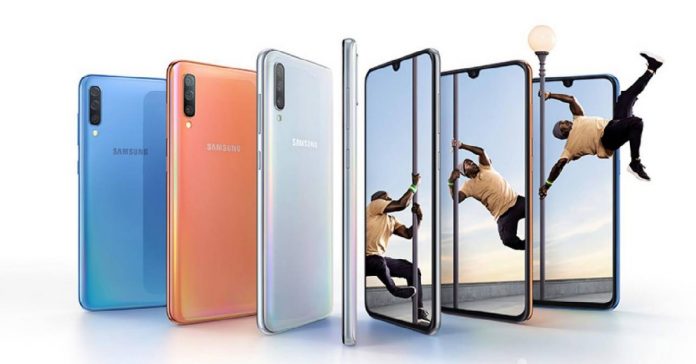 Samsung is launching smartphones in a burst mode. The South Korean tech company pulled another trigger and announced the Samsung Galaxy A70. Although the device was slated to launch at an event on April 10, the smartphone giant couldn’t wait any longer. To keep the fan excited, the company announced all the major specs of the device ahead of the launch. The price and availability, however, will be disclosed in the official launch event.

When Samsung launched the Galaxy A50, we were impressed with the features packed into the device. But Samsung went further and packed even more compelling features in the device. Although some of the features and price are still under the veil, on considering the features we know so far, the looks absolutely amazing.

Going by the specs, the major highlight of the phone looks to be in the display front. The phone comes with a 6.7-inch Infinity-U display, which is one of the tallest displays in the history of Samsung smartphones. Just like the Galaxy A30 and A50, this one also uses a Super AMOLED panel. So the colors could really pop in its screen. The screen here comes in a 20:9 aspect ratio enriched by Full-HD+ resolution.

Talking about the design, the phone comes in a slim form factor with a thickness of merely 7.9mm. The phone features 3D Glasstic back, which we already saw on the Galaxy A30 and A50. So the look and feel may be the same here. The Glasstic back also comes with a rainbow-like sheen. Since Samsung said it’s bringing phones targeting at the millennials, it has enriched the phone with plenty of power to please them. Despite having a svelte design, the phone houses a massive 4500mAh battery. The capacity of which matches only with the most premium Samsung smartphone, the Galaxy S10 5G. Not just a big battery, Samsung has also included 25-watt fast charging support. Since the flagship Galaxy S10 and S10 Plus only come with a 15-watt charger, the inclusion of a faster charging in a midrange phone is duly remarkable.

On the performance side of things, Samsung has still kept a few secrets. Although the tech giant divulged that the phone will come with an octa-core processor and even the CPU Core setup (Dual 2.0GHz + Hexa 1.7GHz), it hasn’t mentioned the name of the chipset. But looking at the CPU Core Setup, we can assume it to be the Snapdragon 675. Alongside the processor, the performance will be aided by either 6GB or 8GB of RAM. In terms of internal memory, the phone is enriched with 128GB of onboard storage, which can be further expanded via a dedicated SD card slot. On the camera front, Samsung Galaxy A70 flaunts a triple rear camera. The setup comprises of a 32MP main shooter, which comes along with an 8MP ultra-wide-angle shooter and a 5MP depth sensor. On the front, a 32MP selfie shooter resides on the tiny U shaped notch.