Home Samsung Samsung Galaxy A70s gets a price-drop in Nepal: ‘Tis the season to... 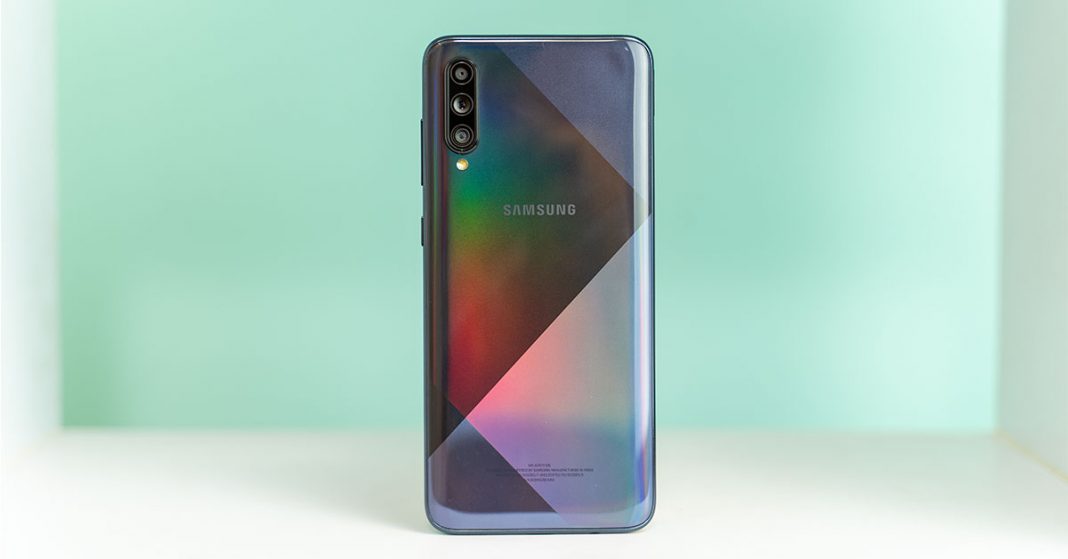 Like always, Samsung’s notorious strategy of price-drops, discounts, and schemes is upon us. As per the company’s Christmas & New Year offer, the recently launched Samsung Galaxy A70s comes in an all-new price which makes the phone more attractive than ever. The phone equips an impressive 64MP triple-camera, a gorgeous display, and a durable battery as well.

The major highlight of the handset is its camera. The Galaxy A70 used to have a 32MP primary camera but on the A70s, the resolution of the shooter has been actually doubled. Yeah, that’s right. The Samsung Galaxy A70s features a 64MP main camera. But that isn’t a new thing in the industry since we already have smartphones with a 64MP camera like the Redmi Note 8 Pro and the Realme XT. And just like the Redmi Note 8 Pro and Realme XT, Samsung has used its home-grown Samsung ISOCELL Bright GW1 sensor. Alongside the 64MP main camera, there are two more cameras. Just like the A70, there is an 8MP ultra-wide-angle and a 5MP depth sensor, which should work more or less similar to the A70. Similarly, on the front, there is a 32MP selfie shooter.

Also Read: What’s the point of the ‘s’ variants of A series, Samsung?

Talking about the display, the phone comes with a 6.7-inch Super AMOLED display with Full-HD resolution. You also get a tiny waterdrop-style notch on the top of the display and a fingerprint scanner beneath it. And that says it all, nothing has changed even on the display front. Powering the device is the Snapdragon 675 processor with 6GB/8GB of RAM at its disposal. As for the memory, you get 128GB of onboard memory and a dedicated SD card slot, which lets you expand the storage even further.

The phone is fueled by a beefy 4500mAh battery. Alongside the massive battery, Samsung has included a 25-watt fast charger to top-up the charge. On the software front, you get the usual One UI on top of the Android Pie. Samsung Galaxy A70s comes in three different colors and all of them feature a 3D prism gradient design with a glossy finish.

The Samsung Galaxy A70s was launched for a price of Rs. 48,890 which is arguably a lot for what the phone’s actually packing. Additionally, it isn’t much of an upgrade from its predecessor, the Galaxy A70 either, especially and disappointingly in the performance department.

Check out our review of the Samsung Galaxy A70s below: