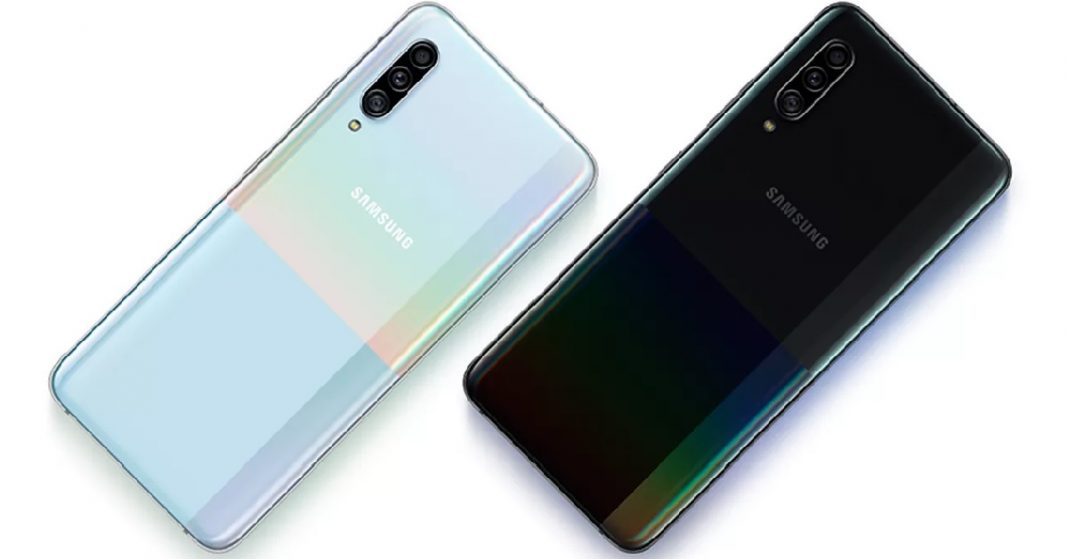 Samsung launched a vast number of smartphones this year. And that happened mostly in the midrange segment. With its M-series and A-series smartphones, the South Korean tech giant populated every small corner of the midrange and budget segment. Despite having over a dozen of smartphones in that segment before the end of Q3, the smartphone maker isn’t done yet. Samsung yet again launched a new premium midrange device expanding its A-series lineup. But unlike all the previous A-series devices, the recently-launched Samsung Galaxy A90 5G comes with a flagship chipset and a 5G connectivity.

The most striking thing on the phone is its capability for the 5G connectivity. And that’s what set the A90 5G apart from its A-series siblings. The Galaxy A90 5G also happens to be the fourth smartphone in Samsung’s lineup to have the 5G modem on the board.

To unleash its 5G capability, Samsung also had to include the flagship-tier Snapdragon 855 processor. To complement the performance, 6/8GB RAM has been provided. Talking about the storage, the phone comes only with the 128GB storage. And it’s quite strange that there is an SD card slot only on the 6GB RAM variant.

While looking at other specs of the phone, the Samsung Galaxy A90 5G highly resembles with the Galaxy A70. The Galaxy A90 5G features a 6.7-inch Super AMOLED Display with a U-shaped notch on the top.

The infinity-U display on the device gets Full-HD+ resolution in the weird 20:9 aspect ratio. And like all the Samsung’s premium mid-rangers out there, A90 5G also comes with an in-display fingerprint scanner. Although the type of fingerprint scanner is yet kept a secret, it is probably an optical one like that on the Galaxy A50 and A80.

As for the cameras, the phone flaunts a triple camera setup on the back, which seems like a norm in 2019. The camera module embraces a 48MP main camera, an 8MP ultra-wide-angle lens, and a 5MP depth sensor. Similarly, on the selfie front, there is a 32MP snapper tucked neatly inside the notch. The A90 5G also comes with built-in features like Super Steady, Scene Optimizer and Flaw Detector for the rear cameras, where the front one boasts a Live Focus Mode. Samsung has tried to generously provide top-grade features on the device. And in that context, the South Korean smartphone maker has added Samsung DeX support. And that made the A90 5G the first one to feature that impressive feature on the A-series family. Furthermore, there is a sizable 4500mAh battery with 25-watt fast charging support.

The Samsung Galaxy A90 5G is said to be available in South Korea starting tomorrow and it will expand to other market as well. But that will happen shortly after. Although Samsung hasn’t officially spoken anything about its price but there has been rumors that the phone would cost 899,800 Won on Korea, which translates to $740. If it’s true the Galaxy A90 5G would be one of the least expensive phone to have a 5G connectivity.