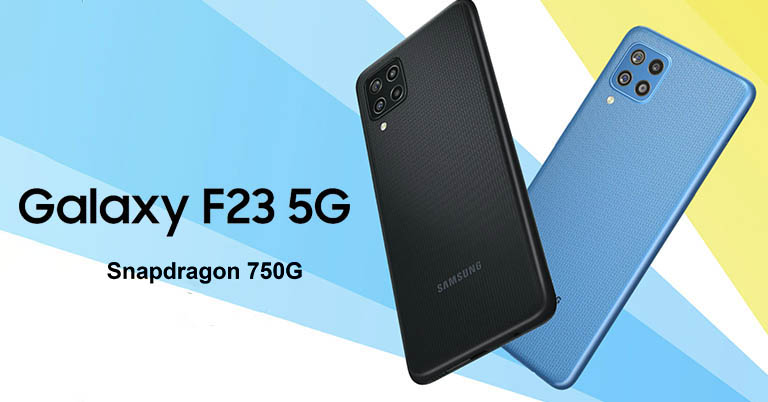 Samsung Galaxy F22 was our favorite budget smartphone of 2021. And it looks like we are going to get its successor pretty soon. Galaxy F23 recently popped up on a benchmark platform with a significantly better chipset. In this article, we will be discussing all the major leaks and rumors surrounding the Samsung Galaxy F23, its specs, features, and availability.

The most amazing part of the listing has to the be processor. Samsung Galaxy F23 appears to be powered by Qualcomm’s Snapdragon 750G, which is a big upgrade from the MediaTek Helio G80 chipset on its predecessor. We have seen this processor in popular midrange phones like OnePlus Nord CE and Galaxy A52 5G. This also confirms the 5G support on the Samsung Galaxy F23 as the chipset features an integrated X52 modem.

Likewise, the Geekbench listing shows 6GB of RAM. However, we expect other RAM variants to be available during the launch as well. The phone runs on Andriod 12 with Samsung’s One UI 4.0 on top.

Sadly, we don’t have any additional information about the phone. That being said, we can expect an sAMOLED panel, quad cameras, and a big battery. We will learn more as the day passes.

The F-series is pretty much an Indian-focused lineup, except for some instances where it is available elsewhere. Thus, we expect Galaxy F23 to launch in India first in the coming months.