The M series from Samsung resulted in decent sales numbers in 2019. The Galaxy M20, M30, and M40 were probably its bestselling smartphones this year. The great thing about those devices was their competitive pricing and great hardware specs. So, it is not surprising that Samsung has planned for its successors. Their successors, the Galaxy M21, M31, and M41 are expected to release in the first quarter of 2020. However, the rumors about their specifications are already making rounds on the internet. 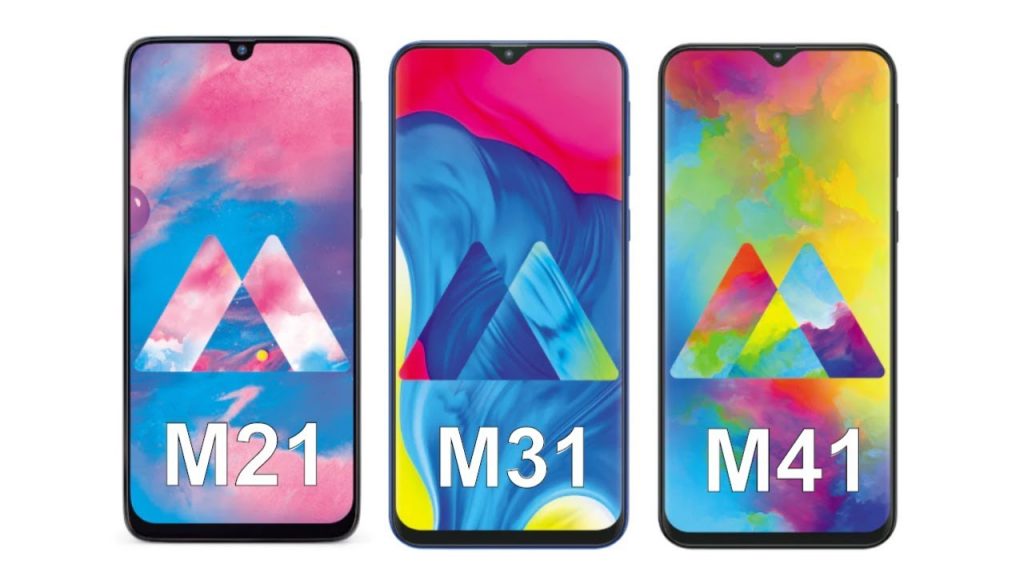 Similar to the Galaxy M20, the M21 will be powered by an Exynos processor. However, the one in M21 is going to be an Exynos 9609 SoC whereas the M20 uses Exynos 7904 SoC. The details about the higher-spec variants are yet to arrive. However, we know that the base model will have 4GB of RAM. The rear camera is still a dual-camera setup. It will comprise of 24MP primary plus a 5MP depth sensor. This is a slight upgrade from its predecessor which sported a 13MP primary camera along with a 5MP depth sensor.

The Galaxy M31 will be the successor to the Galaxy M30. It will run on Snapdragon 665 processor and the base variant will have 6GB of RAM. Comparing it with the Exynos 7904 SoC on M30, a clear upgrade is seen in the use of the processor. Furthermore, the rear camera will be a triple camera array with a 48MP primary lens. Along with that, it will have a 12 MP wide-angle lens and a 5MP depth sensor. However, there is no clear indication of the sensor in M31. Some claim it will go with the Sony IMX586 sensor whereas others say that it will probably use 48MP ISOCELL GM1 sensor.

It is being claimed that the Galaxy M41 will be powered by the new Exynos 9630 processor. M41 will be the successor to the Galaxy M40 which is powered by Snapdragon 675 chipset. So, there’s a hint of a slight upgrade in processor among the two phones. Furthermore, the device is set to have a triple camera setup on the back. The primary lens will probably be of 64MP coupled with a 12MP wide-angle lens and a 5MP depth sensor.

Although the rumors about these phones are spreading like a wildfire on the internet, in the end, they are only rumors. So, take this news with a pinch of salt as an official announcement from Samsung is yet to come. There’s still a lot of time left for the release of the phone so I’m certain that we’ll soon hear concrete information about these devices in the near future.