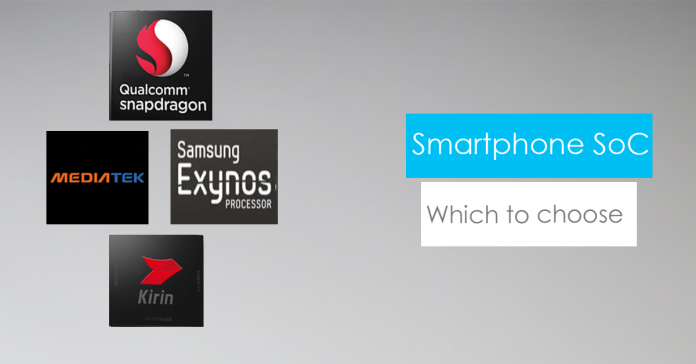 Latest smartphones have surpassed its predecessors. Companies now invest more in the initial research and development (R&D) of a product with respect to consumer requirements. All smartphones are built in a similar fashion, but which system architecture meets your demands? The specifications include features as Qualcomm Snapdragon 636 octa-core 1.8 GHz 14nm FinFET or Mediatek Helio X30 Cortex-A73 deca-core with Tri-Cluster CPU architecture. What do they mean? Here is a little insight to the technical Jargons explaining about the things to consider while choosing a smartphone SoC in the simplest words possible.

Lately, smartphone processors are built in a single system-on-a-chip (SoC) where several components are embedded in a single chip. The majority of smartphones use the CPU architecture designed by the ARM. At the moment, there are four major Android smartphone SoC manufacturers: Qualcomm’s Snapdragon editions, Samsung’s Exynos chips, MediaTek with its MT and Helio processors, Apple’s A-series and Huawei’s Kirin chips, each of these designs a variety of chips for low-range, mid-range and high-end smartphones.

Almost all the mobile processors in 2018 boast the ARMv8-A (64 bit) architecture for high performance in mobile computing. Its 64-bit core processor also focuses on power efficiency while maintaining its compatibility with the 32-bit software. Further, the ARMv8 cortex-A series label their processors as the A7X series which deliver very high performance in consumer products (Cortex-A76, Cortex-A75, Cortex-A73, and Cortex-A72), A5X series (Cortex-A57, Cortex-A55 and Cortex-A53) for balanced performance and efficiency, and finally, the A3X series (Cortex-A35 and Cortex-A32) used for lowest power consumption.

Nearly all mobile manufacturing companies (like Qualcomm, Apple, Samsung, MediaTek, Huawei and so on) have the architectural license to build their CPU architecture based on ARM, unlike some smartphones such as Lenovo and Xolo, which are based on Intel’s x64 processors.

Apart from the A series architecture, there are also custom cores. As the name suggests, it is a CPU core design made by ARM architectural licensees. But most of the architectural licensees also hold a core license, which means they can use the ARM core designs as well as build their own core. For example, Qualcomm’s first generation processors all use ARM Cortex-A whereas the second generation uses both the Cortex-A and its own designs (Snapdragon’s 630, 810, 650 and 652 all use cortex-A designs, however, the Snapdragon 855, 845, 835, 821, 820 use its own Kyro core). Likewise, Apple uses their own Swift core which was their first custom core used in iPhone 5 and Samsung’s custom core named Mongoose, which was released with their latest Exynos processors.

The objective of the mobile companies is to make a better product with each release and are classified according to their editions, whether you want high-end flagship smartphones or a mid-range or cheaper budget smartphones. Qualcomm’s Snapdragon series was introduced in 2013 with Snapdragon 800 accompanied by 200, 400 and 600 series. A processor’s clock speed is the rate at which it can execute a given set of instruction and is measured in terms of Hertz (GHz or MHz). Higher the rate, faster it processes the information. Faster clock speeds mean more responsive while running a linear application (playing games or using a web browser). For a heavy gamer higher clock speed is a boon but also, greater the processing speed the more heat it dissipates and consumes more battery. This is the tradeoff between performance (clock speed) and power consumption.

The number of cores can be related to having many hands to complete a given task. If you have eight hands (or having eight cores), you can easily wash your clothes by using all of your hands but there’s a limitation i.e. the speed. Since all hands don’t work at the same speed, the work may be done by using only four hands operating at a greater speed (the other four hands unused). In a similar fashion, you can wash your clothes effectively by using four large hands at normal speed as it would be drudgery for smaller hands to complete the same amount of task. So having a greater number of cores (hands) is not always a better option.

The limitation of a single core processor is its clock speed, heat dissipation, and accuracy. Extra cores overcome this limitation with clock speeds by effectively multiplying the amount of data handled by the CPU since multi-core CPU’s are able to take a larger batch of data than their single core counterparts and appear faster.

Qualcomm Snapdragon 439, Snapdragon 632, and the Samsung Exynos 9610 processors are based on 8 core processors arranged in ARM’s big.Little setup (power management technology). The 8 cores are arranged in two clusters. One cluster has four large powerful cores with high processing ability and the other cluster has four small cores which have lower clock speed but more efficiency.

The big.LITTLE software can save 75% of CPU energy in low to moderate performance scenarios and can increase performance by 40% in complex calculations. Similarly, a 10-core MediaTek Helio X30 embraces the Tri-Cluster setup, which consists of two heavy-duty cores clocked at higher speed along with a medium performance quad-core clocked at a lower speed, and further, a power efficient quad-core running at minimum speed.  MediaTek states that this type of design offers 30 percent improvement in power consumption compared to the 2-cluster setup. The design makes use of heterogeneous processing, meaning that tasks can be administered to any CPU core at any time. 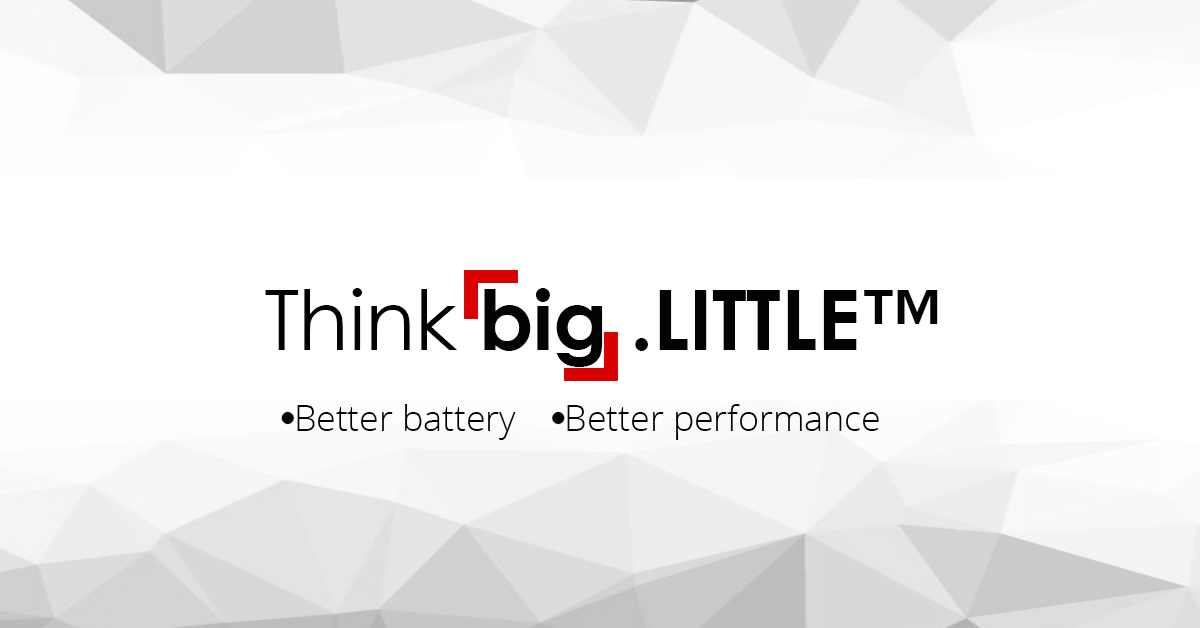 Any chip, be it a processor, memory or a GPU is made by integrating a large number of transistors. A transistor is simply a switch for electronic signals and has two states (ON/OFF). Nanometer (nm) architecture is the size of a transistor. The smaller the size, the more transistors can be embedded into the processor chip which increases its computing volume. A 45nm, 32nm, 28nm, 14nm, 10nm, 8nm, and 7nm are basically the scaling of the transistor with new fabrication technology. A 7nm (nanometer) chip is a path for current to flow. Since machines can only take bits as information (bits are binary digit 0’s and 1’s equivalent to ON/OFF state), a 7nm chip is based on a similar fashion. Shorter the length of a chip, the faster the current (or information) can flow through it. Also, shorter chips consume less voltage to operate and therefore, use less power. Qualcomm’s Snapdragon 855 is designed on a 7nm FinFET processor which can deliver up to 45% higher performance or 25% less power consumption than the 10nm chips.

GPU is a graphics engine which is capable of producing 3D environment on a 2D display (like playing PUBG Mobile & Asphalt 9 game on your display). Qualcomm’s Snapdragon  GPU branded under the name Adreno offers its users a high-speed GPU in a portable android device with better graphics, improved power savings, and increased performance. Also, the ARM’s Mali GPU-based smartphone relies on a whole new architecture which is not common in most GPU’s. These enable complex 2D and 3D gaming in a wide range of today’s smartphones with better clock speed. One cannot simply compare between these GPU’s by the specifications until the device is tested to its operating limits.

Smartphones come with several communications and connectivity facilities including 3G, 4G LTE, GPS, Bluetooth and Wi-Fi which requires hardware support of modems and chips. In a similar way, 5G is also creating quite a buzz these days. If you want to send a text or have a chat, any GPRS signal would support it. However, tasks involving data transfer such as surfing the web, social networking, emailing require a stronger and more reliable connection. Latest smartphones include jargons such as 4G LTE band (LTE stands for Long Term Evolution) and 4G VoLTE (Voice Over LTE) band. These two are common terms and used interchangeably in mobile communication. 4G (or 4G LTE) is the fourth generation mobile communication technology which is around five to seven times faster than the existing 3G and 2G.

A 4G mobile network will get a quicker response to a request than the same device connected to a 3G mobile network. Qualcomm is the leading company in this respect, followed by Samsung and Huawei. MediaTek, however, is a step behind but are aiming for the new marketplace to compete. 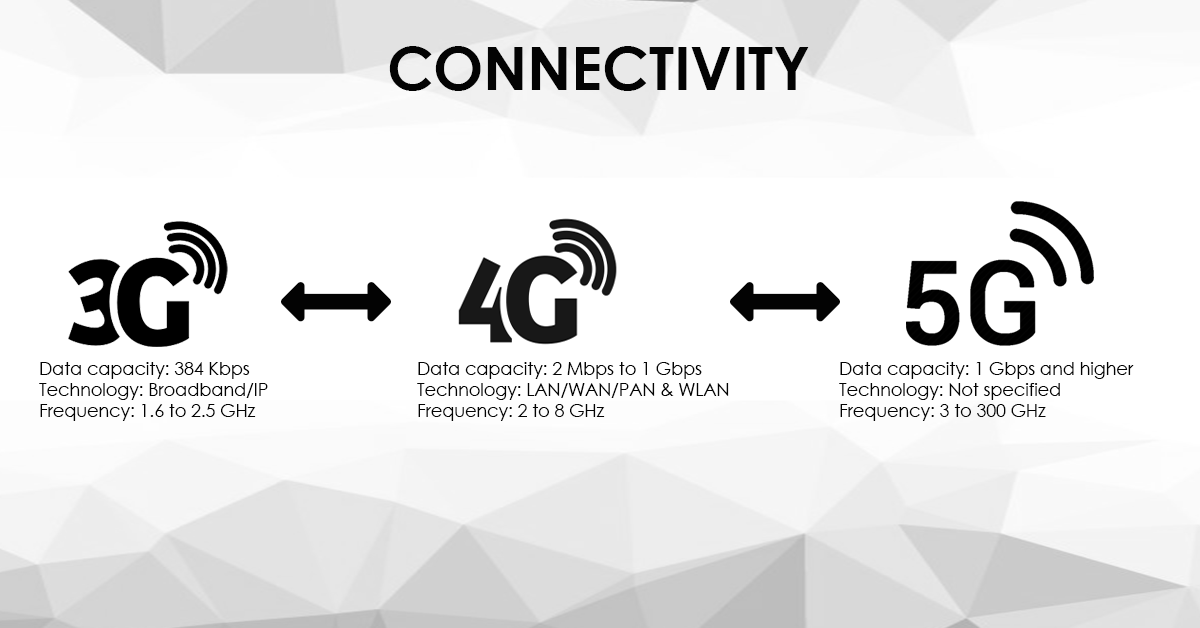 Next time whenever you go through the specs of a smartphone you fancy, make sure you examine the above-mentioned attributes and choose a smartphone that includes hardware which can bolster your daily activities. If you have any queries regarding smartphone processors, feel free to mention in our comment section below.