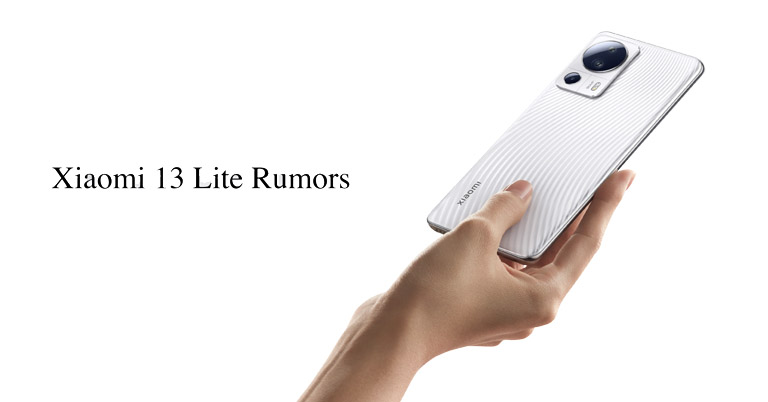 Last month, Xiaomi announced its flagship series for 2023, consisting of the vanilla Xiaomi 13 and a pro model. The company now looks to add another phone to the lineup—a semi-flagship phone. The rumored Xiaomi 13 Lite was recently spotted at the Google Play Console with its major specifications.

On the Google Play Console, Xiaomi 12 Lite is featured with the codename “Ziyi,” which previously stood for the China-exclusive CIVI 2. Even the listed specifications of the 13 Lite match that of the CIVI 2. This confirms that Xiaomi 13 will be rebranded CIVI 2.

So, Xiaomi 13 Lite will be powered by the Snapdragon 7 Gen 1, a premium mid-range chip based on a 4nm process. Announced almost a year ago, the chip still has a low adoption rate among smartphone manufacturers. The phone will at least have an 8GB variant, as hinted by the Google Play Console. Moving on, Xiaomi 13 Lite will sport a 6.55-inch AMOLED screen with a 120Hz refresh rate. The image on the listing shows a center-aligned punch-hole cutout. This could be a mistake from Xiaomi’s side since the CIVI 2 featured a pill-shaped cutout for 32MP dual selfie setup. In the picture uploaded, the 13 Lite looks more like the CIVI 1S. Over on the back, the phone will flaunt a triple camera setup consisting of a 50MP primary, 20MP ultrawide, and a 2MP macro. Fueling the phone will be a 4,500mAh battery, and it will have 67W fast charging support. Xiaomi 13 Lite will have an in-display optical fingerprint scanner. Considering it is part of the flagship number series, we expect it to ship with the new Android 13-based MIUI 14.

The Xiaomi 13 Lite is expected to go global at the upcoming Mobile World Congress alongside the vanilla 13 and 13 Pro. The company has already started handing out invitations for its showcase, which will begin on February 27 and will last till March 2.