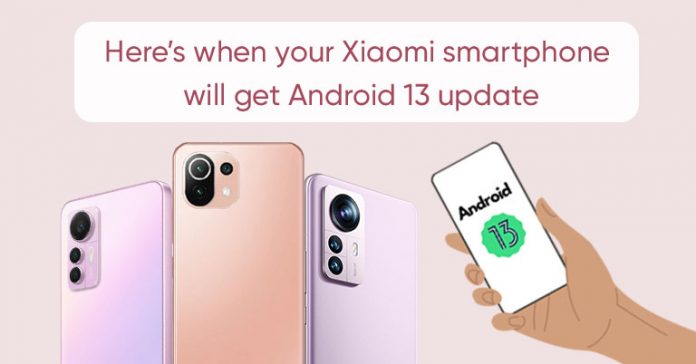 MIUI 14 is the next iteration of Xiaomi’s custom skin based on Android 13. It is expected to include some visual changes as well as more custom features that the company adds with each iteration. Here, we will go over the devices that are expected to receive the Android 13-based MIUI 14 update.

While Xiaomi has not made an official announcement about MIUI 14, we do know that it has been in the works for months. According to Xiaomiui, the company has already begun testing MIUI 14 on two Snapdragon 8 Gen 2-powered devices. These are believed to be the Xiaomi 13 and Xiaomi 13 Pro, which will be released in November or December. What’s more, the publication has also revealed the list of eligible devices that will receive the MIUI 14 update. MIUI 14 is expected to feature a major UI/UX overhaul. The new interface will feature a bold font and a card-based user interface. Apps like Gallery, Clock, and App Vault will also get a design refresh. There will also be new customization alongside these visual changes.

For privacy-focused enthusiasts, MIUI 14 will include a new Anti-fraud protection system. It will automatically scan incoming calls and messages for security risks. The feature will also alert you about malicious applications.

The new skin will also include a new Android 13 media player.

As previously stated, MIUI 14 is expected to debut in the Xiaomi 13 series. So we can expect Android 13-based MIUI 14 to begin rolling out in bulk shortly after.