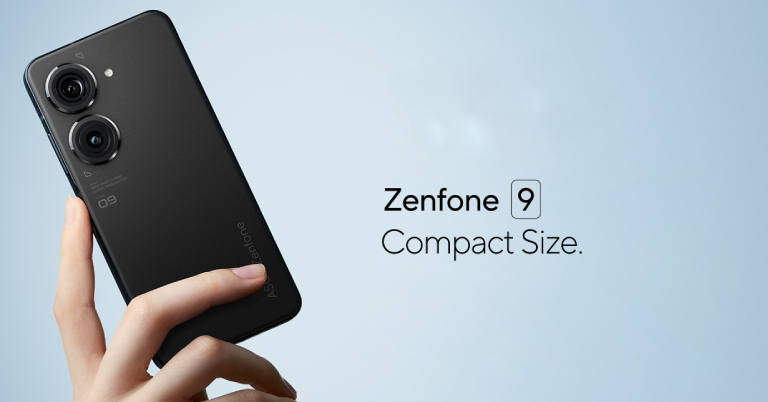 Following the release of the gaming-focused ROG Phone 6 Series, Asus has now released the Zenfone 9. This is a compact Android phone that follows the Zenfone 8 from last year. So, let’s have a look at the specifications, features, availability, and expected pricing of the Asus Zenfone 9 in Nepal.

The Zenfone 9 keeps the compact form factor of its predecessor, weighing only 169 grams. Yet, it is easily distinguishable in terms of design. The rear panel is made of polymer material, which is more scratch and shatter-resistant. On the rear, Asus has also added two camera rings that hold the camera lenses. 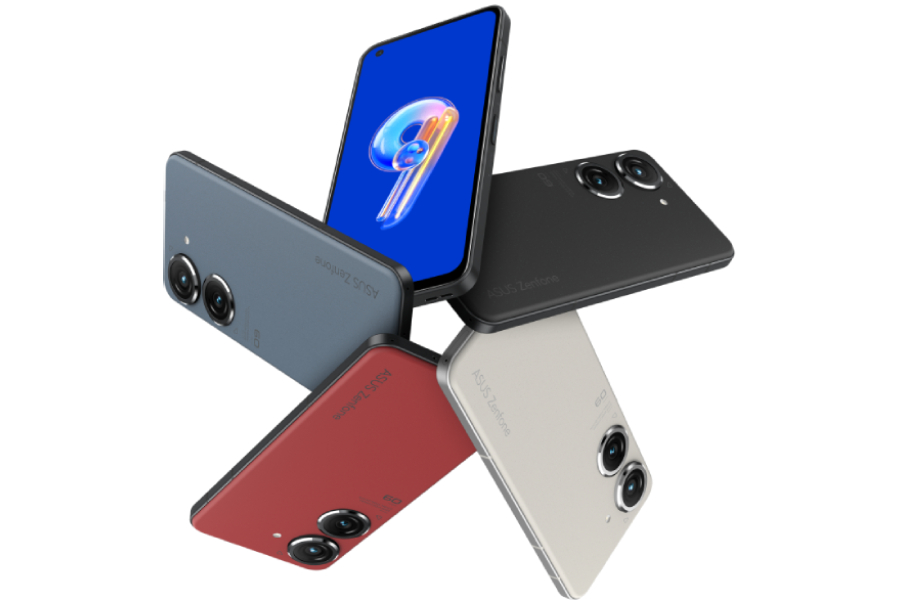 Similarly, the smartphone’s frames are composed of aluminum, and it has an IP68 rating for dust and water resistance. You can get the smartphone in Midnight Black, Moonlight White, Sunset Red, and Starry Blue color options.

On the front, the Zenfone 9 features a 5.9″ OLED display with HDR10+ compatibility and Full HD resolution on the front. This device supports a refresh rate of 120Hz and a touch sampling rate of 240Hz.

Similarly, the display can go as bright as 1100 nits and gives 800 nits of brightness at 100% average picture level (APL), which is a value between the black and white standard levels. Other notable feature includes delta E < 1, 112% DCI-P3, 151.9% sRGB and DC Dimming mode.

Aside from being a compact phone, the Zenfone 9 packs a punch on the inside. The Snapdragon 8+ Gen 1 chipset powers it and Asus installed a vapor chamber to keep it cool under high workloads. 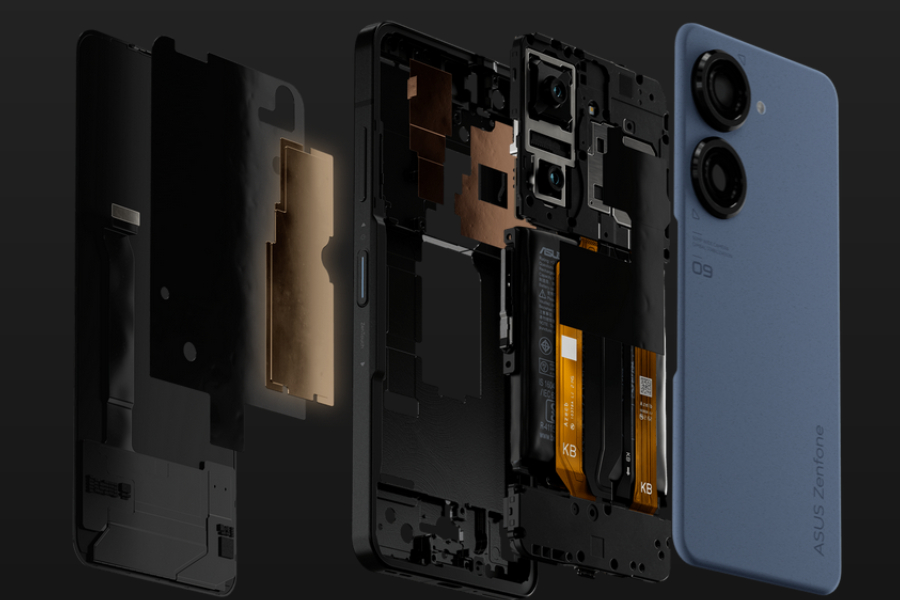 You can get the device with either 8GB or 16GB of LPDDR5 RAM—nothing in between, like 12GB or such. The storage options are 128GB or 256GB UFS 3.1, with no support for microSD cards for extra storage. It runs Android 12, and the manufacturer promises two major platform upgrades as well as two years of security fixes.

Asus has also catered to gamers with the Zenfone 9. There is a feature called Game Genie which is essentially borrowed from the ROG phone that displays game FPS, expected battery life, system temperature, and other information. Other applications can also float on the screen if you need to quickly respond to notifications. It also allows your gameplay screen recording.

In terms of optics, there are two camera lenses at the rear. The primary camera sensor is a 50MP IMX766 sensor with a 6-axis hybrid gimbal stabilizer which is said to be three times more effective than the OIS module. A 12MP Sony IMX363 ultrawide lens with a 113-degree field of view joins the main lens. Likewise, for selfies and video calls, it has a 12MP IMX663 sensor. Both the front and back cameras can record 4K video here.

As for the battery unit, it comes with a 4,300mAh battery which is 300mAh more than its predecessor and 600mAh larger than the similarly sized Galaxy S22. As per Asus, if you set the maximum charge to 80 percent, the battery health falls by 7% after 500 charge cycles. On a full charge, the cell will degrade at a rate that is more than twice that of the same charging cycle. By the way, it fuels via a 30W HyperCharger and also supports USB Power Delivery 3.0. You can also toggle  To reduce phone temperature, you may also use the Steady and Ultra Steady modes, which limit charge power to 18W and 10W, respectively.

Furthermore, Asus has installed two speakers on the phone, one on top and one on the bottom. The lower one is a 7-magnet speaker, while the upper one is a 3-magnet speaker. Each one is equipped with a Qualcomm Aqstic amp and is tuned by Dirac.

There is a 3.5mm headphone jack on board for wired medium. But for wireless headphones and such, it brings support for aptX HD, LDAC, and AAC codecs. You also have access to four Dirac audio modes as well as a 10-band equalizer to tune the audio according to your taste.

Biometrics options include a side-mounted fingerprint sensor. Interestingly, the power button features a pressure-sensitive sensor that can bring up the notifications window with a swipe.