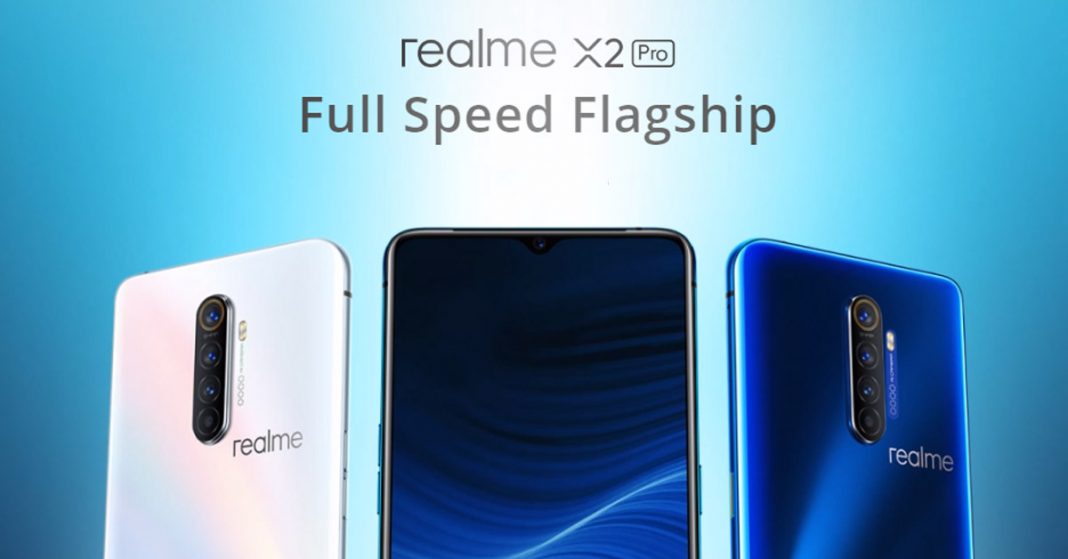 Realme, the subsidiary of OPPO has been known for its budget phones like the Realme 5, 5 Pro, Realme XT, etc. And now for the first time in the company’s history, Realme has pushed the boundaries and released the Realme X2 Pro which offers flagship-level performance for the price of a budget phone. Kudos to Realme! The major highlight of the phone is the latest and flagship-grade Snapdragon 855+ chipset, a 90Hz display, a 64MP quad-camera setup, and 50W VOOC charging. However, Realme X2 Pro will not be launching in Nepal officially.

It’s a great time for smartphone consumers. One no longer has to put a big hole in their wallet to purchase a flagship-level phone. Major thanks to the neck and neck competition among the manufacturers for the bigger share of pie and consumers’ increasing tendency to hold on to their devices longer, OEMs have been in a way compelled to bring out high-spec phones at a lower cost. Let’s just hope this trend doesn’t fade away anytime soon.

Sporting a big 6.5-inch “Dew-Drop” Super AMOLED screen, the Realme X2 Pro’s display is a visual treat. It has an FHD+ (2400 x 1080) resolution and a tall 20:9 aspect ratio. Additionally, its a 90Hz panel with HDR10+ support with max brightness up to 1000 nits. Furthermore, the Realme X2 Pro display is also said to have full coverage of the DCI-P3 color space. The only thing to nitpick about the X2 Pro’s display would be the older generation Corning Gorilla Glass 5 protection. Moving on, it boasts the latest Qualcomm Snapdragon 855+ chipset alongside the Adreno 640 GPU. Knocking down every task you throw at it, the Realme X2 Pro throws some major shade at the Redmi K20 Pro. It comes in three memory variants: 6/64GB, 8/128GB, and 12/256GB. However, the base model is constrained to older UFS 2.1 storage technology while the higher ends have UFS 3.0.

Quad-camera is the next big thing in mobile photography it seems. The Realme X2 Pro features a 64MP Samsung GW1 sensor with f/1.8 aperture. It is further complemented by a 13MP f/2.5 telephoto lens, an 8MP f/2.2 ultrawide angle lens, and a 2MP f/2.4 depth sensor. The telephoto lens here supports 5X Hybrid Optical zoom and 20X Hybrid Zoom. Coming to the front, there’s a 16MP f/2.0 lens in a tiny notch.

There are also some decent videography features embedded into the Realme X2 Pro. It can shoot 4K videos at either 30 or 60fps. When it comes to image stabilization, the rear camera has Ultra Image Stabilization (UIS) while the front one has Electric Image Stabilization (EIS). Video Bokeh and Super Wide-Angle videos are other highlights of the device.

Powering this beast is a 4000 mAh non-removable battery. On an interesting note, the Realme X2 Pro supports an impressive 50W SuperVOOC Flash Charge that can take your phone from 0 to 100% in about 35 minutes of charge. Talk about speed! Realme has designed the X2 Pro with power users in mind. On more positive news, the phone still has a 3.5mm audio jack with Dolby Atmos support. There are dual stereo speakers for a great audio experience. The phone implements the latest Goodix G3.0 in-display optical fingerprint scanner, which unlocks the device under 0.23 seconds. Realme X2 Pro runs on Android 9.0 (Pie) with OPPO’s ColorOS 6.1 on top. It is also scheduled to receive the Android 10 update.