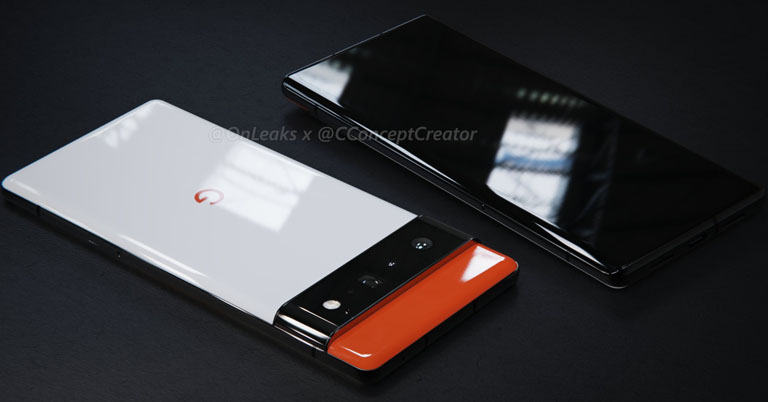 Last year’s Pixel 5 was Google’s flagship offering, yet it was only a mid-range smartphone when put up against the best from other brands. It had a relatively under-powerful chipset and borrowed design from the cheaper Pixel 4a. But recent reports suggest that the tech giant isn’t holding back anymore. About a month ago, Jon Prosser leaked renders of the upcoming Google Pixel 6 and 6 Pro, and now he has revealed their complete specs.

According to Prosser, Google Pixel 6 Pro is codenamed Raven, and it will feature a 6.71-inch Plastic OLED from LG. The information doesn’t align with previous leaks by OnLeaks, which claimed a 6.67-inch panel.

All the leaked renders reveal a center-placed punch-hole cutout for the selfie camera. The bezels around the screen are minimal. The display is curved at the edges, giving it a premium look and feel. There is no news of a higher refresh rate yet. 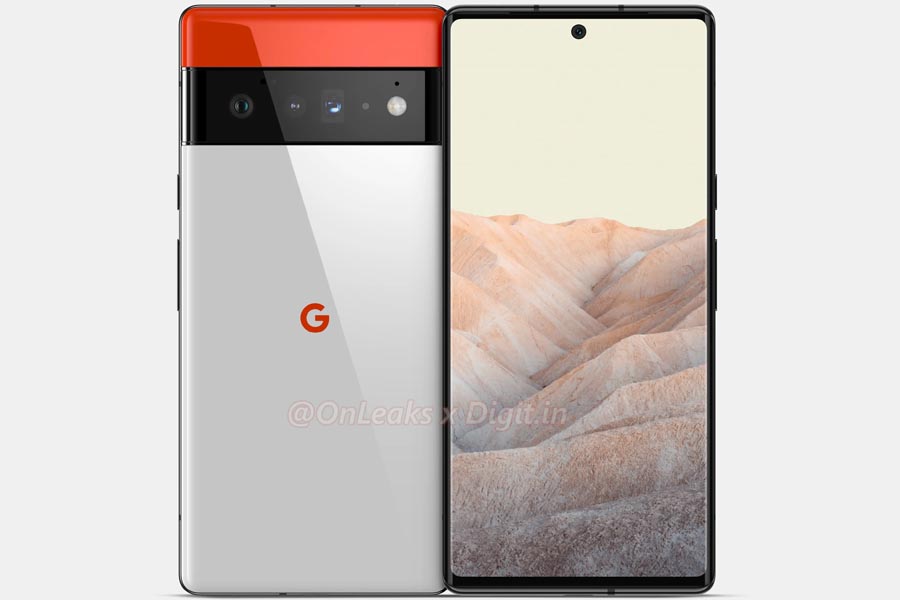 At the back, Pixel 6 Pro has a dual-tone finish with the camera module in between the two colored stripes. This horizontal stripe enclosing the rear camera setup has a significant bump to it as well.

The phone will also be the first to be powered by Google’s own chipset. Google has been relying on Qualcomm’s silicons for its Pixel lineup of smartphones so far. Yet, it was revealed earlier that Google is collaborating with Samsung’s Exynos division for its own SoC called Whitechapel this year.

Just like Apple’s M1 chip, this silicon will be used in both smartphones (Pixel) and laptops (Chromebooks) from Google. There is not much information about it online except for the reports that it is codenamed “GS101” internally.

Moving on, Pixel 6 Pro houses three cameras at the back—a first for the lineup. Up until now, Google relied on a dual-camera setup at best. The triple camera configuration includes 50MP primary camera, a 48MP periscopic telephoto lens, and an additional 12MP sensor for ultrawide shots. In addition to the camera, the module also houses an LED flash, a couple of sensors, and a microphone.

As expected, the Pixel 6 series will be the first to come with Android 12 out-of-the-box. According to Prosser, Google will also be providing 5 years of major software updates on these devices.

Likewise, Pixel 6 Pro will feature a dual-speaker set up with a top and a bottom-firing unit. The device will feature a 5,000mAh battery, and there will be support for wireless charging. It will also house an optical in-display fingerprint scanner for biometrics, which will be yet another first for a Pixel phone. Up until now, Google has been including a rear-mounted physical fingerprint scanner.

The standard Pixel 6, on the other hand, will feature a 6.4-inch AMOLED panel. The phone will retain the primary and ultrawide camera but will skip the telephoto lens. It will arrive in two memory configurations – 8+128GB and 8+256GB. It will also feature a smaller 4,614mAh battery.

For now, there is no information regarding the exact launch date for the phone. However, it is rumored that Google Pixel 6 and 6 Pro will be unveiled in October later this year.