Huawei has been pumping out decent lower-mid range smartphones under its ‘Y’ series. The Y9 2019 was an okay-ish device with great potential which just couldn’t excel at anything particular. Similarly, the Y9 Prime was also good-enough mid-ranger that featured a pop-up camera. And now, the latest addition to them is the Huawei Y9s which brings a pop-up camera and Kirin 710F chipset to the mid-range price segment in Nepal.

Starting with the design, the Y9s features a similar notch-less and bezel-less display like the Y9 Prime. However, there are still minimal bezels on the top and the bottom resulting in an 84.7% screen-to-body ratio. The display here is a tall 6.59-inches LCD panel with Full-HD+ resolution. So, I’m sure you’ll enjoy watching videos or other content on the Huawei Y9s. 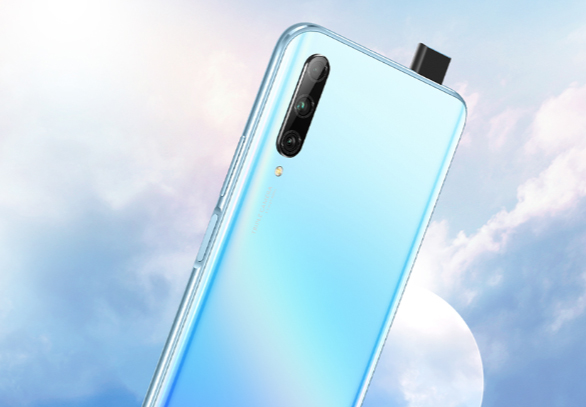 Moreover, the phone’s front and back are made of glass with aluminum frame giving it a premium look and feel despite being a lower-midrange phone. And like the recent Nova 5T, you get a side-mounted fingerprint scanner on the Y9s.

Moving to the camera, it has a triple rear-camera setup with a 48MP primary unit. There’s an additional 8MP ultrawide lens and a 2MP depth sensor for those bokeh effects, while the 12MP selfie camera rises from underneath the top frame of the phone.

Now, the performance isn’t something impressive on the Y9s as it comes with the same Kirin 710F that we saw on the Y9 Prime. It is a good chipset but not good enough for an upper midrange phone. However, Huawei has been gracious enough to embed the base and only variant of the Y9s with 6/128GB memory. Moreover, it runs on Android 9 (Pie) with EMUI 9.1 on top, with all Google’s suite of applications and services. So, no trouble there!

On to the battery, there’s the standard 4000 mAh unit. The disappointing news here is that it comes with a significantly slower 10W charging. So, while the competition is providing 18W or higher charging, Huawei couldn’t be bothered to include a faster charging on its less expensive smartphones.

The price fo Huawei Y9s in Nepal is Rs 33,900. You can get your hands on the device through official Huawei showrooms, and select online and offline stores in Nepal.

Though the price of the Huawei Y9s in Nepal is similar to that on the foreign market, I feel it’s not that competitive when looking at the competitors. The phone is available for NRs. 33,900, which I think is a little more than it should’ve been. For a similar price or less, you can get Xiaomi’s killer mid-ranger – the Redmi Note 8 Pro or Samsung’s Galaxy A50s which is a great phone as well, since it received a significant price-drop.