So here I am—finally—with my full review of the iPhone 13 Pro Max. I’ve been using it since the beginning of Dashain, so it has been my daily driver for the better part of a month now.

Initially, I thought of getting the smaller iPhone 13 Pro because it shares the same specs as the Pro Max this time. I imagined it would be perfect for me because of its smaller form factor. But I found the 13 Pro to be a bit too dense for its size, so I got myself the 13 Pro Max instead.

Don’t get me wrong—the 13 Pro Max is even heavier but since its weight is distributed over a bigger chassis, it feels more ergonomic in the hands. The 13 Pro Max is still a very heavy phone, but over time, I got used to its weight.

And since a lot of iPhone 11 Pro Max users are going to get this as an upgrade, I asked a few of my friends who recently switched made the switch, and they told me that they didn’t feel it to be any different than the 11 Pro Max in terms of the overall heft.

Still, if you are coming from iPhone 11, the iPhone XR, or if you go way back to the iPhone 8/8 Plus era, the 13 Pro Max is going to be a good muscle exercise for you. That, I am pretty sure!

But with all things considered, Apple has absolutely nailed this year’s iPhone. I mean, this is the phone that scores the best numbers in almost every aspect. And I believe it will continue to remain the top choice even after say, Samsung launches the Galaxy S22 Ultra or OnePlus comes up with its next flagship phone later in 2022. 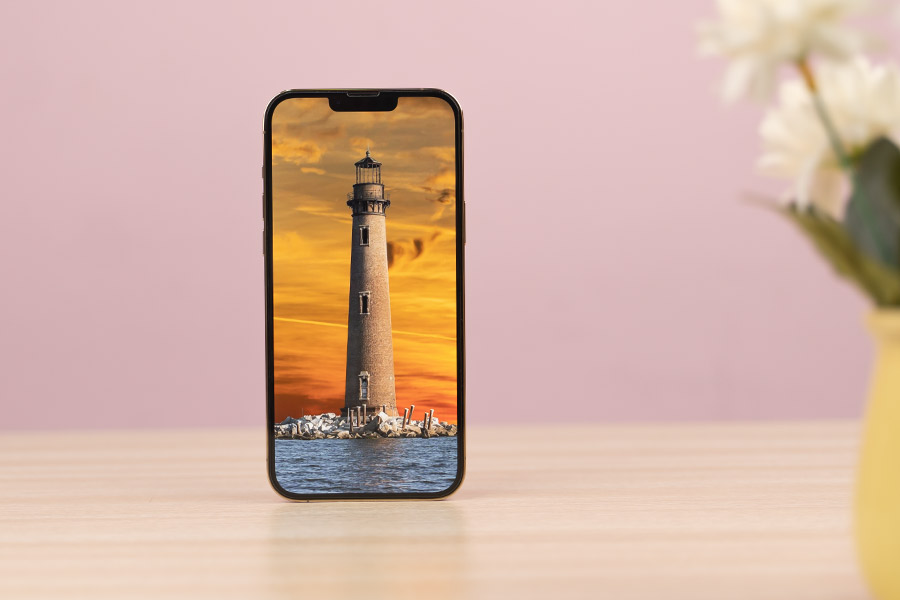 And one of the reasons why Apple is so successful is that they have made some serious leap in the silicon industry—with the A-bionic chipset on its iPhones and the M1-powered MacBook Pros.

Powered by the latest A15 Bionic chip, the iPhone 13 Pro Max is so fast and so darn good, that I am pretty sure even the next generations of Snapdragon chipsets aren’t going to match its raw performance.

Why go that far; even the A14 Bionic on last year’s iPhone 12 series is still streets ahead of its Android counterparts.

And we all know that Apple has always been the top dog when it comes to optimization, and its software and hardware bond is getting better and better with every iteration.

And trust me, this is bad news for Android because we want things to remain competitive to get the best out of both platforms. But sadly, Apple is guilty of murder because they are killing it.

Anyway, we finally… finally get to see a 120Hz refresh rate on an iPhone display with the 13 Pro series. But honestly, I didn’t find it to be that huge a deal. Sure, it makes scrolling and navigating through the UI faster but compared to last year’s iPhones, I didn’t necessarily find it to enhance my smartphone experience as much as I’d initially hoped for. This is probably because iPhones are so well-optimized, that even the 60Hz display on older iPhones feels so smooth. However, gaming is going to be the one key area where we will eventually see developers rolling out 120fps mode on iOS games.

And after 10-15 minutes of gaming, the phone gets hot and the brightness levels drop to 75% and then to 50%. But I think in 3 to 6 months, this issue should be resolved and we will be able to enjoy high fps gaming very soon.

A little short of a Pro gaming phone

As for other popular titles like PUBG Mobile, iPhones have always been the best choice for professional eSports athletes and the 13 Pro Max is going to continue that legacy. I was able to run the game smoothly at 60fps in HDR and Extreme settings with great details and zero lags.

And unlike the iPhone 11 Pro Max and 12 Pro Max, the screen doesn’t get dim even after like 30 minutes into the game, which is fantastic. To avoid screen dimming, you can always play games in low power mode as well, which dials down the voltage, and hence the chipset doesn’t dissipate as much heat as it should.

But one aspect where I think the iPhone 13 Pro Max could have done slightly better is in terms of the display quality. Apart from trimming down the notch, there’s not much of an improvement here coming from last year’s iPhone.

Granted that this still is an excellent display with Dolby Vision, accurate colors, and outstanding brightness levels, I believe Apple could have given a slightly boosted touch response rate which would’ve definitely enhanced the experience even more. Yet, I think Apple is reserving this feature for next year’s iPhones instead. Still and all, this is one of the best phones for multimedia consumption. And Apple has also improved the audio quality of its speaker on the 13 Pro Max. In my experience, I found that it sounds fuller and louder as compared to the 12 Pro Max.

Now getting to the battery, I haven’t seen anything like this before. At 4352mAh, this is the biggest battery on an iPhone yet, and its endurance is just amazing. To put that into context, I am constantly getting 2 days of battery life on this thing, whereas I’m used to a day’s worth of endurance on an Android phone with a 4300mAh cell.

So, this sums up just how good the battery life on this thing is. Charging it is a bit slow with the official 20W charger and Apple is yet to jump on the “super-fast charging” bandwagon in favor of better battery health over time. But in my opinion, providing a faster 30W charging solution at least on the Pro series wouldn’t have hurt the battery heath that much.

During the launch, Apple said that the 13 Pro Max has the biggest camera update ever on an iPhone, and all the 3 lenses on this year’s 13 Pro series have been upgraded to new, bigger sensors. While this sounds good on paper, honestly, you won’t find a big difference over last year’s 12 Pro Max, since that phone still captures amazing pictures.

Anyhow, the 13 Pro Max is probably in my top 3 list of best camera phones for photos this year.

All 3 of its cameras capture excellent images almost all the time.

I found its camera to be doing better than the S21 Ultra in most cases as well.

However, the difference I’m talking about is marginal—and at times, you might find the S21 Ultra’s color-pop more pleasing, whereas you will notice night mode working better on the Samsung phone too.

But if I were going on a trip and had to pick one phone, it would definitely be the iPhone 13 Pro Max.

However, at times, I found the 13 Pro Max struggling with exposure and had to take the picture multiple times to get it right.

Likewise, portrait is one of the areas where the 13 Pro Max is simply incredible.

During Dashain, while hanging out with my friends, I clicked a lot of photos and it has impressed me every time. Just look at that low-light portrait shot, isn’t it amazing?

Also, I found the 3x telephoto zoom lens offering better edge detection than 1x portraits as you can see from this sample.

Its quality is satisfactory, but I think Apple should have included a dedicated macro mode here.

For now, the camera app automatically switches to the macro mode if you try to click close-up subjects.

The problem here is that if I try to go close, it switches to the ultra-wide sensor way too early and the end result isn’t as detailed as the images from the primary camera. The iPhone’s regular and portrait selfies look pretty good too—although there’s a noticeable warm tint sometimes.

Anyway, Apple has kept on improving on the video department with every iteration and they continue to stay on the top of the table with the 13 Pro Max.

No other smartphone, not even the S21 Ultra, can match the level of stabilization and exposure maintenance as well as the iPhone 13 Pro Max; this applies to both wide and ultrawide camera, by the way.

Cinematic Mode is the new video feature that Apple has been hyping up since the launch event. But personally, I didn’t find it that useful. Sure, it is better than the bokeh video mode that you see on Samsung and other Chinese phones, but I think it’s still a few generations away from being respectably good. But right now, it’s not very useful.

Moving on, the iPhone 13 Pro and Pro Max can also shoot ProRes videos at up to 4k/30fps—or 1080p/30fps on the 128GB models. Basically, it’s a video codec format that’s mostly useful for filmmakers, editors that work with Final Cut Pro X, Adobe Premiere Pro, Davinci Resolve, and such. With this, you can shoot videos with high color information and minimal compression.

Ok, to wrap up this review of the iPhone 13 Pro Max, Apple seems to have struck gold with the latest iPhones. But you know what, I am one of those people who reviews at least 30 Android phones a year. And switching back to an iPhone as an “Android” user means I still find Siri to be way inferior to Google Assistant which I am extremely used to. Plus, the whole “iPhones not having a type C port” shebang, especially in a country where 9 out of 10 smartphones users have an Android device is a pain in the butt. And yeah, we still gotta wear a mask so Apple’s Face ID could get annoying at times, so I just wished they had gone with a Touch ID integrated power button instead.

Still and all, the iPhone 13 Pro Max has managed to stay so dear to my heart that it pains me to let go of this phone since I gotta shift to the Realme GT Neo 2 for its review now.

I wasn’t expecting to be so wowed by it, but Apple has managed to do exactly that. All I can do now is hope that some upcoming Android phone manages to reignite a similar level of contentment and fulfillment as the iPhone 13 Pro Max. Or am I wishing too much?