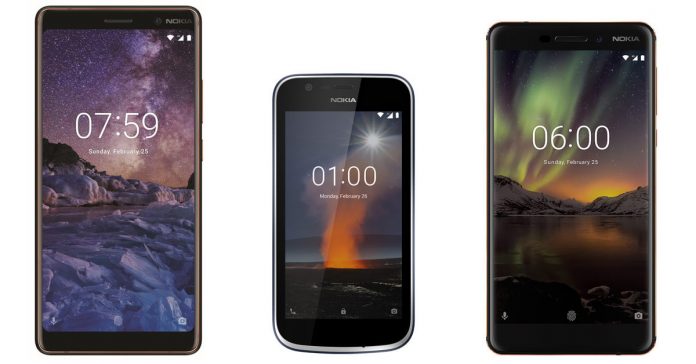 After the downfall with the Windows phones, Nokia phones are now bringing back the glory with Android OS. This journey obviously has not been a long one. However, with HMD Global by its side, Nokia is getting back on the track. The galore of appraisals for the handsets and the frequent news about the Nokia smartphones being sold in minutes is simply mind-blowing. Lately, when Nokia showcased itself with its latest smartphones in the MWC 2018, the remarks from the tech crowds was unforgettable. The same smartphones, which made the headlines during the MWC 2018 is now available in Nepal. The three Nokia smartphones, which made its way to Nepal to excite the Nepalese tech enthusiasts with its sublime design and specifications are Nokia 1, Nokia 6 2018, and Nokia 7 Plus.

It is always a person’s dream to carry a smartphone packed with numerous useful features and also looks and feels premium on the hold. Such smartphones, however, comes at an expense of a stack of cash and not every people can afford it. Targeting such customers in the market, Nokia 1 serves to delight the people with its impeccable features at a budget-friendly price.

With the sturdy build, Nokia 1 justifies the goodwill earned by Nokia over the years. The 4.5-inch screen on the device is a decent size on a budget smartphone. At this size, the handset is easy to hold and use even with a single hand.

This least expensive Nokia smartphone is gifted with 1GB of RAM and 8GB of internal storage. The presence of 1GB of RAM might seem displeasing these days. However, this handset is one of the privileged ones to boast the light or Go version of Android OS. With the Android Go OS on its system, the apps and internal processes inside the device are optimized so the device does not suffer lags and stutters on the use. 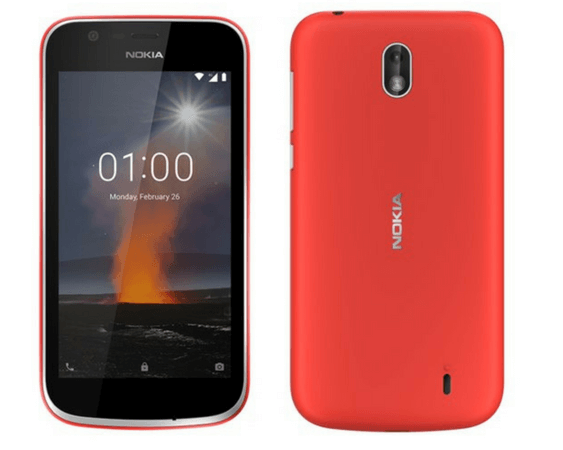 Nokia 6 was the most loved Nokia smartphone last year. The smartphone also made headlines on more than one occasion for being sold in less than a minute time. Nokia 6 2018 is the successor to the same smartphone, which refueled the hopes of Nokia to regain its glory back after the downfall.

Boasting a 5.5-inch Full-HD display, the Nokia 6 2018 comes with shielded with the Gorilla Glass 3 on the top. Looking at the display size and protection system used, the handset does not seem to make any changes. But if both handsets are kept side by side, it can be seen that the newbie possesses smaller bezels as compared to its predecessor.

Last year’s Nokia 6 was powered with Snapdragon 430 chipset, which used to disappoint its users with the excessive heating and stuttering processing during when assigned to heavy workloads. However, in the new model, the chipset is replaced by Snapdragon 630 chipset. With this new chipset, the smartphone has the potential to outperform the mid-range fan favorite smartphones like Xiaomi MI A1, Vivo V9, Redmi 5 Plus, etc. And the presence of bloatware free stock version of Android provides a strong suit to the device to unleash its potential.

Despite the trend of dual cameras, Nokia had to be adamant about providing a similar setup on Nokia 6 2018. So just a single sensor of 16MP resides on the back. The Carl Zeiss lens is used on its rear camera. Carl Zeiss is a renowned name in the camera industry. So we can expect some astonishing shots from the device. Up front, there is 8MP camera dedicated for the selfies. 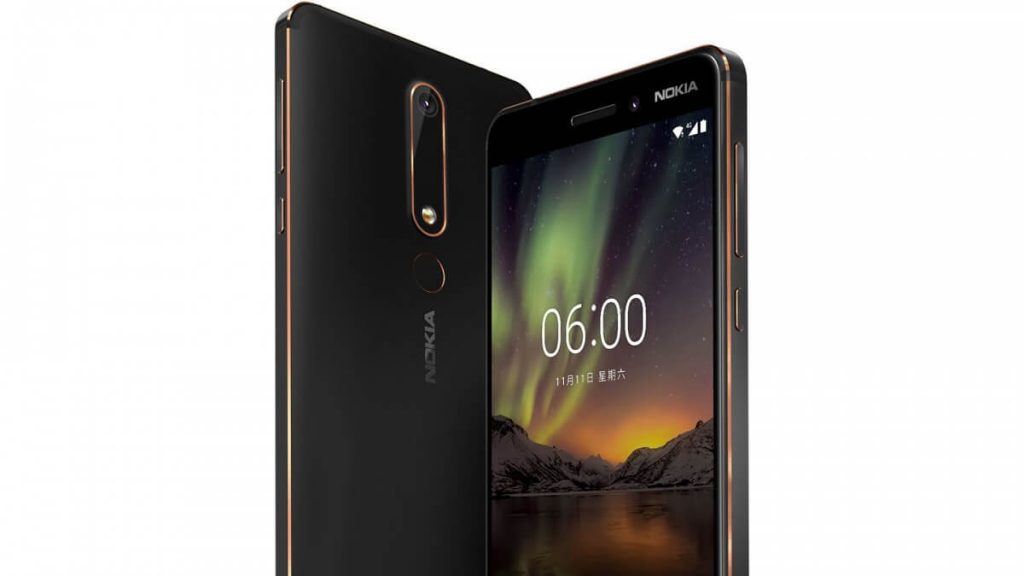 If the absence of dual camera setup in Nokia 6 2018 displeased you then don’t worry, there is Nokia 7 Plus for you. Nokia 7 Plus is equipped with a capable setup of dual lenses, which also comes from Carl Zeiss. The setup employed on the 7 Plus is same as that available on the most premium Nokia handset, the Nokia 8 Sirocco. The setup includes a primary sensor of 12MP coupled with the secondary telephoto lens of 13MP. With this setup, portrait shots with Bokeh effects can be achieved easily.

Likewise, there is a 16MP camera on the front. According to Nokia, the selfie camera on the device has adaptive sensor technology and can combine four pixels together to create a ‘super pixel’. The front camera also sports portrait mode where the users get to add or modify light sources.

In terms of design, managing the sturdy outfit the brand has been successful to inject some design language into the handset. Machined from a single 6000 series Aluminum, the device obviously possesses a robust build. On the top, the six-layered ceramic feel paint and Copper accents on the edges, around fingerprint sensor, camera, and logo has sprinkled the genuine amount of premiumness.

In terms of display, Nokia 7 Plus boasts 6-inch IPS LCD display provided with Gorilla Glass 3 for the protection. The display comes at an aspect ratio of 18:9 aspect ratio, which is the trend in the smartphone market. Featuring Full-HD+ resolution, the smartphone enjoys a pixel density of 403PPI.

Powering the Nokia 7+ is snapdragon 660 chipset backed by 4GB of RAM and 64GB of internal storage. On the software front, the smartphone comes with a Stock version of Android Oreo out of the box. Like every other Nokia smartphone, Nokia 7+ is an Android One device, so it will get the upgrades and security patches from Google up to Android Q.