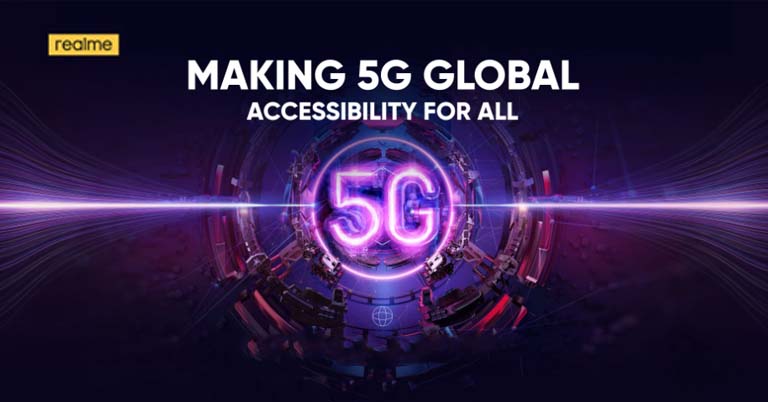 Over the years, Realme has expanded its portfolio of smartphones from budget to flagship devices. Now, Realme India and Europe CEO Madhav Sheth indicated during the firm’s recent 5G summit that the company is now aiming to launch 5G phones under USD 100 in the coming months.

Realme’s CEO announced that the company will invest over USD 300 million in 5G research and development, as well as establish seven R&D facilities in various regions, including India.

The company aims to grow the number of 5G devices in its portfolio to over 20—ensuring that 70% of its devices on the market will be 5G ready. Realme’s first step on the 5G market debuted with the Realme X50 Pro, which was also the first 5G smartphone in India.

Similarly, the company recently announced Realme 8 5G as its most affordable 5G device yet. And, the new goal is to deliver 5G phones for less than USD 100. Furthermore, the CEO has officially confirmed that the Realme GT 5G will be launched globally this month. To diversify its portfolio, the brand will also introduce 5G in the existing number series, Narzo, and GT lineup.

Right now, it is unclear when such phones will launch and how much they’ll cost exactly. Furthermore, it is unknown which series of Realme 5G phones will be available for less than USD 100. However, given that the C-series is the company’s budget lineup retailing under a few hundred dollars, that might be where Realme plans to introduce the said 5G phones.

The prospect of new technologies in low-cost phones is definitely alluring. However, companies often tend to forgo some useful features just to offer 5G in their smartphones. As a result, a parallel approach should be taken to increase 5G’s reach, while making no compromises in terms of functionality.