In this review, I will be discussing my in-depth experience with the Realme GT 2 Pro. This is the company’s most premium phone to date, and it comes with a really impressive spec sheet for quite a reasonable price. And I’ve also been comparing this phone with the Xiaomi 12 Pro, which has more-or-less the same specs but for a slightly higher price. 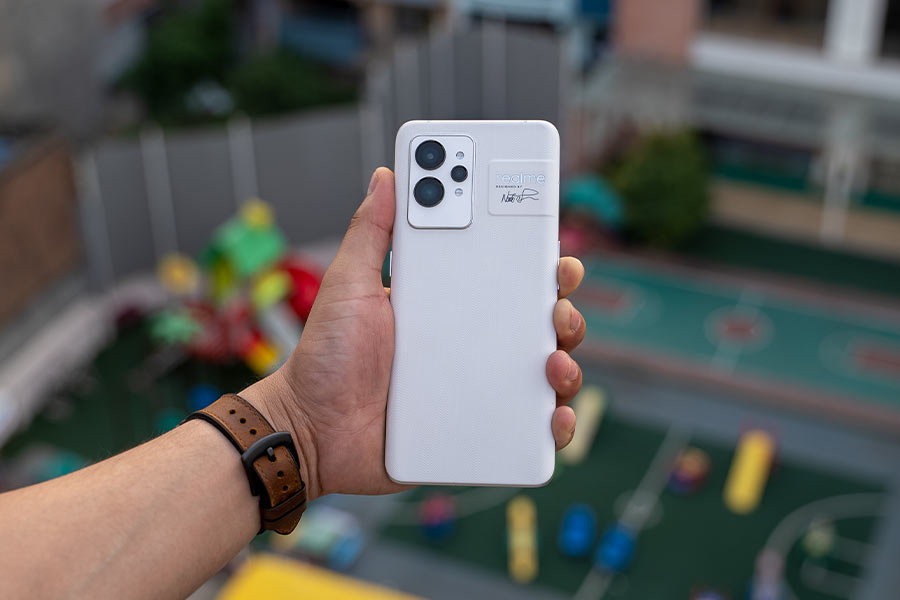 So let’s dive into the review with the things I have liked about the Realme GT 2 Pro. And the first thing that comes to my mind is certainly its unique design that I’m quite fond of! In this world of plastic and glass finish phones, Realme’s paper-like implementation looks and feels quite different.

Likewise, the company says they’ve used bio-based polymer here which leaves around 35% less carbon footprint, so that’s something I really appreciate being an eco-freak myself!

And not to forget, its paper-like back means you can write on it too, which is kinda interesting—but definitely not something you would do regularly. But you know what would have been even more interesting?

If the GT 2 Pro came with the design as initial leaks suggested. I mean, that looks so damn cool, right?

Nevertheless, coming from the flashy racetrack design of the Realme GT, this one’s a huge improvement in my opinion.

Also, having used this phone for quite some time—that too without a cover—I am pleasantly surprised that this back hasn’t gotten dirty even on this light color textured finish. And it is one comfortable phone to use too, thanks to its lightweight build quality and flat frames.

But comparing the Xiaomi 12 Pro side by side, I feel like the GT 2 Pro kind of misses out on that premium heft. So if you are into hefty glass design phones, I think you might like what Xiaomi has to offer instead.

Something to ponder upon

Overall, I don’t have many complaints on the design front except that it’s missing an IP rating. Allow me to go a little off-topic here. I don’t know if you have watched MKBHD’s interview with the then co-founder of OnePlus, Carl Pei, but in that interview, he says that the cost for including an official IP rating on the OnePlus Nord would’ve been around $15 had they decided to go that route.

So, I think it’s high time that brands like Realme and Xiaomi start offering such ingress protection at least on their most premium flagships because it seems like the cost of the phone wouldn’t go up by a huge margin anyway!

Ok, in terms of display, you get everything you’d expect from a flagship phone here on the Realme GT 2 Pro. It has a 6.7-inch Samsung-made AMOLED panel with 2K resolution, 10-bit colors, 100% DCI-P3 color coverage, LTPO 2.0, and up to 1000Hz of instant touch sampling rate.

And it’s not just about the specs, this is indeed one hell of a good screen. I found it to be quite bright and vibrant, so watching videos or simply browsing the web has been an incredible experience here. 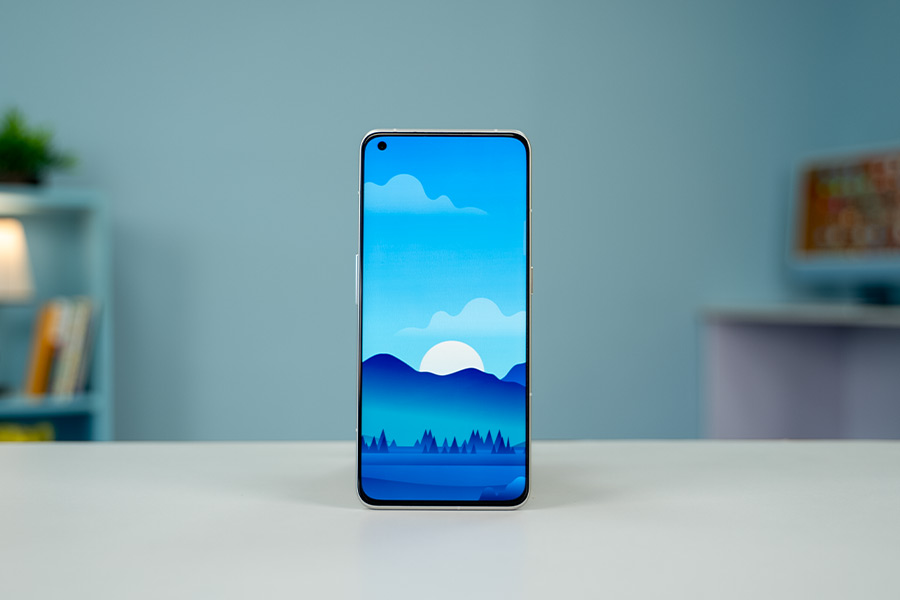 For durability, Realme has also included Gorilla Glass Victus protection on top. But as Zack from Jerry Rig Everything always says,

“Glass is glass. And glass breaks.”

So making sure your smartphone’s display remains intact is never a bad idea. Anyway, something icky about this display is that it doesn’t support HDR video playback on OTT platforms, although the display itself is HDR10+ certified.

For me personally, this hasn’t made that big of a difference, because let’s face it, there aren’t a lot of Dolby Vision or HDR contents, to begin with.

So that means my content consumption experience hasn’t been affected that much here. But despite the multiple security updates the phone’s received so far, Realme is yet to solve this issue. 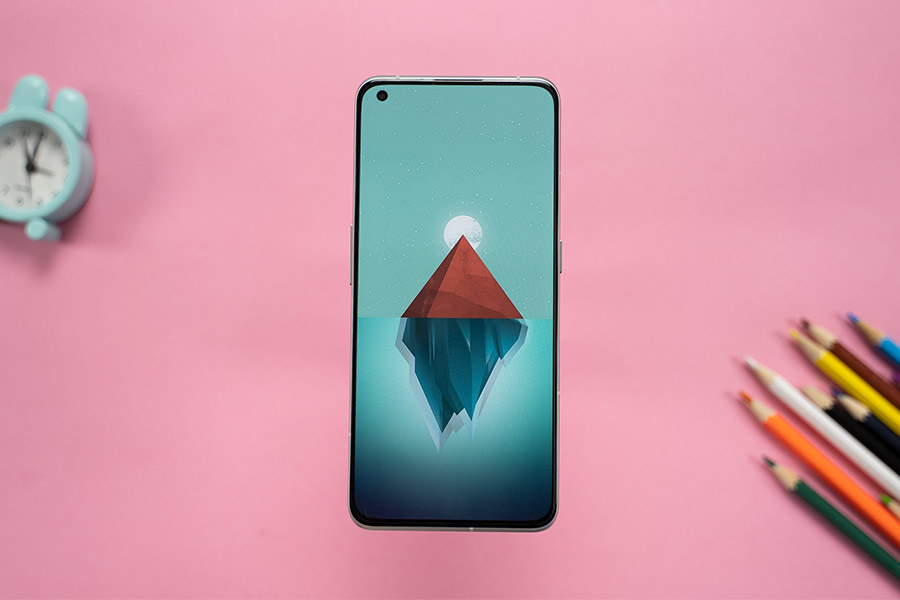 And I don’t know if it’s because of the latest update, what I’ve also noticed is that the contrast in normal SDR videos is slightly boosted here. So, I hope Realme looks into it and brings an update ASAP. Besides that, GT 2 Pro’s in-display fingerprint sensor works quite well.

And thanks to the excellent vibration motor, the typing experience on this phone is quite crisp and satisfactory as well. Its audio quality is pretty good too, although there is some noticeable distortion at the highest volume. Actually, I was expecting the Xiaomi 12 Pro to do better in this aspect with its Harman Kardon tuned quad-speakers, but it turned out to be the opposite. I found the vocals and the overall audio to be crisper on the GT 2 Pro.

Ok, apart from the terrific design and display, another thing I’ve been incredibly satisfied with is its battery life too. Its 5000 mAh battery had no trouble lasting me an entire day under my typical usage pattern, which means lots of multimedia consumption, clicking photos and videos, and constantly on a phone call or WhatsApp.

So yeah, the battery life here is certainly better than the Xiaomi 12 Pro that wouldn’t even last me until bedtime. But Xiaomi does compensate with its 120W fast charging support that takes the phone from 0-100% in under 25 minutes while Realme’s 65W charger fills up the GT 2 Pro in 35 minutes give or take. 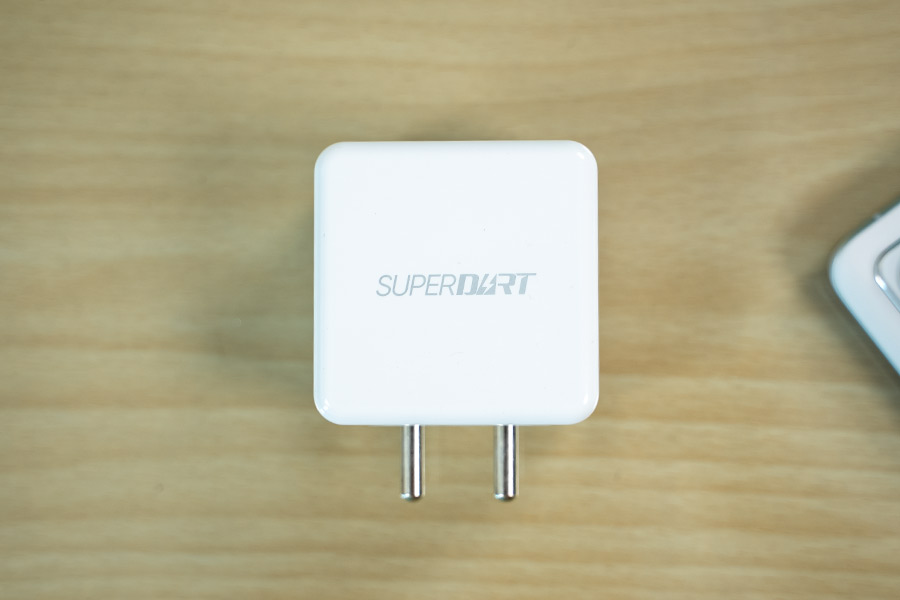 Then again, that 10-minute difference really doesn’t account for much for me. But if you are someone who is always on the run and charging speed matters to you a lot, Xiaomi does has a slight edge here.

Let’s talk about the performance now. And just like the Xiaomi 12 Pro and other high-end Android devices, the GT 2 Pro is also fueled by Qualcomm’s second most powerful chipset of 2022, the Snapdragon 8 Gen 1.

And we know that this is an excellent processor which can handle almost everything you throw at it. But we are well aware of its heating issues too. And yes, when you push the Realme GT 2 Pro hard enough, the phone does heat up.

Here, playing graphics-intensive games like Genshin Impact for about 25- 30 minutes in the highest possible settings, it almost reaches 45°C. And it’s not just about the heat because during the first 10 minutes when the phone stays relatively cool, I was getting around 48-50 fps which dropped to 38 fps after 20 minutes.

So, what Realme is doing here is throttling the performance for better stability and less heat dissipation. And hence, I was able to get stable 38 fps even beyond 30 minutes into the game. Apart from gaming, if you are recording 4K videos for a while, you will also notice the phone’s temperatures rising then. However, games like PUBG and Call of Duty Mobile run very smoothly in their respective highest settings, achieving 40 and 60 fps throughout the gameplay, all the while maintaining below 42°C temperature, so that’s good.

Xiaomi 12 Pro’s results are more or less similar in the same setting, but I noticed that its back panel starts feeling warm rather quickly, and its sustained performance is slightly lower than Realme’s in real-life testing as well as CPU throttling tests.

So, I got to admire Realme for optimizing the GT 2 Pro’s performance and also using one of the largest vapor chamber cooling in the industry, which has contributed to such favorable sustained results.

How’s the software then?

Moving on, Realme’s software experience has also been getting better over the years which I’m quite happy about. The GT 2 Pro runs on Android 12 with Realme UI 3.0 on top and I appreciate how clean this UI is and how well Realme has optimized it! I’m yet to face any micro stutters while navigating through the phone, and it’s also capable of switching between refresh rates quite spontaneously depending upon the content on screen. However, there are two things that I am not that happy about its software.

Number 1: The bloatware situation here is somewhat out of hand.

I mean, being the most premium phone in Realme’s portfolio, it still comes with more than 15 bloatware apps. Although most of them can be uninstalled, what’s annoying here is that these apps reappear after every update!

And number 2: I have also encountered a few ads here and there.

Like when using the default system apps like File Manager, which again, should not be the case with such a premium device.

But still, these are some things that you can live by—and not a deal-breaker in any way, which brings me to its cameras. And this is the one area where I found GT 2 Pro to be unable to provide a premium experience yet.

I am definitely not saying its cameras are bad or anything. Still, if you take Realme’s cheaper phones like the Realme 9 Pro+ for example, I think it offers one of the best cameras in the mid-range segment. But as the price of Realme phones rises, the overall camera performance does not increase linearly, as you would expect it to be.

And hence, the GT 2 Pro is not in the same league as similarly-priced phones from Samsung, Apple, and even Xiaomi for that matter.

Here, just look at this portrait shot that I took with this phone. It has this extra vibrancy that leaves the subject with an unnaturally rich color tone.

In this aspect, I think the Xiaomi 12 Pro has done a better optimization as it delivers better subject focus and skin tone.

You will find similar properties in the selfies too.

In terms of the regular images from the main sensor, Realme’s standalone results have a good dynamic range and details, but they retain that extra lively colors as well, which can look a bit overboard sometimes.

In comparison, the 12 Pro brings noticeably more subtle output which I prefer most of the time. During night time too, Xiaomi maintains better exposure and sharpness.

Okay, it is time to conclude this review of the Realme GT 2 Pro. So, what do I make of this flagship? Well, I think it’s a pretty good—if not a great—semi-flagship phone which certainly justifies the price. But moving forward, I really want Realme to bring more innovation to the camera department.

Maybe some kind of collaboration will help achieve that, like Xiaomi’s doing with Leica or OnePlus with Hasselblad.

Or maybe more R&D in terms of computational photography, I’m not sure. But as things stand, Apple, Samsung, and Google are comfortably sitting in the top 3 spots, while other brands are playing catchup. So, I hope that instead of bringing out new flagship devices really fast like every 8 or 10 months or so, Realme would wait a bit more and improve in areas where it’s lacking—and does not make the same mistakes as other Chinese brands did in the last 5 years.