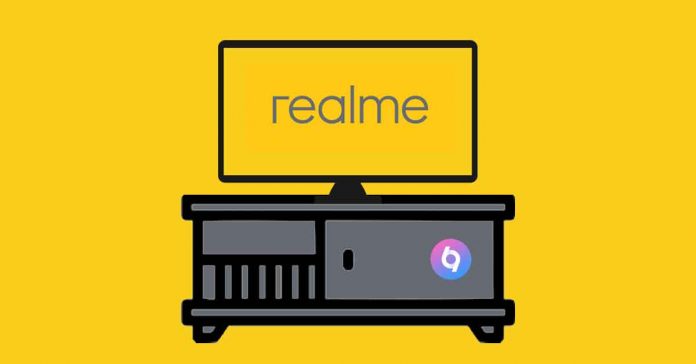 Today, smartphone companies aren’t just smartphone companies. Besides smartphones, they offer arrays of products including anything from accessories to IoT devices and whatnot. One such brand which has excelled in doing so is the Chinese giant Xiaomi. However, competition is getting intense on this side of the business too. Brands are now expanding their portfolios beyond smartphones and accessories. One such brand is Realme which is trying really hard to beat Xiaomi in its own game. After battling out in the smartphone and accessories segment, Realme is now planning to overshadow Xiaomi with its own line of TVs. And what excites us the most is the fact that we might see Realme debut its TV within this year.

The company may say otherwise but we firmly believe that Realme was introduced to counter the growth of Xiaomi in South Asian Market especially in India. And we must admit- it is doing well. Realme has settled well in the Indian market and now looks to grow. As per the company’s CEO Madhav Sheth, Realme is now eyeing for the title of “Largest Tech-lifestyle” brand in India. With the slogan of “Realme for Every Indian” Realme will also focus on software and IoT devices this year. We expect the company to launch its first fitness band in the first quarter of this year which will be followed by an announcement of their own lineup of smart TVs.

Realme CMO Francis Wang first teased the Realme TV when asked about it by a fan in one of which tweets. Realme’s official page on Twitter has also teased a product to launch on the 24th of February. We don’t have concrete information but by the looks of it, we believe Realme will be announcing its own TV in the event. What else can you make of Real Sound, Real Design, Real Clarity? As of now, we don’t know anything about the specifications and features of the device. However, the TV will be compatible with Realme Link. In case you are hearing it for the first time, it is an app designed by Realme to act as a universal remote for upcoming Realme IoT devices.

Though we don’t have a date, we know for sure we will be seeing a TV from Relame within this year. In an online Interview, Madhav Seth has confirmed the TV will launch in India in Q2. If nothing goes wrong, it will land in April. While it’s obvious that it will compete against Xiaomi’s TV, there are other brands to look out for such as OnePlus and Nokia. That’s not all, Honor is also gearing up for the launch of its Vision TV.

If it wasn’t for the outbreak of COVID-19 and its fear, right now we would have been talking about the products in the MWC 2020 event. However, since the event has already been canceled, brands have to deal with it with their own. Realme X50 Pro 5G, which was originally scheduled for launch in the WMC, will now be announced in an online event. Moreover, we expect to hear more about upcoming IoT devices such as the Realme fitness band in the same event.