Aiming at the budget smartphone market, Redmi has launched a new device under the number series, called the Redmi 10. The phone is being positioned as a cheaper alternative to the Note 11, which some matching key features like the chipset and 50MP camera. So, let’s get into the specs, features, availability, official price of the Redmi 10 in Nepal.

Before we begin, it is important to know that this is not the first “Redmi 10”. Last year, Redmi launched the phone of the same name with Helio G88 at the helm. The phone was launched as Redmi 10 (2022) in Nepal earlier this year. And now, we have this new “Redmi 10”, which also goes by the Redmi 10C moniker in some region.

The most striking feature of the new Redmi 10, design-wise, is the massive camera island at the back. In addition to housing the rear camera setup, it even has space for a fingerprint scanner and a Redmi branding. Redmi is still calling it the Evol design, although it looks nothing like last year’s Redmi 10 series.

The phone has a textured rear panel, which the company claims is smudge-free. It is available in three colors: Midnight Black, Pacific Blue and Caribbean Green. The phone is 9.13mm thick and weighs around 203 grams.

On the front, Redmi 10C has a 6.7-inch LCD panel with an HD+ resolution. It is a standard 60Hz screen with 400 nits of brightness and Gorilla Glass 3 protection. 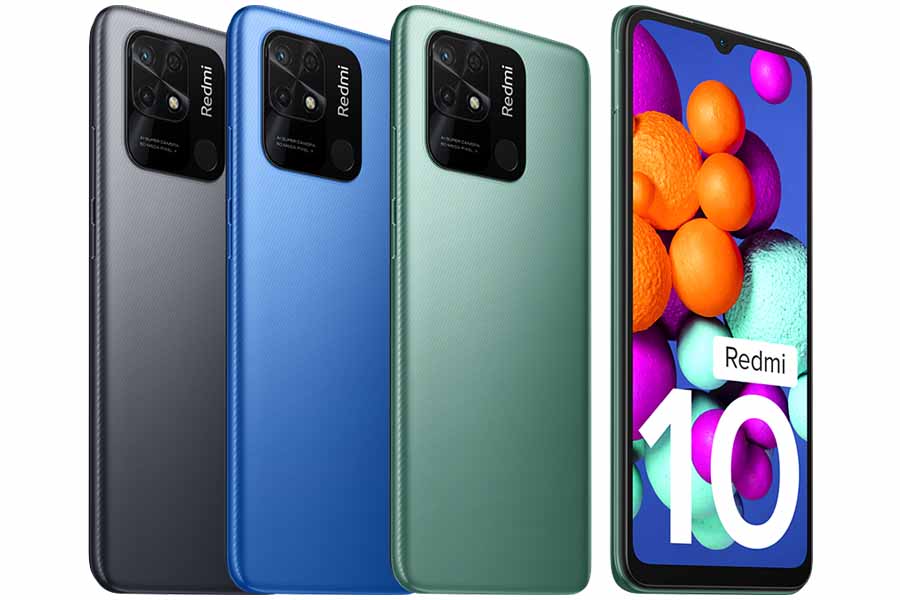 Powering the device is the Snapdragon 680 chipset which has gotten popular in the budget segment. It is the same chip used in the Redmi Note 11, Realme 9i, and Galaxy A23 4G. The main highlight of this chipset is its power-efficiency. Redmi has coupled the chip with up to 6GB of RAM and 128GB of internal storage. As for software, it comes pre-installed with Android 11-based MIUI 13.

Furthermore, the phone is backed by a 6,000mAh battery which supports 18W fast charging. However, Redmi only includes a 10W adapter inside the box.

In terms of optics, the Redmi 10 just has a total of three sensors. The dual-camera setup on the back consists of a 50MP primary shooter and a 2MP depth camera. Upfront, there is a 5MP shooter for selfies and video calls. You can shoot 1080p videos at 30fps from both rear and front camera on the Redmi 10.

Moving on, Redmi 10 brings a single down-firing speaker and a 3.5mm headphone jack. It has a dedicated microSD card slot that users can use to expand the storage up to 512GB. Moreover, the phone has support for dual-band Wi-Fi and Bluetooth 5.0.

Redmi 10 Price in Nepal and Availability