Sony announced the Xperia PRO smartphone to go with its Alpha lineup of cameras back in 2020. And now, the company has announced its sequel in the form of Xperia PRO-I. Here, we will be discussing the key specs, features, expected price, and availability of the Sony Xperia PRO-I in Nepal.

The main talking point of the Sony Xperia PRO-I is most definitely its cameras. It flaunts a triple camera setup at the back, including a 12MP telephoto and a 12MP ultrawide sensor. But the main highlight is the 1.0-inch Exmor RS image sensor with phase-detection autofocus.

This makes Sony Xperia PRO-I the first phone to launch outside of Japan to feature a 1.0-inch camera sensor. Sony has taken the sensor from its RX100 VII compact camera and optimized it for a smartphone. And yeah, the “I” stands for “Imaging” in this case.

Xperia PRO-I takes 12MP photos by default with individual pixels of 2.4µm. Above the sensor is a Zeiss-coated 24mm lens with a variable aperture between f/2.0 to f/4.0.

The phone also comes with the latest BIONZ X image processor for smartphones. The main camera has a total of 315 phase-detection AF (Autofocus) points that cover 90% of the frame. There is also support for real-time Eye AF, both for humans and animals. 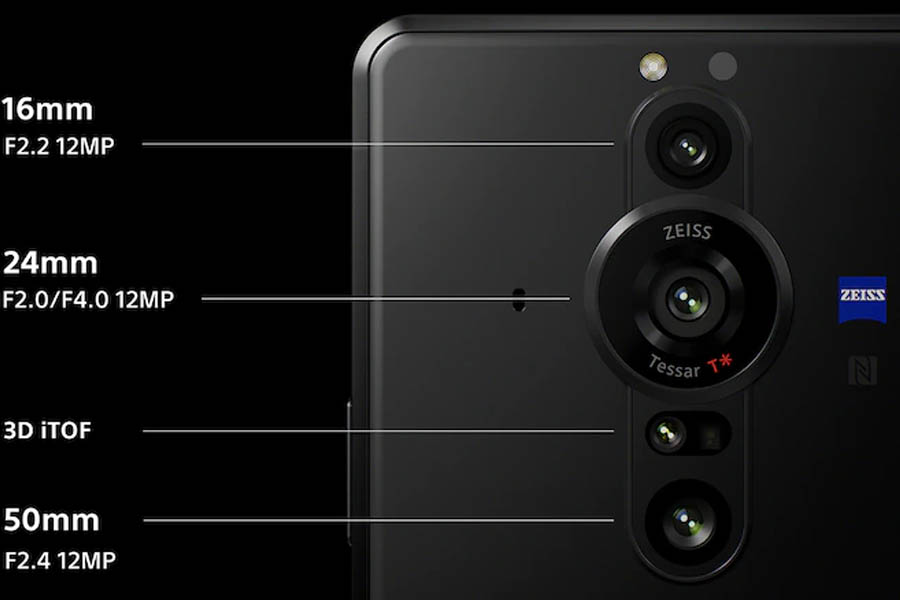 The phone can track moving subjects with the help of AI and the 3D iToF sensor. Other notable features include 20fps burst shooting, 4K 120fps video recording, and 12-bit RAW format. Sony has also launched the Vlog Monitor to go with Xperia PRO-I. It attaches magnetically to the back of the phone and connects via the USB-C port.

Sony has also included two physical camera buttons here. One is a two-stage shutter key, while the other is a shortcut button mapped to launch the Video Pro app.

Moving on, Xperia PRO-I’s rest of the specs is quite similar to Xperia 1 III that was announced earlier this year. It features a 6.5-inch 4K HDR OLED panel with a 120Hz refresh rate, 240Hz touch sampling rate, and a 21:9 wide aspect ratio. Under the hood, the phone packs Qualcomm’s Snapdragon 888 chipset. It is paired with 12GB of RAM and 512GB of internal storage. Fueling the phone is a 4,500mAh battery and Sony includes a 30W charger in the box.

Sony Xperia PRO-I will go on sale in the US starting from December where its price is USD 1,799.99. The company doesn’t launch its smartphones in Nepal for now. However, we expect the price of the Sony Xperia PRO-I in Nepal to be NPR 250,000 if it arrives here through unofficial channels.