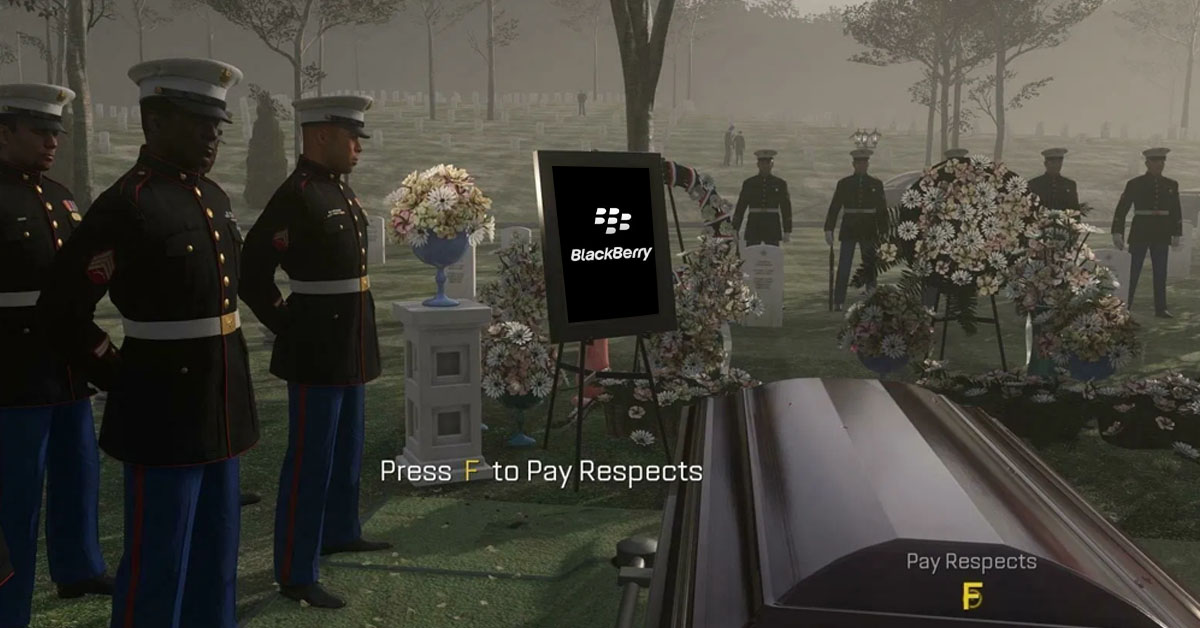 Long before the advent of modern-day touchscreen smartphones, BlackBerrry ruled the smartphone market. If you have memories of using phones in the early 2000s, you would know what I’m talking about. Thanks to the keypads of that time, messaging wasn’t fun and the push notification which we can’t live without these days was something unheard of. That is why BlackBerry phones with nostalgic physical QWERTY keypad became everyone’s favorite. But that’s coming to an end now – a recent tweet implies that we will no longer see any phone under the iconic BlackBerry brand, as its mobile adventure has finally come to an end.

BlackBerry started losing its ground on the smartphone business since the arrival touchscreen devices. It all started at the beginning of Apple’s iPhones. BlackBerry has no real answer to Apple’s iOS. It is why the company’s first all-touch smartphone – the BlackBerry Storm couldn’t regain the company’s status in the market. Android only made the situation worse for the brand. The company tried to bounce back with BlackBerry 10 OS in 2013 but in vain. It even switched to Android in 2015 with the BlackBerry Priv but it was already too late. Check out the best mobile gimbals to buy in Nepal

Following the disappointments in the smartphone market, BlackBerry, in 2016, decided to end all the hardware development and to outsource that function to partners. Those partners were TCL Communication, BB Meriah Putih and Optiemus Infracom. While the other two had licenses for South Asia and Indonesia, TCL had a license for the rest of the world. Since then, BlackBerry has been focusing on the software business while its partners have been bringing out phones under the brand.

After acquiring the near-global license right form BlackBerry, TCL launched quite a few smartphones under the brand such as the BlackBerry Motion. Other notable ones are those under the BlackBerry Key series of smartphones such as KeyOne, Key 2, and Keys2 LE. Even TCL rebranded the Alcatel Idol 4 to launch it as BlackBerry DTEK50. 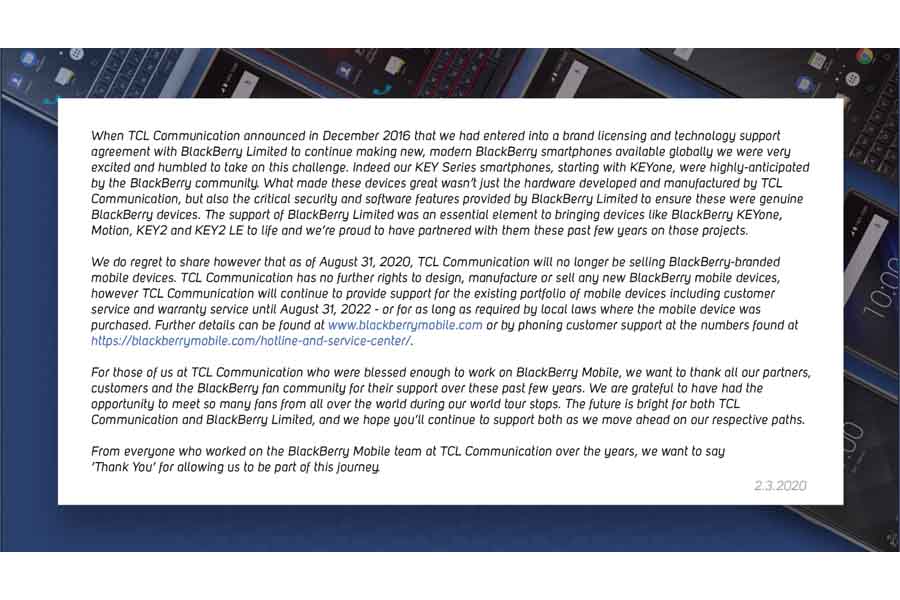 The latest tweet by BlackBerry Mobile twitter handle has revealed that BlackBerry won’t be renewing its license agreement with TCL Communication. The agreement is set to expire on August 31, 2020. TCL will have no right to design, manufacture, or sell any new BlackBerry mobile devices. However, TCL will continue to provide support for the existing portfolio of mobile devices including customer service and warranty service until August 31, 2022. Since TCL has the near-global rights, the end of the BlackBerry-TCL license agreement might rest the BlackBerry-branded devices forever.

The announcement makes us believe that it’s actually TCL Communication which is not willing to renew the agreement. Afterall, TCL will start selling high-end smartphones under its own name from this year. TCL already has a smartphone under its belt in the form of TCL Plex. Now, it looks to expand its smartphone portfolio with the upcoming TCL 10 series lineup of smartphones which include TCL Pro, TCL 10 5G, and TCL 10L. We will know more about these devices in the upcoming World Mobile Congress. As of now, these phones will be launched no later than Q2 2020 after they are officially unveiled in the MWC 2020.