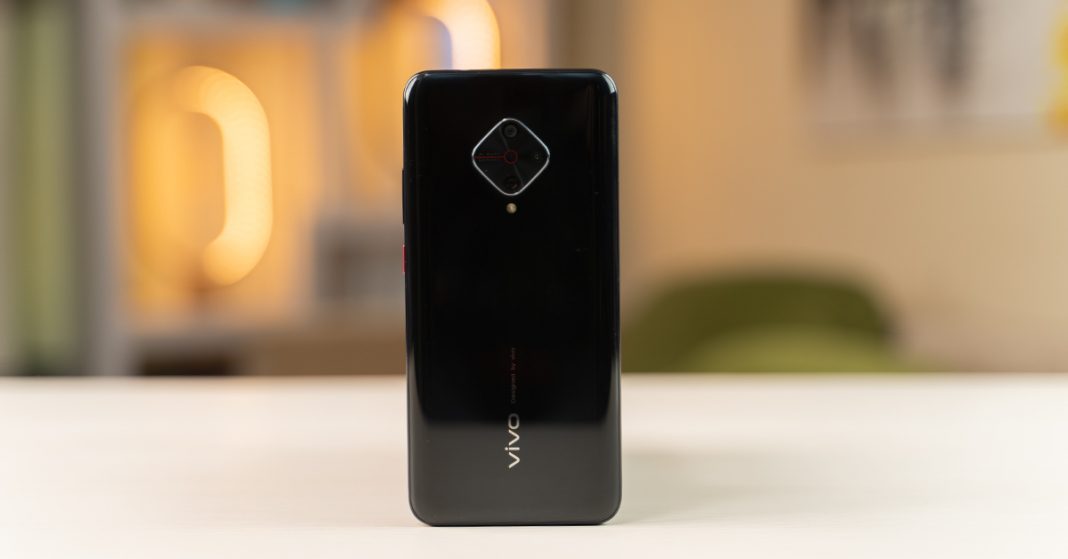 After the failure to capture the upper midrange market share with Vivo V17 Pro due to the fierce competition from Realme X2 Pro and Redmi K20 Pro, the company is now targeting the mid-range segment with the new Vivo S1 Pro. It features a refreshingly new design, which I’m sure many people would admire. I have been using this phone for almost a month now and here’s what I have to say about it.

Let’s start with the phone’s design. Vivo has finally given in to a glass back design with the S1 Pro and it looks fantastic. The phone is available in three color variants – Fancy Sky, Jazzy Blue, Mystic Black, and the latter’s what I have with me.

The camera arrangement on the back has been tweaked to something unique, as the Vivo S1 Pro’s rear cameras are placed inside a diamond-shaped module. All this talk about the design upgrade may very well qualify it as a worthy successor to the last-gen Vivo S1. Having said that, the S1 Pro looks eerily similar to the Vivo V17, which didn’t launch here in Nepal. Moreover, the power button gets a nifty little red accent, which further adds to the beautiful aesthetics of the phone. Vivo S1 Pro isn’t all that heavy either and therefore is easy on the hands too.

Despite all these, I do have some complaints regarding Vivo S1 Pro’s design. The glass back on the phone still fell victim to some scratches during my time with it.

The weird thing is that this wasn’t the case in Redmi Note 8 Pro, which came with a glass back as well. So, maybe Vivo didn’t go with the latest version of Corning’s Gorilla Glass. Overall, the design of the S1 Pro is admirably good.

Coming to the front of the phone, you get a 6.4-inch Full-HD+ Super AMOLED display with a tiny ‘U’-shaped notch and a tall 19.5:9 aspect ratio. And well, the notch feels kind-of outdated for 2020 since more and more OEMs are pushing towards a punch-hole or a pop-up mechanism.

I wish Vivo hadn’t tried to cheap out and rather gone with a punch hole for better aesthetics. Nevertheless, the Super AMOLED display looks good with excellent colors, contrast, and ample brightness too. Therefore, Vivo S1 Pro’s display is far better than most IPS panels out there but still falls short against, say, Samsung’s Galaxy A50s. 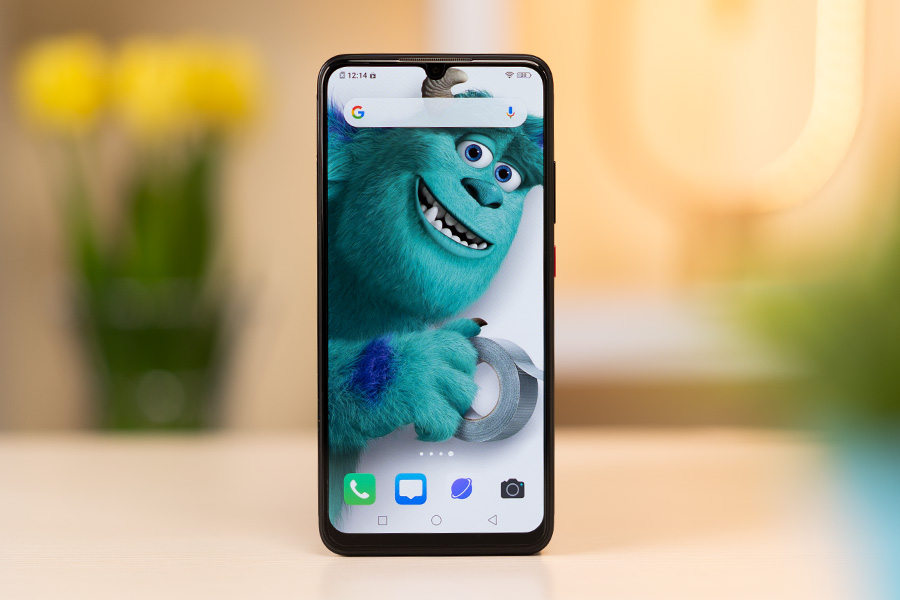 Adding to the niceties of the display is the fact the phone comes with a screen protector pre-installed, but weirdly enough there’s no Gorilla Glass protection here.

Aside from this, the Vivo S1 Pro houses an optical in-display fingerprint sensor, and it’s really fast and accurate like the regular S1. Since the fingerprint scanner itself is so fast here (way faster than the ones on Samsung devices), I didn’t even bother using the face unlock.

Now let’s shift our gear towards its performance, which is the same as Vivo’s every other smartphone; by that, I mean how terrible the company is when it comes to chipset selection.

Here, the Vivo S1 Pro is powered by Snapdragon 665, which frankly doesn’t justify its price at all. We’ve complained dearly about this in almost every Vivo phone we’ve reviewed including the V17 Pro.

You’d think they would have learned their lesson by now, but unfortunately no.

On to the phone’s memory, the Vivo S1 Pro comes with a single configuration with 8GB of RAM and 128GB of internal storage. Thanks to the big playing ground, multitasking is incredibly well handled by the phone.

However, the Snapdragon 665 in a way bottlenecks the overall performance but I believe that wouldn’t have been the case if Vivo had gone a different route on the phone by coupling, say, the Snapdragon 730 or 730G with 6GB of RAM.

The 8GB RAM alone feels like a marketing gimmick from the company to shadow the phone’s weak SoC. An average user will either not care or will have trouble understanding the essence of a proper SoC and it’s clear that companies like Vivo are absolutely milking it to the bone. 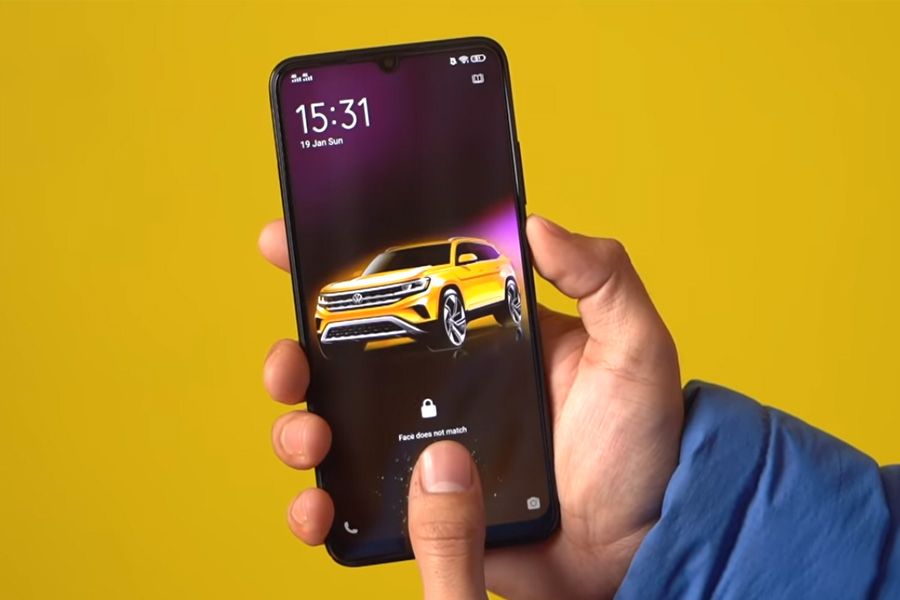 The gaming performance on the Vivo S1 pro is nothing extraordinary too but that is to be expected I guess. You can play low to mid-tier games without any hiccups but games like PUBG run best only in medium settings in either smooth or balanced frame rates. So, this might not be the best option for the hard-core gamers out there.

What’s slightly improved though, is Vivo’s UI. The new FunTouch OS feels a lot optimized and apps run smoothly. I have installed over 50 apps and all of them run just fine and fast. And like I said before, multitasking is equally impressive.

Despite FunTouch OS feeling significantly optimized, it still was frustratingly difficult getting used to for me.

The command center that’s triggered via a swipe from the bottom of the screen was enough to set me off, but I understand that’s subjective and there are many users who fancy that. The whole thing is sufficient to disorient your Android experience.

Besides this, the settings menu is another giant mess. Even after having used the S1 Pro for almost a month, I still get confused about which option is where. Vivo’s own AI assistant “Jovi” is no good either. On top of all this, there are oh-so-many bloatware – Vivo.com, Feedback, iMusic, iManager, etc. And yeah, I found no use of any of them at all. What’s even frustrating is that you can’t uninstall, disable, or hide them and I had to make a separate folder to stash them away.

I recently received the December security patch but Vivo has a history of being slow when it comes to rolling out such security, firmware or other types of updates.

The S1 Pro still runs on FunTouch OS 9.2 which is based on Android Pie and there’s no word on when the Android 10 update is coming. But I don’t think it even matters on such a heavily customized skin. 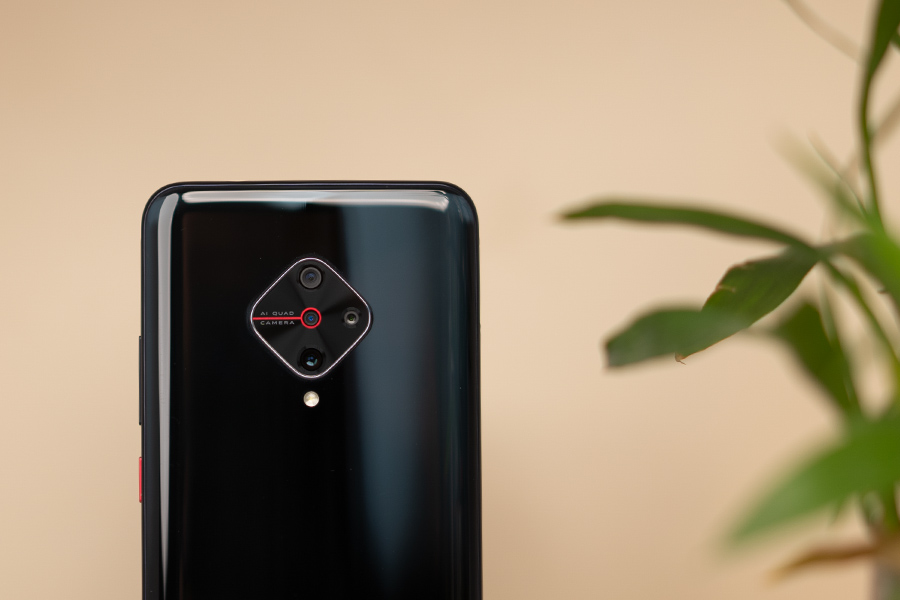 There are four cameras on the back in the aforementioned diamond-shaped arrangement – a 48MP primary sensor, an 8MP wide-angle lens, a 2MP macro sensor, and a 2MP depth sensor.

And honestly, I had a lot of expectations from S1 Pro’s cameras but it in a way didn’t meet them.

Images from the primary lens look quite good at a quick glance with good colors and saturation, though they’re terrible in terms of dynamic range.

Just check out this comparison with the much cheaper Redmi Note 8 Pro. It has such a good dynamic range and details, though I favor S1 Pro in terms of colors. Also, sometimes, the phone’s cameras just messed up the colors and lights.

Look at our beloved office dog Dodo’s fur color. It’s way too inaccurate, whereas the Redmi Note 8 Pro produces true color. And like I mentioned earlier, Vivo S1 Pro falls behind in terms of details as well against the Note 8 Pro.

The wide-angle lens shares the same story. It is void of details and the dynamic range is equally terrible. This is one of the worst wide-angle lenses I’ve seen put on a mid-range phone.

Now the remaining 2MP macro and depth sensors are up to no good too, the more incompetent being the macro lens. It lacks any sort of details and the images are washed out and blurry.

Talking about the depth sensor, it didn’t wow me either. But I’m not saying it’s downright miserable. With good lighting, portraits have good subject focus, with faces looking warm alongside an acceptable level of background blur. Nevertheless, it misses out on hairs and edge detection is mostly done via software.

Well, the low-light images aren’t that good as well. Surprisingly, Vivo didn’t think of including a night mode on the S1 Pro, which was absent on the regular S1 as well. Videography is compromised as well since there’s no 4K, while 1080p videos are capped out at 30fps.

In a wild turn of events, the front camera is really excellent. 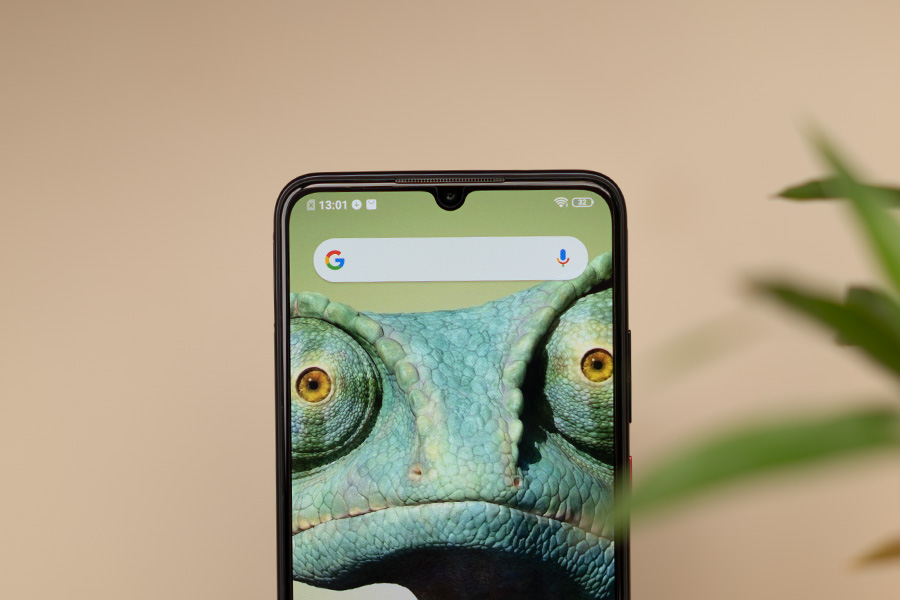 You get a 32MP sensor that takes 8MP pixel-binned photos. The dynamic range here is great and it has borrowed the same imaging algorithm from the V17 Pro. Even on a bright sunny day, the background doesn’t get overexposed.

Once again comparing the S1 Pro to Redmi Note 8 Pro, the selfies on the former are far better. Just look at these images for comparison, Vivo S1 Pro selfies are definitely a better option.

Apart from the lenses themselves, I found quite many glitches on the native camera app itself. What annoyed me the most was that you couldn’t take portrait selfies although there is a portrait selfie mode in the app. What’s that all about?

Power-wise, you get a sizeable 4500 mAh battery on the Vivo S1 Pro, which is of the same size as seen on its predecessor.

However, the regular S1 came with MediaTek’s Helio P65 chipset whereas the S1 Pro has the 11nm Qualcomm Snapdragon 665. So Comparatively, I’m getting a better battery life here.

On a normal day, I had around 15% charge left before going to sleep. I’ll go as far as to say that its endurance is comparable to the Galaxy Note 10+. 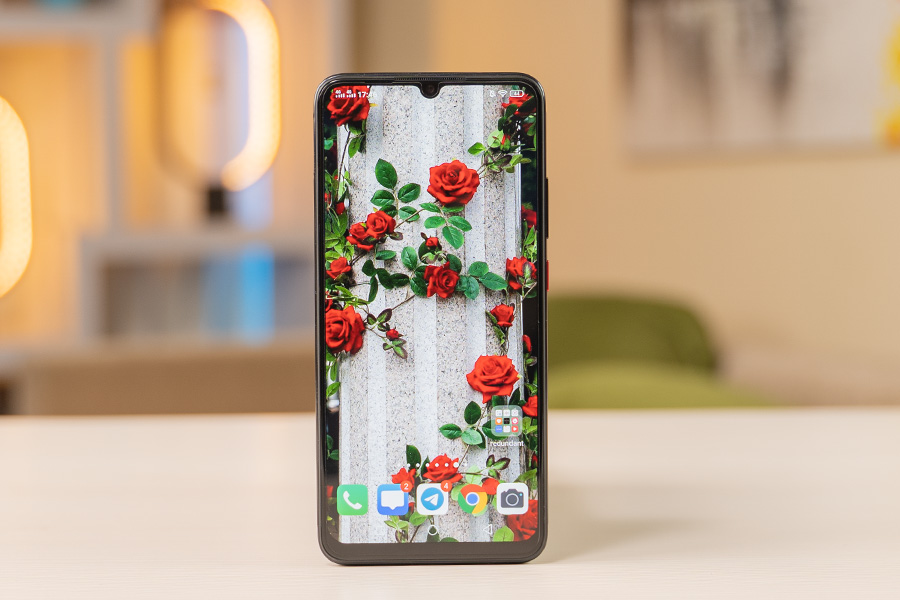 And finally, FINALLY, Vivo has gone with a USB Type-C port and I just hope micro USB won’t be making any sort of comeback in the future.

What’s left? Yeah, the call quality and speakers. I would rate both of them as average, the speaker in particular.

The Vivo S1 Pro has confused me, it’s a weird phone. It’s not bad and it’s not excellent either. Well, Dennis Reynolds said it better “It was pretty good… it was alright… it wasn’t great… but it was fine.” But “fine” doesn’t cut it anymore because of the competition. Vivo is doing really well in India, Nepal, and other Asian markets and the S1 Pro priced at Rs. 36,790, could’ve been one of their signature smartphones. But though I praise it, the phone doesn’t feel worthy of the price.

The company has definitely tried to include some notable features like the Super AMOLED display, fast in-display fingerprint scanner, big battery, good design and more. Despite all this, the performance isn’t quite good and gaming on the S1 Pro isn’t that great.

Vivo could’ve gone with the Snapdragon 730/730G to counter that instead of packing 8GB of RAM. On top of that, I feel like the cameras should’ve been a little more optimized too.