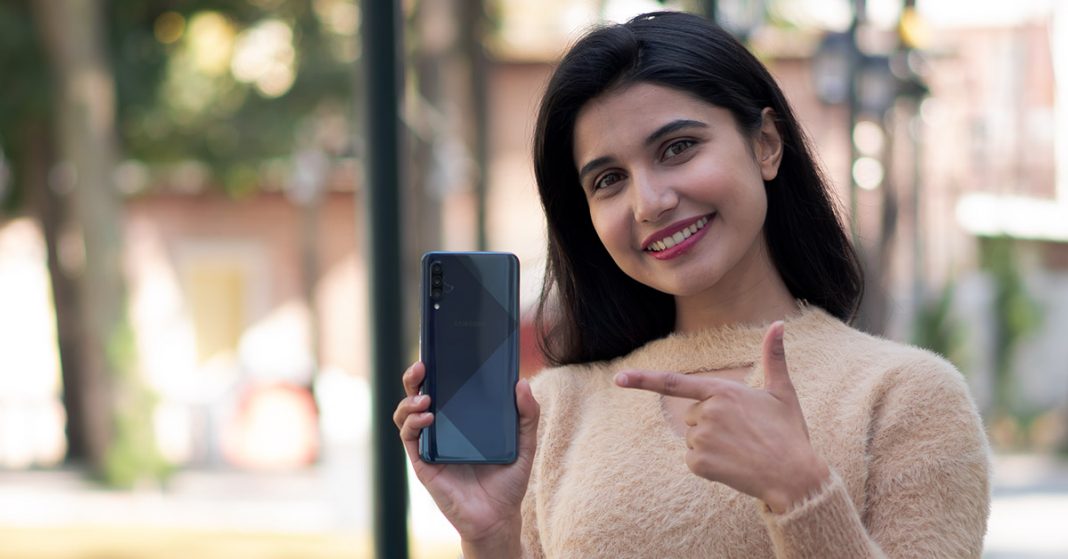 Just roll back like a year ago, Samsung J-series and A-series were not performing well, and hence we saw Samsung dominance fall. In India, Xiaomi dethroned Samsung for the number 1 spot and Realme, a relatively new name back then, emerged in the smartphone battle. The phone that I’ll be talking about today, the Samsung Galaxy A50s, will not help the company’s cause, I’ll tell you that!

But Samsung is not a brand that would sit silently watching its market share dip. So, they launched the M-series intended to challenge the online phones from Xiaomi and Realme. And they also revamped the A-series for the offline markets.

And to be honest, Samsung did well with its first wave of M and A-series in the first and second quarter of 2019. We’ve reviewed almost every Samsung phone since then and honestly, they were quite refreshing.

Now, coming back to the present context, Samsung has released the ‘s’ variants of its new A-series. And looking at the specs of all of these phones, they don’t deserve to be called as “an upgrade”. Also, the competing smartphones from Xiaomi and Realme are getting better with each iteration. This further puts Samsung in a dreadful misery.

However, Samsung has dropped the prices of all of these S-variants in Nepal. Because the original price was just not competitive enough. The Galaxy A50s, that I have with me today, originally retailed for Rs. 42,000 which has since been dropped to Rs. 33,599 and I think this should have been the launch price of this phone, to begin with. Anyways, the question is, should you get the A50s? And how does it fare against the competition? Let’s dig into it.

So, the first thing that remains more or less unchanged from the Galaxy A50 is the design. You get the same plastic back which evidently will get scratches after prolonged usage, so better case it up! One minor change is this one has this gradient back, which is more pleasing to the eyes than the regular A50.

However, one thing I’ve really liked about this phone is how slim it is! It measures 7.7mm in thickness and when comparing it with other popular midrange phones like the Redmi Note 8 Pro or the Realme XT, the difference can easily be realized. 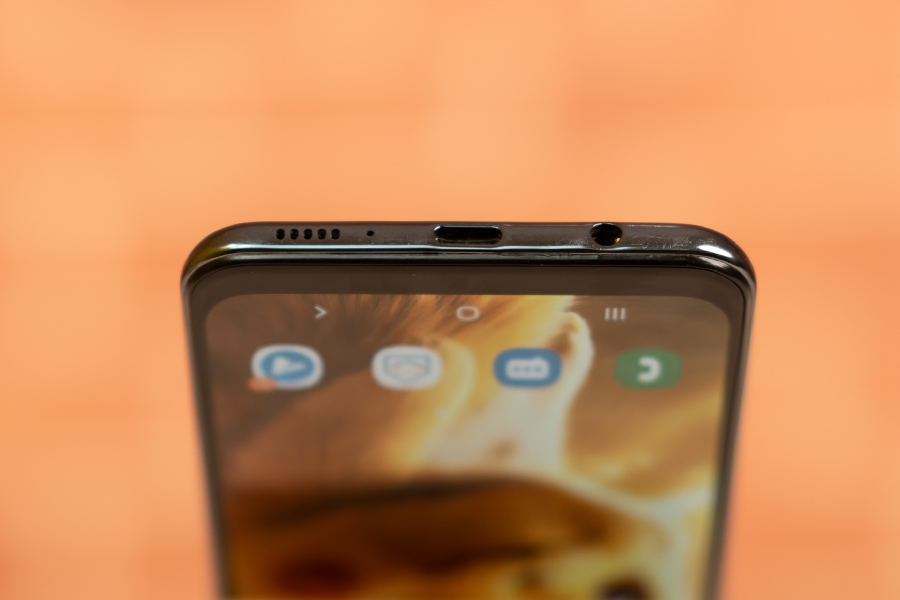 Moreover, the sleekness is achieved without compromising on the phone’s battery as the A50s comes with a 4000 mAh battery as well. Add this to the lightweight build, I can see people liking the overall design of the A50s. What’s equally good here is the display. You get a 6.4-inch Super AMOLED Full-HD panel whose quality, as expected from a Samsung phone’s, is top-notch. And BTW there’s a tiny U-shaped notch on the top. The display produces excellent contrast, good colors, and is fairly bright. So using it outdoors should not be any problem.

On the subject of liking things about the A50s, its cameras are impressive as well. 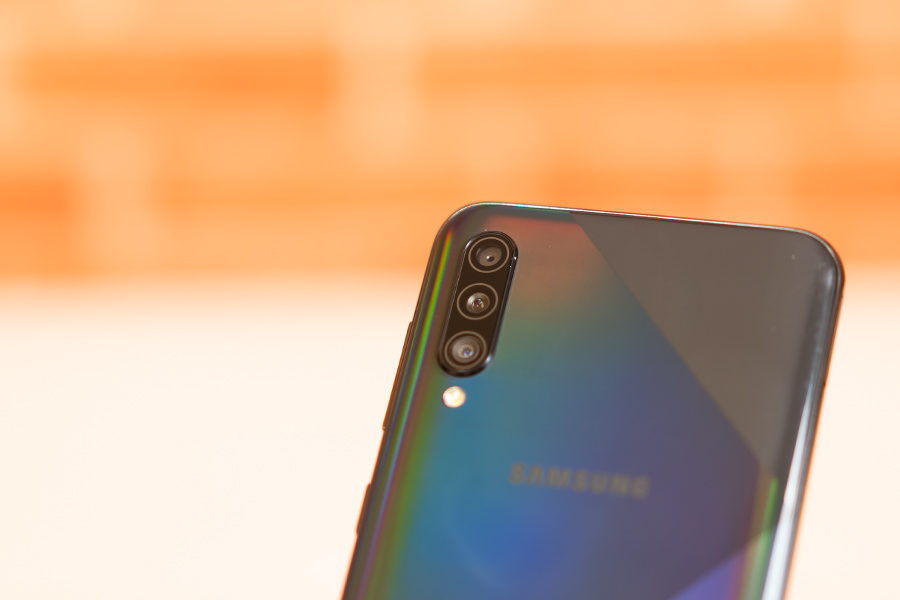 You get an improved 48MP lens and Samsung has done a very good job with software optimization. The picture quality is definitely better than what you get from the Galaxy M30s or the Redmi Note 8 Pro or the Realme XT.

Mind you, all of these phones are cheaper than the A50s. So with this, you get what you pay for.

The second 8MP wide-angle lens is above average! Detail wise it’s okay, but the colors are generally lively and pleasing.

The portrait shots too are commendable with good subject focus, colors, background blur, and edge detection. Another point in the bank to Samsung for its awesome software optimization!

On the front, there’s a 32MP selfie camera residing inside the notch. And like the ones on the back, I’m a fan of these as well. From dynamic range to colors to details, the selfies from the A50s will not disappoint you.

The selfie portraits also work really well, with a good focus on the subject and background blur. However, its edge detection resides in the grey area with lots of room for improvement.

The videos are okay for the price. You don’t get the OIS, but the Gyro EIS does a good job for 1080P videos. And as expected, there is no option for 60fps here, but Samsung has included videography features like Slow-Mo, Super Slo-Mo, and Super Steady Mode here. 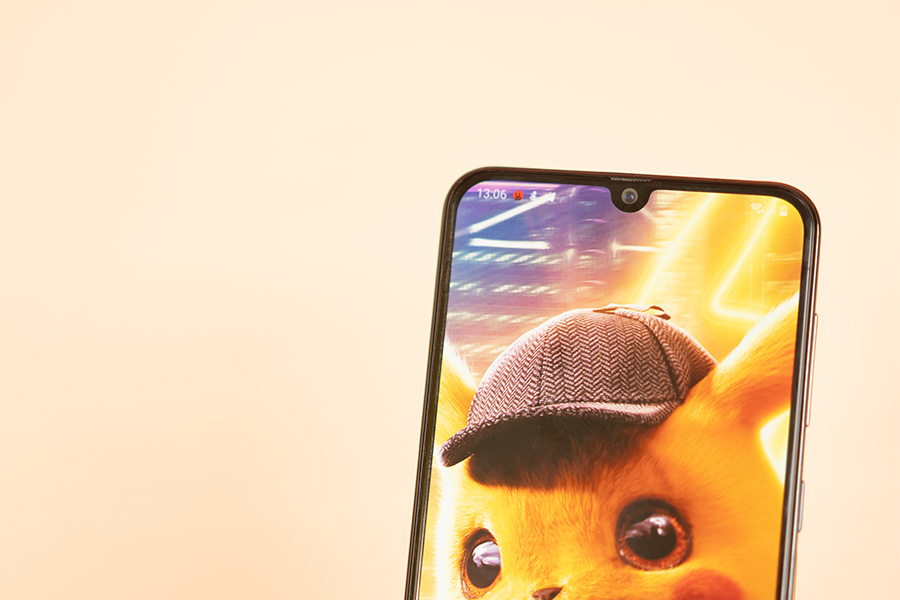 The only aspect I didn’t like about the A50s camera is the night mode. It overexposes the night time images making it unusual.

And Samsung had the exact same issue with the M30s. So, frankly, I am really disappointed that they haven’t yet rolled out an update to fix this issue.

As I’ve already mentioned before, there’s a 4000mAh battery powering this device, which will provide you with good battery life. On the charging front, Samsung is still using a 15W charger, and I think this is another area where the company has compromised as they should have gone with 25W charger like in its bigger sibling Galaxy A70s.

Though I can live up with the 15W charger, what I can’t understand is the decision from Samsung to pack the Exynos 9611 chipset on the A50s. If you don’t know, it’s basically the same as the Exynos 9610 on the A50.

Thus, the performance of 6-month old A50 and the A50s is near-identical, which I think is a big letdown. The Exynos 9611 is based on 10nm, so it’s comparatively energy-efficient although its CPU and GPU performance aren’t comparable to that of the Snapdragon 730G or the Helio G90T. And I have also told this in my M30s review, about One UI not being very optimized for midrange chipset, and the same is the case with the A50s. So, you will obviously not feel the UI as smooth as say the Note 10 or the S10. Hopefully, that will get solved when Samsung releases the One UI 2.0.

Anyways, if you are coming from a budget phone, A50s will serve you well. The multitasking is great, browsing and chatting are swift and you will not have any problem playing high-end games like PUBG in high graphics and High Frame rates.

So, yah, the performance isn’t bad. However, it’s just that competition is providing better SoC at this price and Samsung seems to ignore the fact that many consumers here in South Asia look for better performance in the midrange segment.

Another thing that Samsung is hopelessly pathetic at is its slow optical fingerprint sensor. Even if I forgave its delay, I cannot stand the fact that it just doesn’t read my fingerprint sometimes.  The A50 had the same issue, and I was expecting the new version to have faster ones. After all, an optical fingerprint scanner is not a new tech anymore.

So, overall, I have mixed feelings about the A50s. Actually, this entire video would have been a rant if Samsung hadn’t dropped the price. But since they did, it’s not a bad phone entirely. You get a Super AMOLED display whose quality is hard to find at this price range, the cameras are good and as I said earlier, I can see people liking the design because of its thin and light form factor. 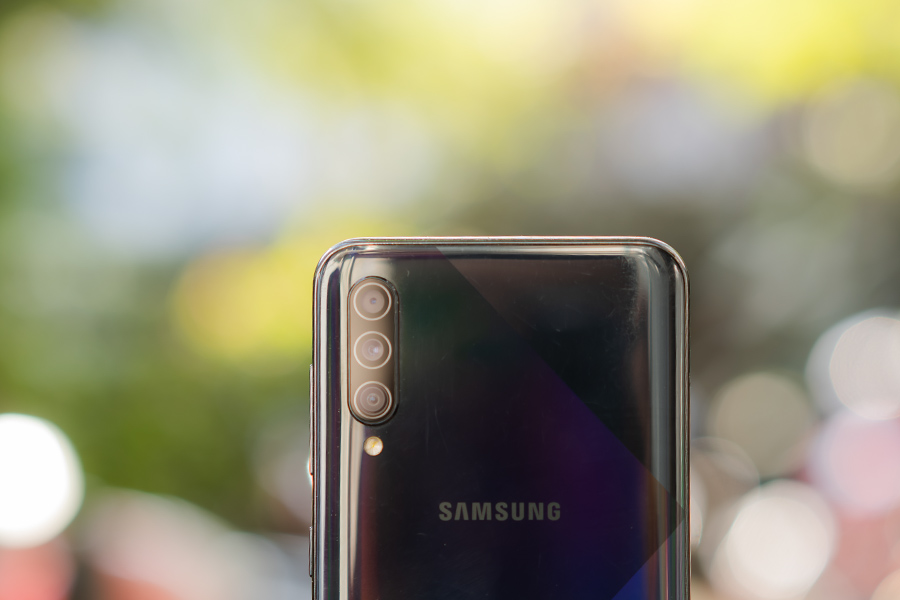 However, the overall performance, especially the UI/UX part, is just about average, and you will get a much faster performance at a lesser price. So, if you are one of those who value performance more, you should be looking somewhere else. Otherwise, with the recent price drop, the Samsung Galaxy A50s does make sense.