Today, I have the Realme GT Master Explorer Edition in for review. It is somewhat of a middle ground between Realme’s GT Master Edition and the more expensive Realme GT that’s available in many markets.

This one, on the other hand, has only launched in China so far, and will probably launch in other markets soon—at least that’s what I am hoping for. Because after using this phone for a week now, I have grown quite a liking towards it. And without a doubt, it’s my favorite Realme phone among all the Realme phones I have used so far.

But the sad news is that Realme won’t be launching this in markets like Nepal and India, where it will bring the Realme GT Neo 2 instead, which has a pretty similar spec-sheet to this phone.

Let me now start with the things that I really like about this phone, which begins with the design itself. I mean, just look at it, it looks soo good! This matte white finish is absolutely gorgeous.

Apart from this, other color options of the phone include Daybreak Blue, which has the same matte finish—while the other two variants, Grey and Apricot, feature Realme’s signature suitcase design, just like the GT Master Edition. And it’s not just the looks, the build quality here is quite solid too, featuring a glass finish and aluminum frames.

With this, the phone obtains a good heft at 185 grams, which is not uncomfortably heavy. So, I’ve had no problems using it for long hours while the gentle curves on both sides further add to the comfortable grip.

I know many of you are not a fan of curved designs, but I for one don’t mind slight curves as long as they don’t result in accidental touches or inconveniences.

Thankfully, I haven’t had such issues with this phone whatsoever. However, Realme has gotten rid of a headphone jack in here for some strange reason, which is present on both Realme GT and GT ME. Such inconsistency is kinda weird to see.

Moving on, just like many other premium mid-range phones, you get a downward-firing speaker here alongside the earpiece that combines to produce a stereo sound effect. 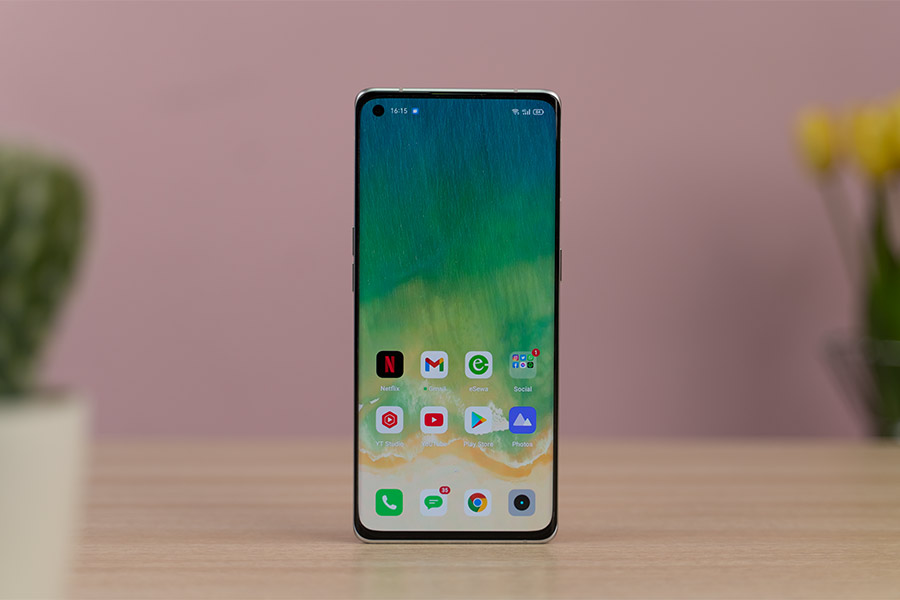 It gets respectably loud and the audio output has pleasing balanced mids and highs. Additionally, I am quite impressed with its haptics too. They’re not as good as other high-end phones, but feel quite satisfying nonetheless.

Now another aspect where the Explorer Edition scores gold is performance. What I really like about the Snapdragon 870 is that it’s only slightly inferior to the Snapdragon 888, which is the best chip Qualcomm has to offer right now. Plus, it also has balanced thermal performance and doesn’t overheat like the 888, which is evident when playing high-end games and doing demanding tasks.

Playing games like PUBG and COD Mobile for 30 to 40 minutes straight doesn’t heat up the phone beyond 40ºC. And the gameplay is incredibly stable in both games as well. You can get a stable 60fps gameplay under HDR graphics and Extreme frame rates in PUBG while COD runs at a similar fps count at its highest settings. It’s only when playing really demanding games like Genshin Impact in the highest setting with 60fps mode turned on, that the phone’s temperature reaches around 43ºC after 20 minutes into the game. But that’s to be expected from such a graphics-intensive title.

In this setting, you can still experience a relatively stable 40fps, even during combat, so things look quite good. Yet, I still have one complaint which is how Realme hasn’t enabled 120fps gameplay in any of the supported games.

I tried playing Bomb Squad, Oddmar, and Critical Ops—all of which cap out at 60fps, which is a major bummer considering the chipset’s potential. But this issue is persistent with the GT Master Edition and the Realme GT as well.

Regardless, its day-to-day usage hasn’t been any problem either, as expected from such a powerful chipset. Everything from heavy multitasking to app opening is a breeze here. Plus, Realme UI 2.0 on this phone is extremely well-optimized.

The smooth performance of this phone is further elevated by its 120Hz refresh rate display. Not just that, the touch response on the Explorer Edition is quite effective—especially when playing games. Even under regular usage, this 6.5 inch AMOLED display looks great, with vibrant, contrasty colors, and sufficient brightness. 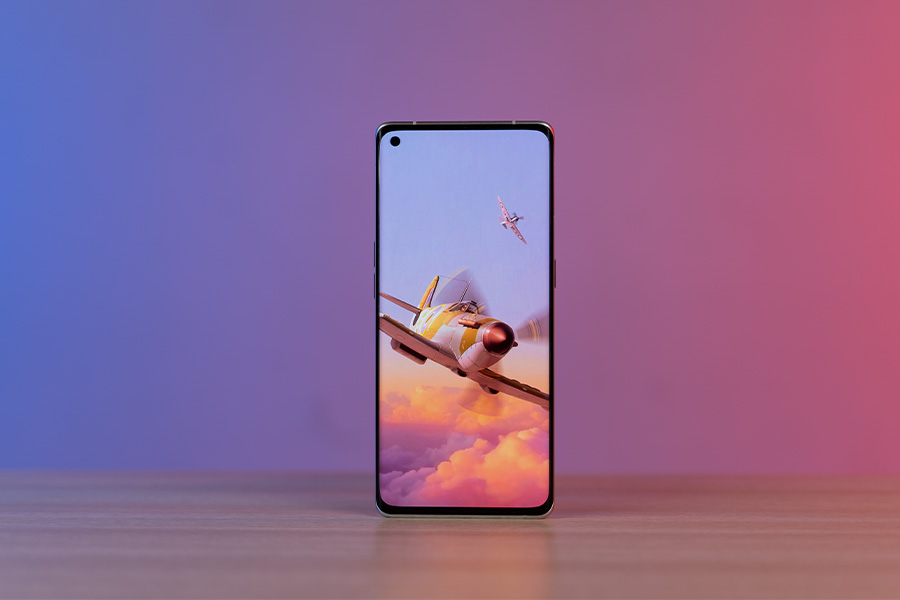 The bezels are pretty minimal too, so watching videos is an immersive experience here. Realme has also been thoughtful enough to provide features like DC dimming for reduced screen flickering. Having said that, one weird thing about this display is that it is only Widevine L3 certified.

Hence, if you stream a ton of content from OTT platforms like Netflix and Amazon Prime, it can only play at a maximum of 580p resolution, and nothing more. I think that is so because this is a Chinese unit. Hopefully, the global variant of the phone will bring Widevine L1 certification.

Okay, let’s now talk about the cameras of the Realme GT Master Explorer Edition. And the phone delivers great results in this aspect too. Here, you get a 50MP Sony IMX766 lens equipped with OIS, 16MP ultrawide, and a 2MP macro sensor at the back. Then there’s a 32MP sensor up front for selfies.

If you look at the normal daytime images from the Explorer Edition, you will instantly notice that extra punch in colors. Detail levels, sharpness, and HDR processing are really impressive though.

Likewise, I compared its cameras against Samsung’s Galaxy A52s—which in my opinion has the best cameras in this price category—and I instantly noticed Realme’s images to be a bit more vibrant in comparison. Sometimes, that works in Realme’s favor, but at other times, the color pop is just too much.

Even the ultra-wide images have the same punchy color processing with pronounced contrast.

But since this phone has a 16MP sensor as opposed to an 8 or 12MP one you get on other Realme phones, the wideangle images have quite good detail levels.

Again, pitting it against the A52s, you will find Realme’s images to be slightly more contrasty and dark—whereas they have a narrower field of view as well.

So, even though Realme’s ultra-wide-angle shots look good, Samsung’s 12MP lens still manages to do a better job.

Similarly, portrait images also have that signature pop in colors.

But here, I won’t complain because most of the images look great. As a result, even though A52s manages to produce relatively toned-down colors, Realme’s portraits are eye-catching.

However, unlike the back cameras, the selfies don’t produce over-saturated colors.

In fact, it brings out a balanced skin tone and good details. I won’t say that it’s essentially better than the A52s but gives a good competition nonetheless.

During the nighttime, Realme manages to suppress noise better than Samsung in the normal mode, along with producing well-exposed and detailed shots.

But again, the colors are a bit punchy like the daytime photos. Turning on night mode further improves the details and exposure alongside making the colors even punchier.

Ultra-wide nighttime shots are better from the A52s as Realme’s outputs look a little muddy. With night mode on, it does manage to bring out finer details but also has a weird green tint, so I will go for Samsung in this one!

As for the videos, the Explorer Edition is easily one of the best phones in its class. Not only can it shoot at 4k/60fps with good enough stabilization, but its footages at 4k/30fps as well as 1080p/60fps are also better stabilized than A52s. Selfie videos cap out at 1080p/30fps, which is a bummer. The videos here are well stable, detailed, and the microphone quality isn’t that bad either.

Finally, the battery life on this phone is also pretty decent. Obviously, it’s not as good as the iPhone 13 Pro Max, which I am currently using. Still, its relatively smaller 4,500 mAh battery easily gave me around 6 to 7 hours of screen-on time under my usual usage pattern which includes a ton of YouTube streaming, a lot of chatting, clicking camera samples, and social media usage. Also, with Realme’s proprietary 65-Watt charger, this phone can go from 0-100% in exactly 35 minutes, which is incredibly convenient than the relatively slow 20W charging that I am getting used to on my iPhone 13 Pro Max.

Wrapping up this review, as you might tell, I have quite enjoyed my time with the Realme GT Master Explorer Edition. With its curved design and the Snapdragon 870 on board, it felt like I was using a flagship phone. Then again, it does have some caveats that you can’t expect at this price range.

For instance, its cameras aren’t as good as last year’s flagships and you don’t get any sort of IP rating either. But with all things considered, among all the phones I have used this year, I can go as far as to say that this is the best premium midrange phone of 2021.

And probably the “flagship killer” phone of the year too. Therefore, I am really looking forward to Realme launching this phone globally, and I hope BBK doesn’t mess this up and prioritize the OnePlus 9RT instead—which simply won’t be fair for Realme.