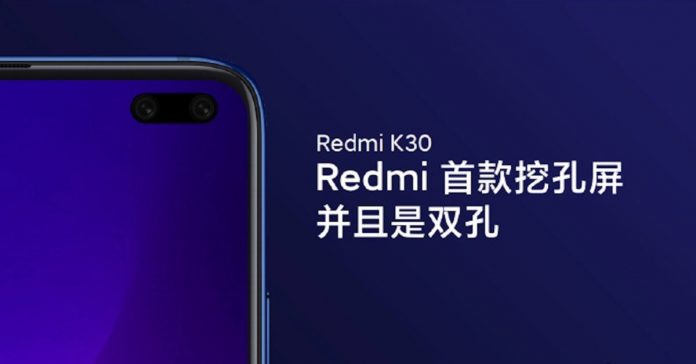 The Redmi K20 Pro was a huge hit for Xiaomi as it embraced flagship-level performance at about half the cost of one. Deemed the “Alpha Flagship” or the “Flagship Killer“, the phone was received well in the Nepalese market too.

But last month, Realme real-ly shook the smartphone industry with the Realme X2 Pro with every possible feature you could ask for in a flagship device, at a compelling price. Thus, it overthrew the Redmi K20 Pro to take the flagship killer crown for itself. Man, Xiaomi must’ve been pissed off!

Well now, the company is all ready to introduce the next phone(s) in its ‘K’ series. Xiaomi has already revealed that the Redmi K30 will have a dual punch-hole cutout for the front camera and dual-mode 5G support. Now, a new report from XDA Developers suggests that the forthcoming phone will also feature a 120 Hz display and a fingerprint scanner on the side.

Scheduled to launch this December, the Redmi K30 (possibly codenamed “Phoenix“) will not feature a pop-up selfie camera like the predecessor. Instead, Xiaomi has opted for a dual punch-hole cutout like the Samsung Galaxy S10+. While the cleaner design was definitely one of the major factors for the K20 series’ success, it’ll be interesting to see how the market reacts to K30 and the K30 Pro, which will separately launch later in 2020.

The battle of higher refresh rates!

2019’s been the year of 90Hz smartphone displays. While OnePlus 7 Pro and Google Pixel 4 were some of the mainstream smartphones with the feature, manufacturers like Samsung and Apple are still in line to incorporate a higher refresh rate display.

Now, it looks like Xiaomi is gunning for an even higher 120Hz smartphone display on the Redmi K30. However, it’ll not be an industry-first since we’ve already seen one in the Razer Phone 2 and the Asus ROG Phone II. This was first spotted by the XDA team under a hidden setting to change the refresh rate from 60 to 120Hz. Since no Xiaomi phone as of now has such capability, it is being speculated that the Redmi K30 will have the 120Hz display.

A fingerprint scanner on the side?

The smartphone industry is heading towards an in-display/on-screen fingerprint scanners and a physical one is slowly fading out. Though there are still many phones (especially budget and mid-range) with a rear-mounted fingerprint scanner, one on the side is something of a rarity these days. The Samsung Galaxy S10e had it and few Sony smartphones have it as well.

According to the report, a piece of code extracted from MIUI 11 has a method called “isBroadSideFingerprint” which returns true to devices with codename “Phoenix” or “Picasso”. Since we already suspect that the K30 is codenamed Phoenix, the rumor of the phone having a side-mounted fingerprint scanner gets a certain level of validity.

Additionally, a graphic render titled “core_scan_gesture_broadside” illustrates a smartphone with dual punch-hole cutout and a fingerprint sensor on the right.

Furthermore, there are also rumors that it will be powered by a flagship-level MediaTek chipset with onboard 5G capability. However, Xiaomi may just go for one from Qualcomm. Also, the Redmi K30 may have Sony’s next-gen IMX686 image sensor.

Note: This article is entirely based around rumors and leaks from a couple of acclaimed tech-websites. Many of their leaks have proven to be accurate in the past. Nonetheless, it is entirely possible that they may be wrong this time.