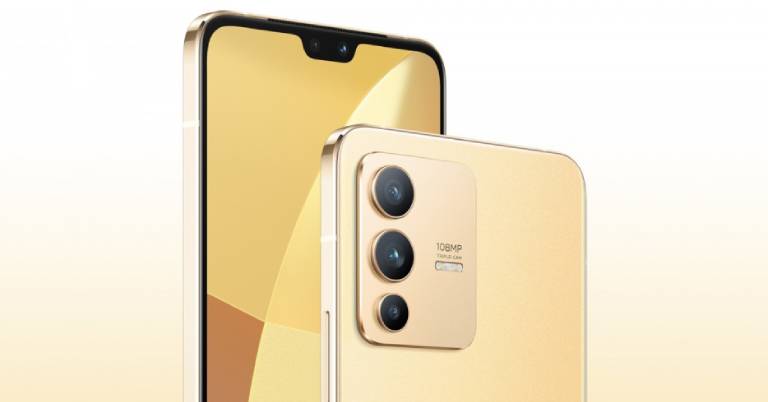 Vivo has recently launched the new S12 series of smartphones in China. It comprises two devices—the Vivo S12 and S12 Pro—and is powered by top-tier Dimensity chipsets. So, let’s get into the specs, features, availability, and expected price of the Vivo S12, and S12 Pro in Nepal.

Vivo is known for coming up with some interesting smartphone designs—and the S12 series is no exception. Here, the vanilla S12 has a thickness of 7.55mm and weighs 181 grams while the S12 Pro measures 7.36mm and weighs 171 grams. And, they visually look different as well.

The S12 Pro has a curved back and front, while the S12 sports an iPhone 13-like boxy design. Moreover, it also has that classic big-notch on the center that houses a dual-selfie camera. Likewise, the color options include Warm Gold, Island Blue, and Shining Black.

Over on the front, the S12 flaunts a 6.44-inches FHD AMOLED panel whereas, the S12 Pro features a 6.56-inch FHD AMOLED screen. They both have a DCI-P3 color gamut and a 90Hz refresh rate. However, the vanilla model has a touch sampling rate of 180Hz, while the Pro variant gets 240Hz touch sampling.

In terms of performance, the Vivo S12 and S12 Pro have a Dimensity 1100 and Dimensity 1200 chipset, respectively. It’s coupled with up to 12GB LPDDR4X RAM and 256GB of UFS 3.1 storage. For software, they boot on OriginOS Ocean based on Android 12.

Likewise, the standard Vivo S12 features a 4200mAh battery while the Pro variant has slightly larger a 4300mAh battery. They both support 44W fast charging. 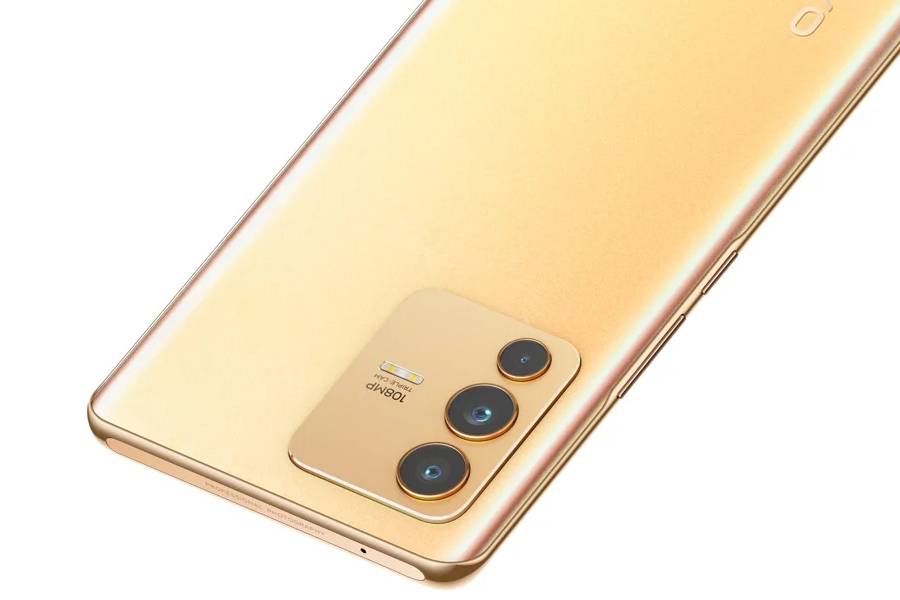 As for the optics, they include a 108MP primary, an 8MP wide-angle, and a 2MP macro sensor at the back. However, the selfie cameras in S12 consist of a 44MP primary and 8MP wide-angle lens, whereas the Pro features a higher-res 50MP main sensor accompanied by the same 8MP ultrawide lens.

Apart from that, the connectivity option includes dual-band WiFi, Bluetooth 5.2, and a Type-C port. They also have an in-display fingerprint sensor for biometrics.