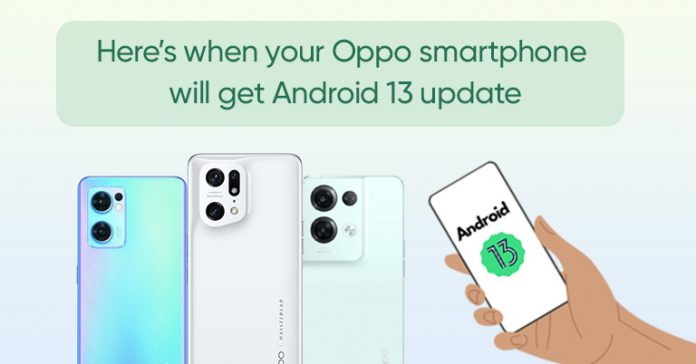 Oppo released the official version of ColorOS 13, its new Android-based operating system, in August. Alongside this, the company has also shed light on the devices that will get the new UI update. So here we will go through the list of devices that are eligible for Android-13-based ColorOS 13.

Oppo began rolling out the new Android-based skin refresh to the flagship Find X5 Series in August, the same day ColorOS 13 was made official globally. Since then, the smartphone maker has released the update to more than a dozen devices.

By the end of 2022, the company plans to leverage ColoOS 13 to 35 smartphones in 60 countries and regions. The new UI will make its way to more than 20 other devices beginning in 2023. According to Oppo, “this is the biggest update plan ever in the history of ColorOS.”

However, this is not a stable UI refresh; rather, the company is releasing the beta version of ColorOS 13. As a result, only users who have enrolled in the trial program will be eligible for the update.

But worry not, you’ll get a stable version after the company irons out all of the bugs found during the beta phase. Let’s now take a look at the ColorOS 13 rollout timeline based on Android 13.

This is the complete roll-out roadmap shared by Oppo. But the company also publishes a separate timeline at the beginning of each month to notify users about the monthly release schedule, which includes both stable and beta releases.

At the time of writing this article, the company has just announced the November rollout plan and over a dozen of devices are set to get the stable UI update. 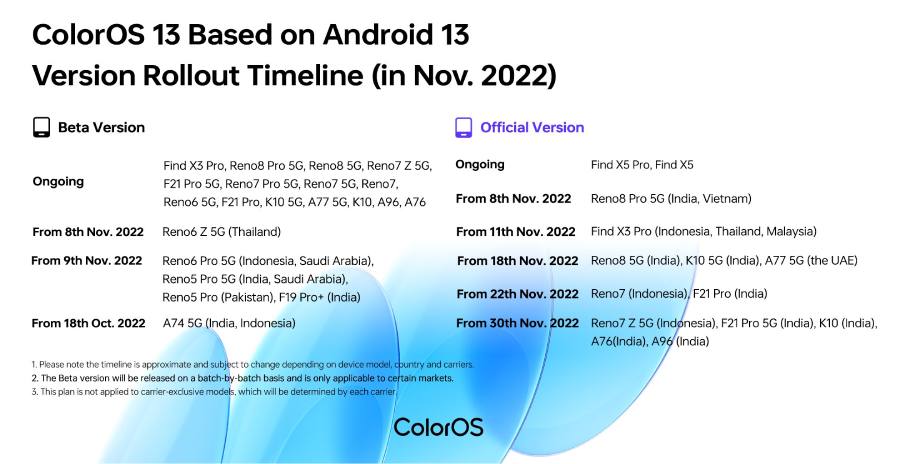 Oppo has introduced an “Aquamorphic Design” with the new skin which is inspired by how water behaves in nature. The new UI design improves the overall system layout with new fonts and typography, which improves readability. 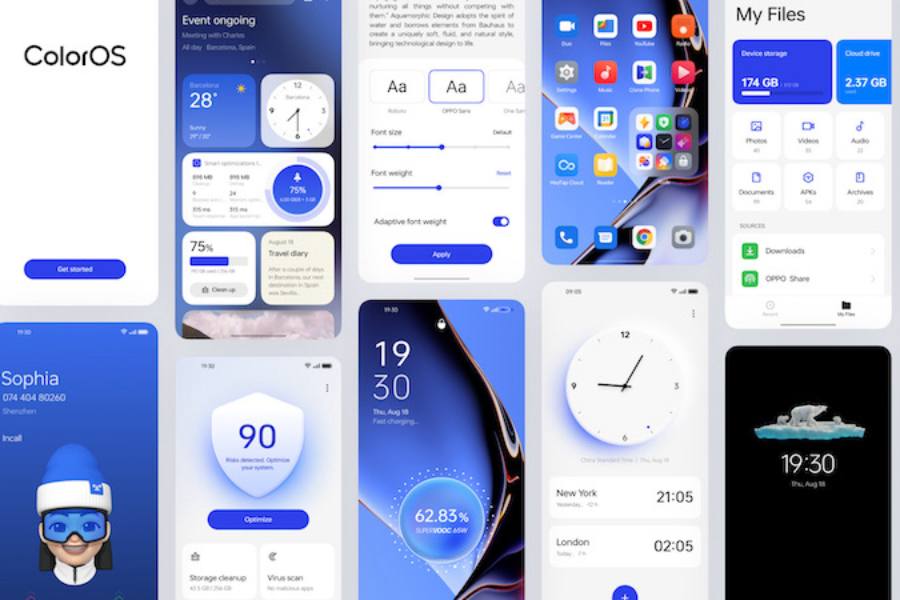 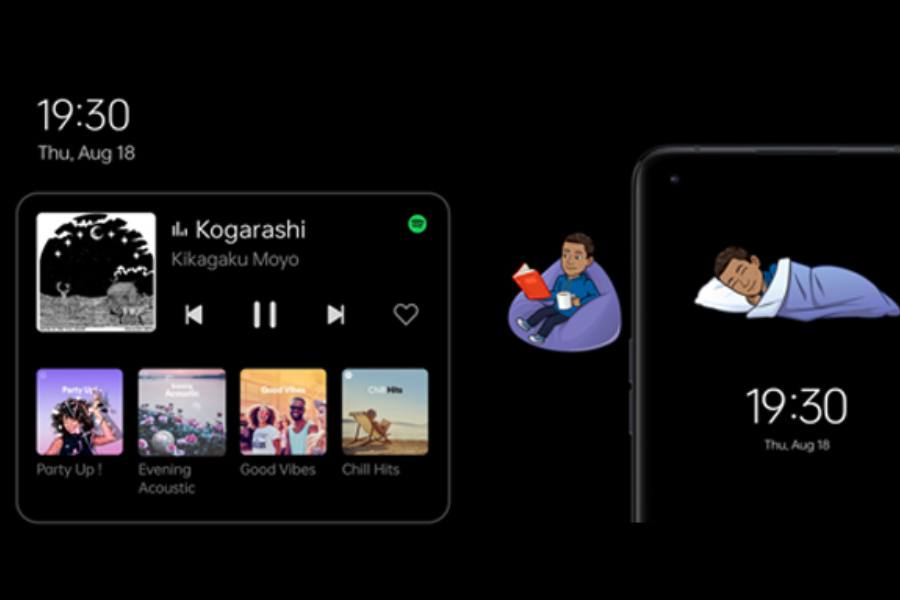 The company has also made changes to the Always-on Display feature. The screen can now display information from music and food delivery apps which provides users with easier access to information.

OPPO has also collaborated with service providers such as Bitmoji and Spotify to offer a variety of convenient and personalized experiences on the lock screen. As a result, Oppo is citing it as a “Smart Always-on Display.”

Furthermore, one of the most significant updates in the new UI is the Multi-screen connect feature. It basically allows you to connect your smartphone to the OPPO Pad Air or a PC. Thus, you will have the convenience of file transfer without the need for any hardware, which in turn will increase your productivity.

In terms of security, ColorsOS 13 from Oppo incorporates Android 13‘s underlying privacy feature. For example, the system will automatically delete the clipboard history after a short period of time, preventing information breaches or leaks. And the Nearby Wi-Fi feature allows users to connect to Wi-Fi without revealing their exact location.

Likewise, there’s a new Oppo self-developed technology, called Auto Pixelate which can automatically recognize and blur out profile photos and names in chat screenshots with a single tap.