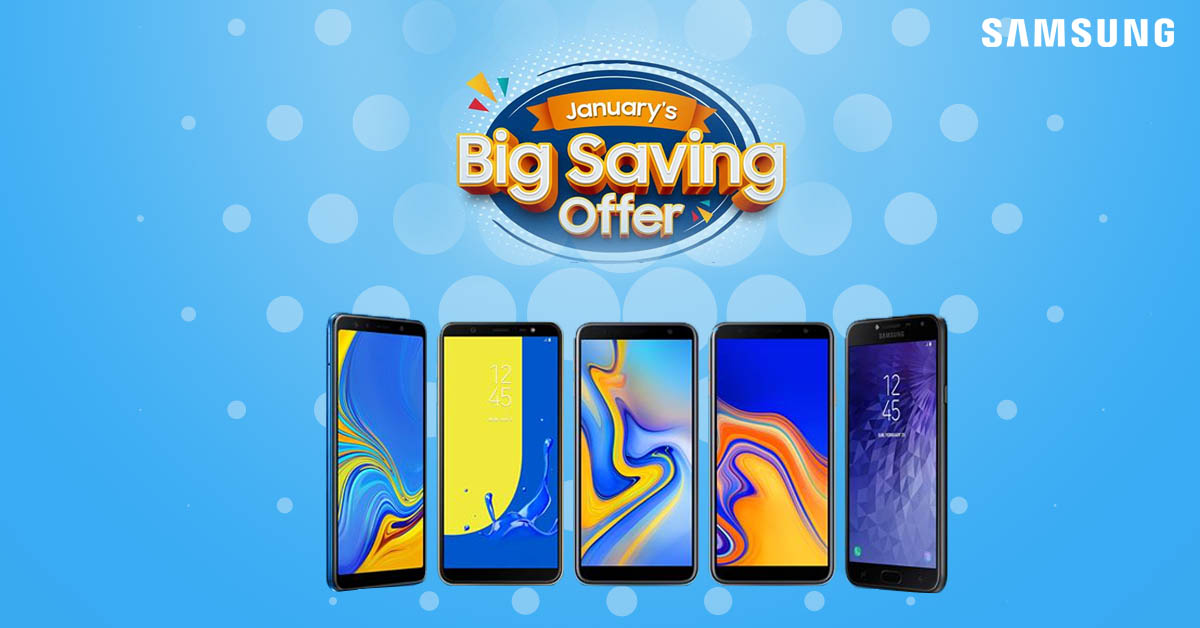 With new phones from Samsung to heat up the market soon, the company is putting out a lot of offers for their other phones. Of course, with the likes of Samsung Galaxy S10 series and Samsung Galaxy M10 coming soon along with its other M-series counterparts, it is only natural. And with this Samsung’s January Big Saving Offer, they’re offering discounts on five of their products – budget and mid-range phones. And most of them are the ones that already received discounts this New Years.

First up, it’s the Samsung Galaxy A7 2018 – known for its triple camera setup. The triple camera setup led to a lot of high expectations and not-so-high delivery. And at the time of release, with a price of Rs.43000, it would have been a reluctant purchase.

Next up, it’s the Galaxy J8. The phone, known for its fancy dual cameras was available for Rs.30000 after the New Year’s discount. And now, this good camera phone is available for just Rs.27390! Besides the good cameras, it has a 6.0″ AMOLED display going for it but a very subtle Snapdragon 450 inside.

Then, we also get discounts on the Galaxy J6 Plus, which also has dual cameras at the back. It also packs a 6.0″ AMOLED display, but with HD+ resolution. It is powered by a Snapdragon 425 chipset. In this offer, however, only the 4 / 64 GB variant gets a price drop of 2000, making the current price Rs. 23,290. Samsung Galaxy J4 and J4 Plus

Lastly, we have the Galaxy J4 Plus and the Galaxy J4. And this time, the Galaxy J4 is the new phone in this list that gets the price drop. The J4 and J4 Plus are not that different in terms of specs.

So, are these further price drops compelling enough for you to get them? Or will you wait for the M-series to make a debut in Nepal? Do let us know.