The first one of the two is Gaurav Chaudhary, a.ka Technical Guruji, who took to his twitter handle to reveal the teaser poster. This particular poster came had no serious information about the actual camera sensor. Rather, it revealed that #MegaMonster is on its way referring to Samsung Galaxy M31. But Technical Guruji confirmed that there is going to be a huge upgrade in the camera department. Until this, we were thinking that it would come with a 48MP quad-camera setup. Though it was an upgrade to Galaxy M30s  in terms of the number of sensors, the fact that the primary sensor remained the same didn’t excite us much. 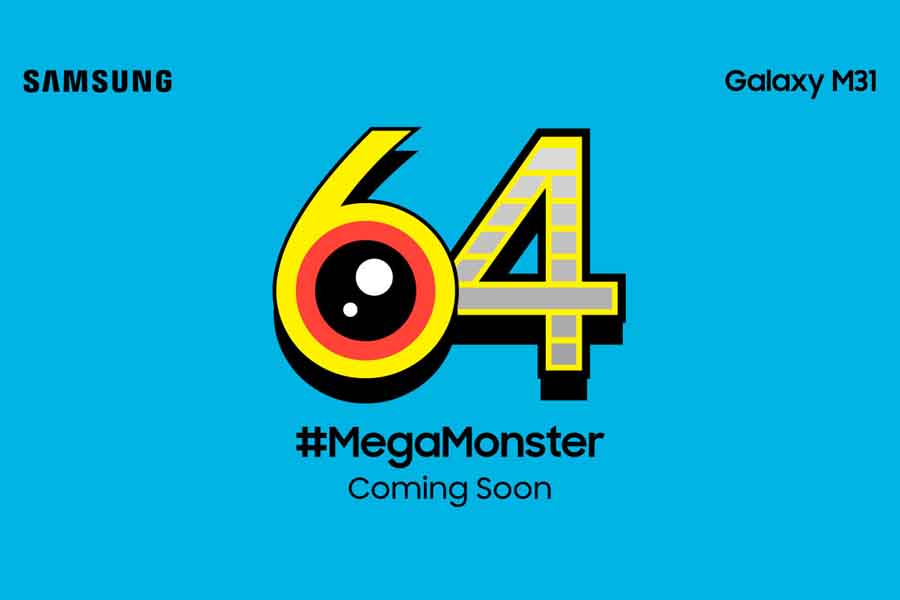 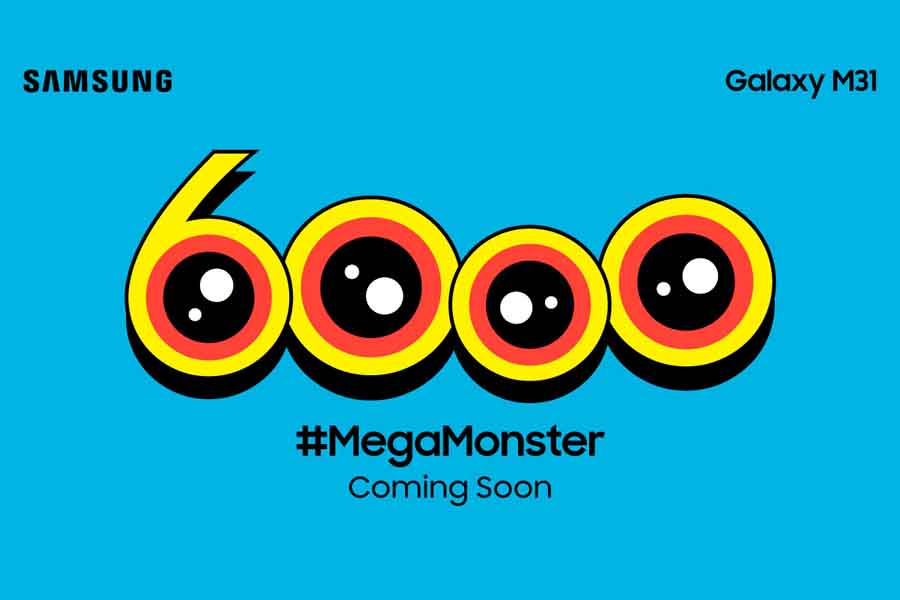 Also, check out the world’s first 5G tablet by Samsung

We believe that Samsung Galaxy M31 will come with a quad-camera setup at the back. The phone will come with a 64MP primary camera. The sensor is thought to be Samsung’s own Isocell GW1 sensor. As with the Samsung Galaxy M30 and Samsung Galaxy M30s, the primary sensor will be accompanied by an ultra-wide-angle sensor and a depth sensor. This time around, Samsung will also include a macro senor. Good news for people who are actually into macro photography. It is reported that the camera sensors will be arranged in an L-shaped camera module.

Since Realme launched the Realme 5 with the quad-camera setup, almost all of the brands in the mid-range price segment have joined them creating a trend. Right now, almost all of the smartphones leading the race in the mid-range segment to come with the quad-camera setup. It includes Realme XT, Redmi Note 8 Pro, Realme X2. And now, Samsung seems to have joined the list with its Samsung Galaxy M31.

Also, check the launch date of Poco X2 in Nepal

The recent teaser of the camera specs adds to the information we already have about the specs of the upcoming device. The Samsung Galaxy M31 will come with Samsung’s Exynos 9611 chipset under its hood. While we were expecting Qualcomm’s Snapdragon 665, the Geekbench database revealed that it will be powered by the same Exynos 9611 which powers the Galaxy M30s. It will come with four Cortex-A73 cores clocked at 2.3Ghz and four Cortex-A53 cores clocked at 1.7Ghz. Graphics will be handled by Mali- G72 MP3. The Geekbench database also suggested that the phone will come with 6GB of RAM and 128GB of internal storage onboard. It will come with the latest Android 10 with Samsung’s One UI 2.0 on top.

The Samsung Galaxy M31 launch is nearer than it has ever been. If the recent price-drop of Samsung M30s is any indication, we might be able to see the phone no later than next month. However, we expect the phone to go official along with Samsung Galaxy M11 within this month after Samsung unveils the Samsung Galaxy S20 and Samsung Galaxy Z Flip. Considering the competition in the mid-range segment, the device should come with aggressive pricing.