Home NEWS Nepal Telecom’s VoLTE will work in “Made in India” phones: Here’s why 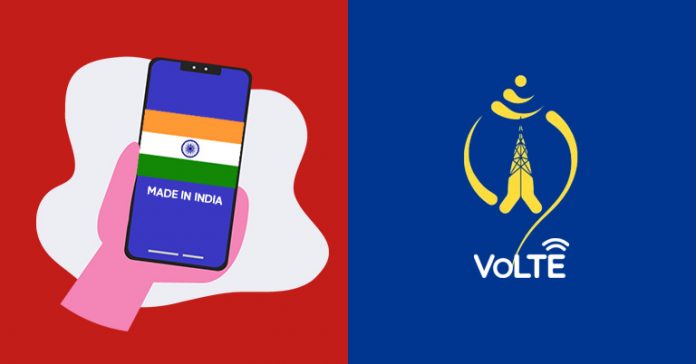 Nepal Telecom has officially launched VoLTE service in the country. However, we found some false news circulating on the internet claiming that “Made in India” phones do not support VoLTE service. So, what exactly is the situation, and are the rumors circulating true or false? Let’s find out.

VoLTE support in Made in India phones:

After NTC launched VoLTE, only a handful of subscribers have been able to use the service. In this regard, rumors abound that “Made in India” phones do not allow VoLTE. However, this is not the case.

The first and foremost reason your smartphone(s) isn’t accepting 4G voice-over service is that your handset might not be on the VoLTE supported list. Right now, NTC says the following phones support VoLTE in Nepal:

NTC is testing this service for public use for the first time, and the initial round of support is exclusive to specific handsets. But don’t worry, the service will shortly be available on other smartphones as well. Similarly, even if your smartphone was purchased or imported from India, you can use the VoLTE service without giving it a second thought.

The thing is, Nepal Telecom uses two bands to distribute 4G connectivity in Nepal. They are Band 20 (800MHz) and Band 3 (1800MHz). On the contrary, Indian smartphones (specifically, the smartphones manufactured for the Indian market) do not support the 800MHz frequency band.

The battle of the “Bands”

That means, they can not utilize Band 20. Likewise, as aforementioned, NTC also employs Band 3 (1800MHz), which is assisted by Indian handsets. This means that smartphones imported from India endorse the frequency of 1800 MHz, allowing you to experience VoLTE service without fear.

Note that, to use VoLTE, your smartphone should accept either Band 20 or Band 3. You don’t need both frequencies to work at the same time but it’s a plus for you if your smartphone supports both bands.